Team 17 has announced a new entry into its long-running Worms game franchise. Worms Rumble is quite a departure for the series as it shifts seismically from turn-based to real-time competition. Heralded as "Worms reinvented," this latest outing takes Wormy characters and weapon favourites like the Banana Bomb and Holy Hand Grenade, makes the combat real-time, and adds a sprinkling of modern gaming genre buzz-terms such as; arena-based, 32-player cross-play, deathmatch, and Battle Royale.

Above you can see the official Worms Rumble announcement trailer. You will see what looks like a frantic and explosive real-time game being played. The game characters look like the modern Worms of recent games, and some signature weapons are used in the game but, as mentioned in the intro, the real-time game play is a very big departure.

You will observe that the battle takes place in what appears to be a 2.5D arena, which seems to be mostly missing another key Worms feature - environment destructibility. In the comments on the video, Team 17 says that the game environment does feature some destructible elements and elements that can be destroyed in the battles varies between maps.

I enjoyed the original Worms game on the Amiga, adding humour, slick graphics, and a team-based twist to the destructible environment artillery genre popular in shareware libraries at the time. Having tried various PC and console incarnations since then, none have managed to provide the same hook to keep me playing. Worms Rumble is so different from the original premise that it is hard to decide, at this early stage, whether it would be a fun pick up and play title or not. 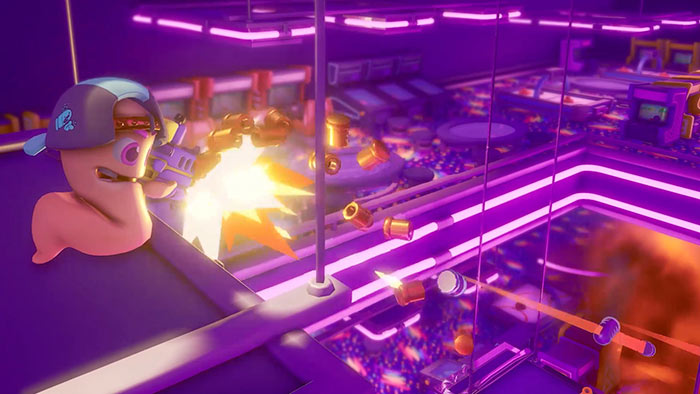 Worms Rumble is coming to PC, PS4 and PS5 later this year. If you feel like an early taste and would like to help shape the shipping product, PC users can sign up for the Worms Rumble Steam Beta which will become available from 15th July.

Marcin Gollent, Lead Graphics Programmer at CD Projekt RED recently took part in an interview with PCGamesHardware.de. According to Gollent, the PC game requires DirectX 12 to play, so you will need Windows 10 or Windows 7 with the DX12 runtimes. The decision was apparently made due to DX12 being the birthplace of DXR and easy portability to the Xbox console family.

In case you didn't notice, Crytek never went live, as it had promised, with its first Crysis Remastered gameplay trailer earlier this week. An excuse was delivered via Twitter yesterday, with the now well-worn explanation that more time is required to give a thorough polish to the game. This action might have been inspired by criticism of a leaked version of the gameplay trailer for being unimpressive. Check out a currently live version of the leaked remaster trailer below (available in up to 1080p) and see what you think.

Posted by EvilCycle - Thu 02 Jul 2020 13:03
Crysis remaster isn't exactly mind blowing like people had hyped and hoped (probably why the unimpressed remarks) but I think it looks quite good, the physics are still great today (barring the rigid trees). Also, if that neon noir tech demo was anything to go by then ray tracing will perform great on it too, looking at the reflections in particular it seems they are using it but this is a 1080p compressed youtube video, it is bound to look better than this in action.
Posted by ik9000 - Thu 02 Jul 2020 13:24
I still have worms armageddon. Great for plane/train journeys.
Posted by Tabbykatze - Thu 02 Jul 2020 13:59
The Worms Rumble looks absolutely chaotic and terrifyingly capable at breaking friendships (just like the original worms), I need it
Posted by philehidiot - Thu 02 Jul 2020 17:06

Tabbykatze
The Worms Rumble looks absolutely chaotic and terrifyingly capable at breaking friendships (just like the original worms), I need it

Broke a relationship for me.