Today is the 21st anniversary of the release of the original Half Life. To mark the occasion, Valve has lined up a new Half Life game - but it isn't the fabled 'Half Life 3' - it's a new "flagship VR game," called Half-Life: Alyx.

In a tweet a few hours ago, Valve wrote that "We're excited to unveil Half-Life: Alyx, our flagship VR game, this Thursday at 10am Pacific Time." Alongside the tweet the games developer and publisher didn't even provide a solitary teaser video, or even a screenshot, just the graphic you can see below. This was the first ever tweet from the Valve Twitter account.

From the name of the game we can guesstimate that the game character you will be filling the shoes of in VR is Alyx Vance, who was Gordon Freeman's co-star in Half-Life 2 and its two add-on episodes. Those who played those games will probably remember that the last time Alyx was in the game she was in mourning due to the death of her father, at the conclusion of Half-Life 2 (2007). Perhaps Half-Life Alyx will shine some light on what happened next. 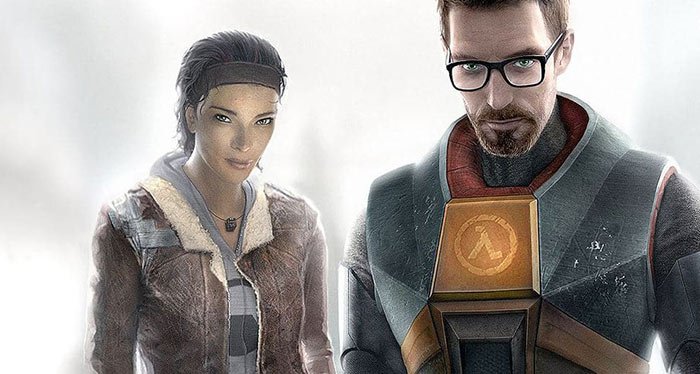 The reason for Valve's threadbare tweet might be as Half-Life: Alyx was leaked by PC Gamer yesterday. The gaming magazine got hold of a transcript of Geoff Keighley's speech at The Game Awards (scheduled for 12th Dec) mentioning the title. The script included a release date for Half-Life: Alyx of March 2020. March isn't far off in Half-Life terms but gives fans plenty of itme to shop for a VR headset if they don't already have one.

Posted by tomcoleman - Tue 19 Nov 2019 10:35
VR only? - this will be make or break. VR setups for a decent game play arent cheap. anything below par will just annoy the end user with poor GFX and framerates. Valve taking a big gamble here.
Posted by spacein_vader - Tue 19 Nov 2019 10:42
I assume Valve started work on this when it looked like VR might take off but it's taken so long to develop that they've missed the boat.
Posted by cptwhite_uk - Tue 19 Nov 2019 10:45
If you're spending upward of £400 on the headset, £200 for a card that's going to give you a reasonable expereince shouldn't be a problem.

Any of those would be a good baseline. Yes you can ‘do’ VR on 1060 / RX 570 / RX 580 / GTX 980 / GTX 970, but you'd be playing at minimum settings to maintain framerate.
Posted by EvilCycle - Tue 19 Nov 2019 11:35
I really enjoyed the lab, very polished and fun for a tech demo (a lot of content considering too) so it will be interesting to see what content is in this, HOWEVER, considering valve are selling their own headsets they are way past their due to release a proper full VR title which is a crying shame. I really enjoy VR as a whole and wish the tech would mature and the prices become cheaper so that developers will invest more time to it. There is already a lot more content out there than a lot of people realise but only a small portion of it contains decent re-playable titles, to this day Superhot is still one of my go to games on VR, although the creed boxing game is good exercise and no mans sky can be great fun too, if one of these companies marketed the fitness aspect of VR and produced a bundle of training software alongside a good value headset… then it could be seen as a great modern alternative to a Nintendo Wii, but they would need to streamline the install as VR can be a bit of a faff unless you are used to messing with wires and technology.
Posted by jim - Tue 19 Nov 2019 11:38
Didn't the Mayans predict this?