Just ahead of the weekend Square Enix, Eidos - Montréal, and Crystal Dynamics officially revealed Shadow of the Tomb Raider. Gamers got a first look at the title in action via the official ‘The End of the Beginning’ reveal trailer, which is embedded directly below. 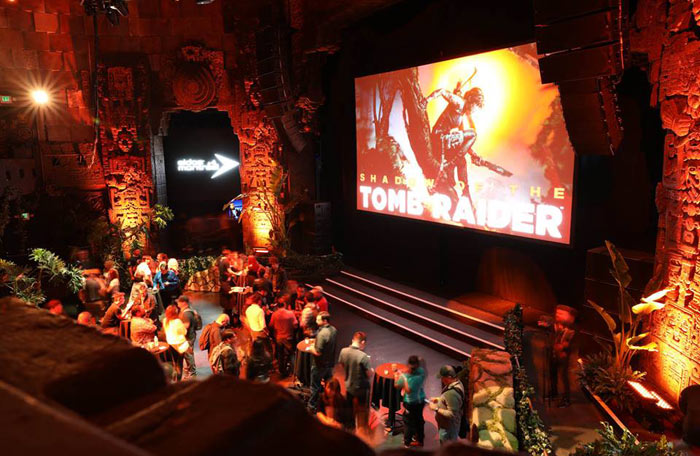 At the special unveiling event everyone looks at their smartphones instead

A separate press release talks about Nvidia’s contribution in bringing the latest Tomb Raider to PCs. “Nvidia will lend its gaming and PC development expertise to help bring the PC platform's advanced gaming features to Shadow of the Tomb Raider,” says the release, published by Gamasutra. “This effort will help maximize the performance benefits of the Nvidia GeForce GTX 10-series GPUs for PC gamers across the world.”

Nvidia also published its own blog post about the release, in which it claims the GeForce powered Shadow of the Tomb Raider PC gaming experience will be “the definitive PC version for the Tomb Raider series,” thanks to GeForce technologies, GeForce Experience features, and Game Ready Drivers.

If you like the look of this game, it will be coming to the Xbox One family of devices including Xbox One X, PlayStation 4 computer entertainment system and Windows PC/Steam. Pre-orders are available now for the Standard, Digital Deluxe, Croft, and Ultimate Editions. There will be a Season Pass – more info to come on that. Shadow of the Tomb Raider is scheduled for release on 14th September. 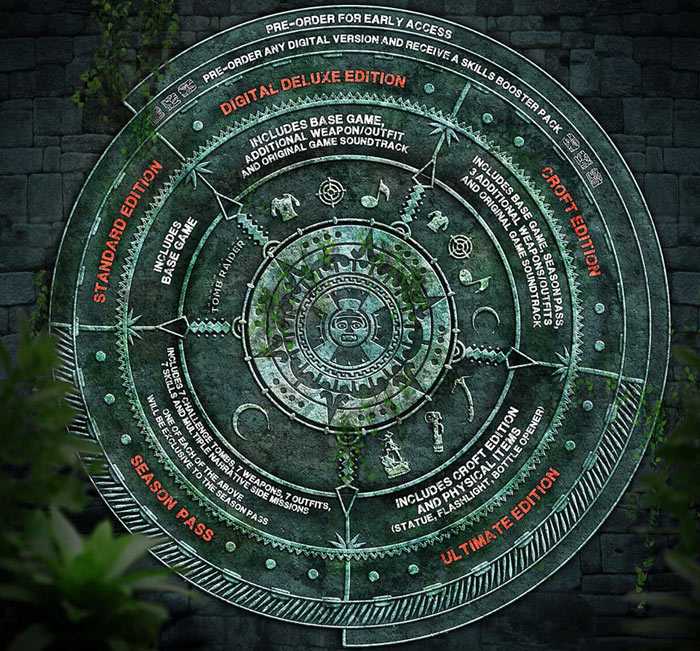 Posted by excalibur1814 - Mon 30 Apr 2018 12:56
It would be AMAZING if every single person, that wanted to buy the game, went for the standard edition. It's the only way to stop all of this rubbish from happening. In ye olde days devs actually created stuff for FREE!
Posted by CAT-THE-FIFTH - Mon 30 Apr 2018 12:58
So like the last one,it will use Purehair which was developed with AMD,and after Nvidia sponsored the game,all references to AMD were dropped from any Square Enix blurb. OFC,AMD PR probably were oblivious to all of this.
Posted by Ttaskmaster - Mon 30 Apr 2018 13:14
And just like the last ones, I'll wait a few years until I can pick up the über-Ultimate edition for just a few squid. More so, since there's so little Tomb Raiding and so much more shooty-shooty Far Cry action in this reboot series.

I don't care what outfits and cosmetic items are included/available. I'm only interested in the DLC story content anyway…
Posted by ajax2061 - Mon 30 Apr 2018 13:36
enjoyed the last two will probably buy this though I only ever buy std versions
Posted by Ttaskmaster - Mon 30 Apr 2018 14:48

I hate getting an std….