Valorant is a popular free to play first person hero shooter which majors in 5 vs 5 competitive online multiplayer action. The game was officially released just over a year ago and is developed and published by Riot Games, also famous for the very popular League of Legends (often referred to as LOL), a free to play MOBA.

If you check out the Valorant PC minimum and recommended specifications pages, you will note that, like many such f2p titles looking for widespread adoption, its demands are rather low. The top-tier 'high-specification' PC it recommends for 144Hz gameplay, for example, is a PC with an Intel Core i5-9400F or an AMD Ryzen 5 2600X or better, an Nvidia GTX 1050 Ti or an AMD Radeon R7 370 or better, plus 4GB of RAM, and a 64-bit OS (Windows 7, 8, 10).

With the above in mind, it appears odd that Valorant, when installed on Windows 11 systems, is being very strict about hardware specs. More precisely, it has been spotted (by AntiCheatPD via XDA Developers) that "Valorant has started to enforce both TPM and Secure boot if you are playing on Windows 11 to ensure a trusted platform when playing Valorant." The AntiCheatPD, goes on to assert that "Riot Vanguard team yet again leading the anti-cheat industry in the right direction for competitive integrity".

Regular HEXUS readers will be aware of Windows 11's minimum hardware requirements, and the minor tweaks they have been through despite enthusiast outcry. In summary, Microsoft says Windows 11 will only be offered as an upgrade on systems with an Intel Coffee Lake / AMD Ryzen 2000 CPU or newer, DX12 compatible graphics, 4GB of RAM, 64GB storage, Secure Boot, and TPM 2.0 security. Since that initial launch info, Microsoft has added a few outlier CPUs to the compatibility list, and confirmed that users will be able to install Windows 11 final from the ISO images that will be made available on any minimum spec CPU-based system (1GHz+, 2C/2T+) but won't be catered for by Windows Update.

If you are one of those that do use the Windows 11 ISO install loophole (or are currently testing the beta on a similar system) then that won't be OK to play Valorant. The AntiCheatPD welcomes this stringency by Riot Games, saying that "This will make it much harder to cheat, and not only that HWID [hardware identifier] bans will finally not be bypassed due to how TPM works, but this strategy should be adopted. To every game." 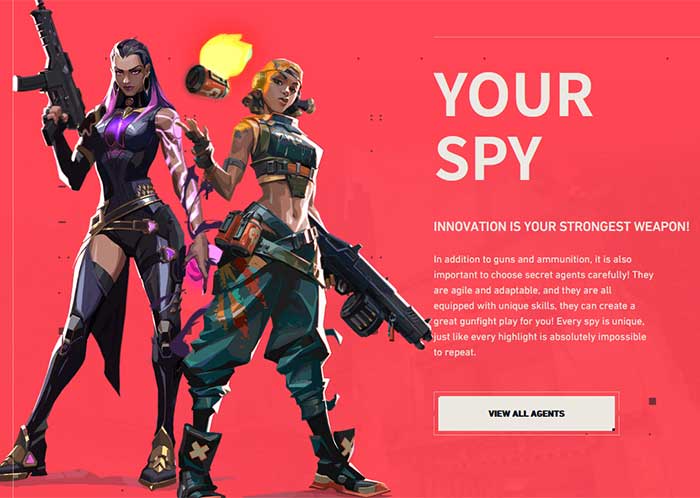 Sadly, at this time, Riot Games hasn't made any public statements on this feature spotted in Valorant / Vanguard anti-cheat system. It would be good to know its thinking on this particular move. Probably more important to many would-be Windows 11 adopters, who might be tempted to force upgrade using the ISOs, is whether other publishers are going to follow suit. Similar moves by popular PC stores like Steam, Origin, UPlay, EGS and games on these platforms would be highly impactful.

Posted by Tabbykatze - Mon 06 Sep 2021 12:42
I poopooed a lot of people about the usage of TPM 2.0 and its need on Windows 11. It's a useful security aspect, it would be silly to use it fundamentally control how you use your software.

I stand, genuinely and entirely, corrected. It was not naivety that made me think it silly to use a security hardware tool to mandate how you use your software, that would be a gross overextension of the infection of a game into kernel level control. But here we are.

Enough checks can be done without the need of TPM and this also fundamentally runs the risk of you buying a computer/laptop off someone and find you can't play Valorant because the previous user was banned.
Posted by Gentle Viking - Mon 06 Sep 2021 13:22
This game look to have so much BS it it that i would not even try it even if it is free, i am pretty sure my good mood would take a severe hit.
Posted by kalniel - Mon 06 Sep 2021 13:46

Tabbykatze
Enough checks can be done without the need of TPM and this also fundamentally runs the risk of you buying a computer/laptop off someone and find you can't play Valorant because the previous user was banned.

Surely TPM is about securing your own credentials, not using someone else's (even if they had been using the machine as well)?
Posted by LSG501 - Mon 06 Sep 2021 13:49
Kernel level access (with some rather poor pr comments from riot) and forced tpm etc…. way to kill your game riot lol, not to mention the fact it could completely screw over a pc install if something is dodgy.

I'm all for stopping cheating affecting my experience of a game but this is not the way to go about it imo. Yes there are some benefits to ‘permanently banning’ users but false positives do happen.

As someone who uses their pc's mainly for work and the odd game, I don't want things tapping into kernel level OS ‘features’ where they have the potential to screw over the OS and essentially cost me time and money.


Who knew TPM would be used in such a way that is bad for the users…. clearly companies have forgotten that WE own our pc's not them.
Posted by Tabbykatze - Mon 06 Sep 2021 14:29

kalniel
Surely TPM is about securing your own credentials, not using someone else's (even if they had been using the machine as well)?

It can be used to infer a hardware identity that can persist through reinstallations. I presume this is the case because they would be able to account for a TPM reset occurring.