Microsoft has decided to make a big change with regard to revenue splits to further its "player-first" gaming philosophy. It says that something that will help it be successful in its plans is helping games developers be successful on its platforms (i.e. Xbox and PC). Thus, from 1st August this year, it will reduce its Microsoft Store PC revenue split from 30/70 to 12/88.

Microsoft's impending change will mean that it matches the Epic Games Store in its developer income friendliness. Epic Games founder and CEO Tim Sweeney, was surprised by Microsoft's move, but you get the feeling he welcomes it. That leaves Steam as a major outlier, taking a 30 per cent cut of revenue from games sold on Steam, which reduces on a sliding scale to 25 per cent when sales hit $10 million, and then 20 per cent after $50 million. 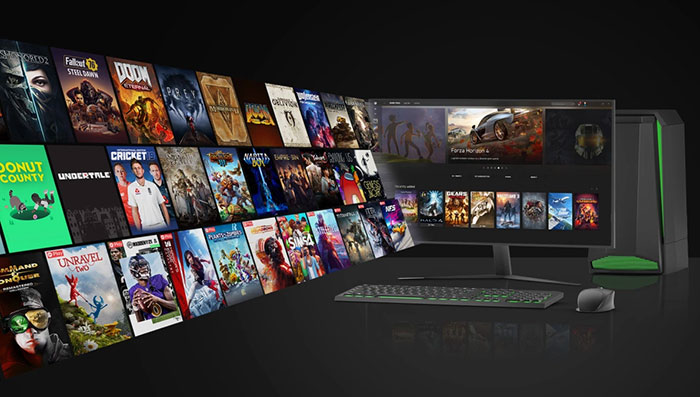 "As part of our commitment to empower every PC game creator to achieve more, starting on August 1 the developer share of Microsoft Store PC games sales net revenue will increase to 88 per cent, from 70 per cent," explained Matt Booty, Head of Xbox Game Studios. "A clear, no-strings-attached revenue share means developers can bring more games to more players and find greater commercial success from doing so."

A recent survey by the GDC organisers revealed that the typical 70/30 revenue split offered by digital storefronts was widely disliked. Only three per cent of respondents thought this split was fair. Above we have mentioned the PC games stores, but developer pressure has also seen tech titans like Apple and Google flinch. Both Google Play and Apple Store will soon reduce their cut to 15 per cent for developers that sell under $1 million in a year. However, when/if this milestone is passed Apple will impose a claw-back on the deduction to make it up to 30 per cent.

Posted by cheesemp - Fri 30 Apr 2021 10:35
Good move but how many games are bought on the Microsoft store? I use but only because of Game Pass - I wouldn't buy anything. Microsoft themselves sell most of their new titles from steam anyway?

Still saying that anything that puts pressure on steam/apple/google to reduce the cut is good. These store fronts deserve a cut but 30% is crazy considering the sizes of the operations.
Posted by GinoLatino - Fri 30 Apr 2021 11:04
If you go by writing “per cent” every time instead of using the proper symbol “%”, why don't you also write “dollars” instead of “$”?
Make your articles more readable please.
Posted by Tabbykatze - Fri 30 Apr 2021 11:44

GinoLatino
If you go by writing “per cent” every time instead of using the proper symbol “%”, why don't you also write “dollars” instead of “$”?
Make your articles more readable please.

That's such a finicky pedantic thing to get annoyed about.
Posted by Spud1 - Fri 30 Apr 2021 12:22
Good stuff really, not that I buy anything from their store (same approach as cheesemp here…only use it for GamePass) but this doesn't hurt :)

As long as they don't take the anti-competitive Epic style stance and start bribing publishers to steal games from other storefronts of course, but that's not their typical MO really…MS prefer to just buy them out and still sell their titles elsewhere, recognising that the more options consumers have the more sales they will get :)
Posted by Usernamist - Fri 30 Apr 2021 12:25
A purely symbolic move, but a good one nonetheless.

Nobody should “buy” games from a store that won't let you own them.