Yesterday Microsoft managed to get its planned acquisition of ZeniMax Media approved by the likes of the FCC in the US and the European Commission on this side of the pond. Shortly after those regulatory hurdles were successfully overcome the firm announced that it had officially completed the acquisition under scrutiny. Microsoft's Phil Spencer commented that it was an "exciting day for Xbox," as it meant that "eight incredibly talented development studios" and their communities would be joining the Xbox family.

Microsoft's $7.5 billion deal has netted it the following iconic and well known games development studios; Bethesda Game Studios, id Software, ZeniMax Online Studios, Arkane, MachineGames, Tango Gameworks, Alpha Dog, and Roundhouse Studios. Now the deal is done and dusted, Microsoft's goal is to "give these teams the best foundation for doing their greatest work and to learn from them as we continue to build Xbox into an inclusive platform for all players," wrote Spencer on the Xbox Wire news blog. 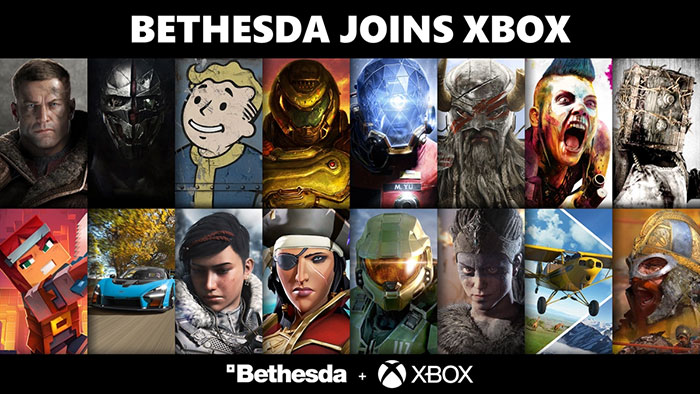 With regard to the daily operation of the acquired games studios, Microsoft says it will be doing its best to empower the adopted creative teams. Of course, it hopes to more than maintain the quality and rate of output that made these studios what they are today.

Going forward the best place to experience new Bethesda games will be on Xbox consoles, PC, and Game Pass, says Microsoft. Moreover, Microsoft's gaming platforms will be the only place for such fun as "some new titles in the future that will be exclusive to Xbox and PC players," Microsoft reveals.

Spencer signed off his Xbox Wire blog post by looking forward to existing Microsoft development teams and newly arrived ones from ZeniMax working together. It sounds like Microsoft wants to get up to speed quickly with the newly adopted studios' plans and thus later this year it intends to share with the gaming community on what the joint plans will be. Perhaps we will see a roadmap of sorts.

In the meantime Microsoft will celebrate the acquisition by adding more Bethesda games titles to the Xbox Games Pass later this week.

Ermmm…. hate to remind you, but THIS has always been the case. If anyone remember the release of Skyrim on PS3… this will bring back memories. It was atrocious, I had Skyrim on 360 and PS3 later on, and the PS3 version was not fun to play! Here's a reminder: https://www.ign.com/wikis/the-elder-scrolls-5-skyrim/PlayStation_3_Issues
Posted by lumireleon - Wed 10 Mar 2021 13:28
And Sony will acquire EA studios? capitalism version 2.0
Posted by loftie - Wed 10 Mar 2021 14:01

Kanoe
Microsoft: Please let us transfer the games we have on Bethesda Launcher to the Xbox Game App so I can get rid of a game launcher. Thanks.

If FO76 is one of those games, you can link your bethesda account to steam and it'll be added to your library after a little while.
Posted by maxopus - Wed 10 Mar 2021 16:15
I've never liked it when big companies do this. They'll drain it of any creative talent so it'll be Todd and a few dozen mindless drones churning out mediocre garbage every few years.

I was hoping a new Elder Scrolls game would be due soon but now that MS is in charge they'll probably turn it into a battle royale game.. its been about 5 years since everyone else did them.