Games developer Bungie has hit upon an interesting new policy for its Destiny 2 F2P players. It has decided to make SMS validation mandatory for all free players who wish to indulge in a spot of Pinnacle level PVP in the game's Trials of Osiris, Competitive Crucible and Iron Banner modes. It has taken this step in order to reduce the number of banned cheaters making and activating new accounts so easily. 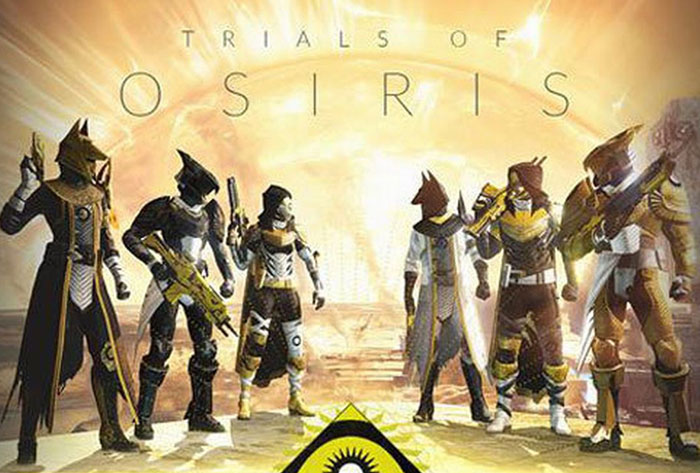 Destiny 2 players who have purchased one of the game's expansions, such as the recently released Beyond Light, will continue to have access to these Pinnacle activities with or without SMS verification of their accounts. This measure is hoped to address a growing problem with PC users cheating which some say has taken a lot of the fun out of the game for several months. Banned cheaters found it easy to return to the game with easy access to throwaway email addresses. In some parts of the world it isn't so easy to buy, or obtain for free, multitudes of SIM cards. 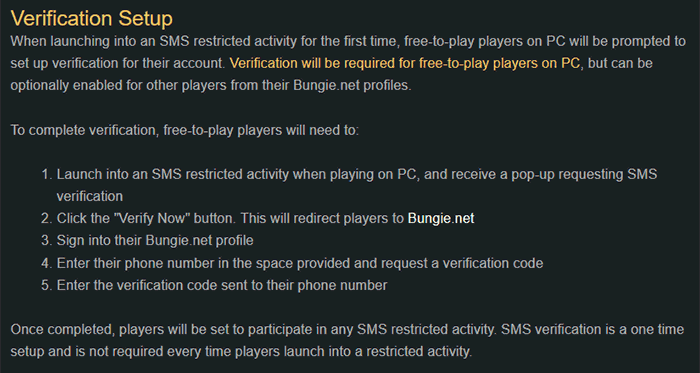 The SMS verification process is a onetime thing for any particular phone number and game user. You won't have to do it every time your fire up the game, these Pinnacle level PvP modes, or even periodically. It looks like the SMS verification was influenced by Activision's two factor authentication policy for the bumper crop of F2P players in Call of Duty: Warzone. Activision's move looks to have paid off in limiting the amount of cheating there.

On the other hand, I don't give out my phone number easily, and certainly not for this.

And on the, ummm, third hand - I don't play this kind of game online anyway, so … nowt to do with me.
Posted by Kato-2 - Fri 11 Dec 2020 13:33
F'off bungie you've gone over to the dark side.
Posted by sinhaomar - Fri 11 Dec 2020 16:51
The SMS verification process is a onetime thing for any particular phone number and game user. Well, on the one hand, I hate cheaters too.
Posted by brainphrozen - Fri 11 Dec 2020 23:28
Hey Bungie go F yourself
Posted by markzero - Sat 12 Dec 2020 05:05
I got the game when it was at Battlenet, including a couple of the expansions, and when it moved to Steam I don't think I was treated any different from the newbie F2Pers. Especially when they started removing the paid content. Learned my lesson.