CD Projekt Red has just announced that it is delaying the release of Cyberpunk 2077 by 21 days. The three week delay is due to a number of factors but the two main culprits fingered by CDPR are; the nine platforms it needs to be readied for and the work from home policy in place due to the pandemic. 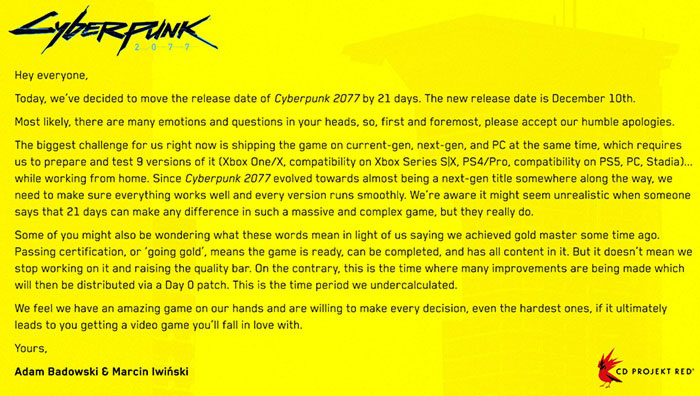 The above might sound rather familiar. Cyberpunk 2077 has already been in the headlines for delays this year; in January we got notice that this sci-fi action RPG was delayed from an April release to the 17th September, in mid-June CDPR announced it would be delayed until 19th November.

The excuse we heard back in June was that the game was ready but would benefit greatly from "finish playtesting, fixing and polishing". At the time CDPR asked for gamers to be patient while it endeavoured to "make the game perfect". Now, history seems to be repeating, despite reports of widespread crunch. 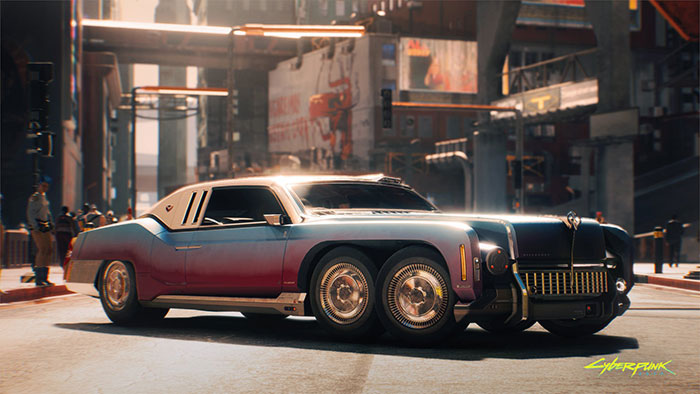 Looking at the social media release from CDPR today it is highlighted that there are more consoles to ready the game for due to the arrival of the next gen machines from Microsoft and Sony, as well as the Stadia platform – all contributing to extra development and QA work. Cyberpunk 2077 evolved into a next gen title this year and it has of course added to the workload.

CDPR claimed that the game went gold some time ago, but reminds readers that going gold doesn't mean work is finished and a lot of important fine tuning is done preparing games like Cyberpunk 2077 for general consumption via the day-0 patch. 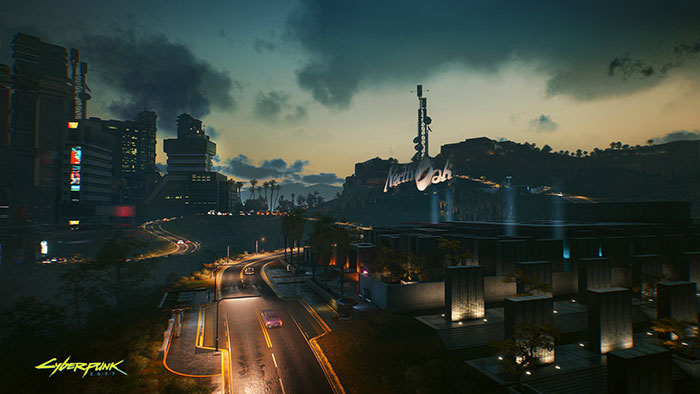 The delay notice ends on a positive note, reminding those following Cyberpunk 2077's development that "we have an amazing game on our hands... a game you will fall in love with".

The new release date for Cyberpunk 2077 is Thursday 10th December. Use a soft pencil to mark that on your calendars.

CAT-THE-FIFTH
Need to add that RTX??;) Hope its for better optimisations for the AMD GPUs??

Probably the playtesters were getting dazzled by all the fake chrome, which suddenly popped up in Night City in the latest build!! :P
Posted by Tunnah - Tue 27 Oct 2020 19:22
Obviously I'm disappointed but holy rubbishrubbishrubbishrubbish did it make me laugh
Posted by ilhares - Tue 27 Oct 2020 19:23
I'm more annoyed at how every delay they've had seems directly linked to nVidia 30-series card problems. First their delayed release/launch, now the supply chain issues. They're doing an excellent job of demonstrating why you should never pre-order anything. They've got your money, and now it's one delay after another. If the game was supposedly done in April and was at the “could benefit from a little polish” stage, go ahead and release it now. We don't need to sync the launch across all platforms.