Games development and publishing giant Ubisoft has revealed its plans for a digital showcase to make up for the loss of the E3 2020 show. The firm's first digital conference has been dubbed 'Ubisoft Forward' and its will provide an "E3-style showcase with plenty of exclusive game news, exciting reveals, and much more," says Ubisoft. Expect to be able to tune in to watch a live stream via the usual channels (Twitch, YouTube etc) on 12th July, with the event starting from 8pm UK time. 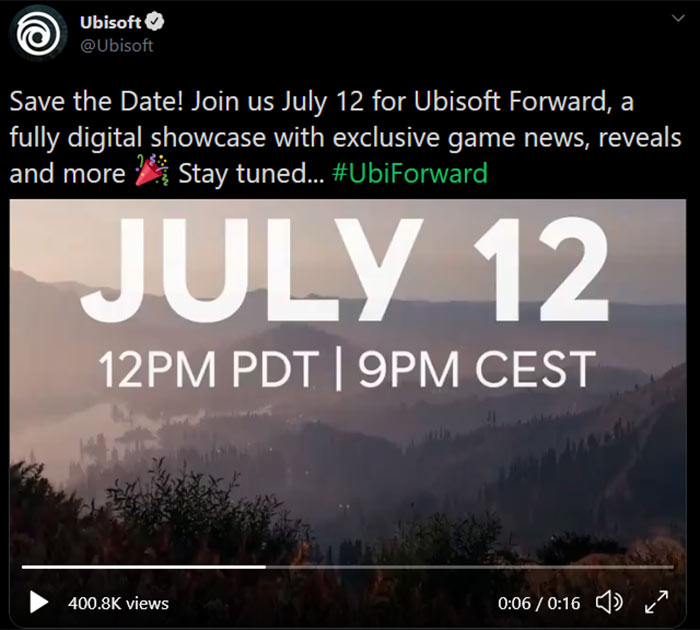 Ubisoft hasn't teased any specific announcements. As well as the announcement blog post I've had a look over Ubisoft's social media this morning and there is nothing but a short video clip showing a lush valley, which wasn't recognisable from any Ubisoft game I know (perhaps someone will enlighten me in the comments).

Without any guidance from Ubisoft it is still quite easy to make some predictions about the news and reveals. First of all we should see more enlightening footage of Ubisoft games running on next gen console hardware. Secondly there is a lot of Assassin's Creed Valhalla publicity right now, and that should continue to be the case at Ubisoft Forward. Remember, Valhalla will be available in time for Xmas on the Xbox One, PlayStation 4, PC and Stadia - as well as next gen consoles. 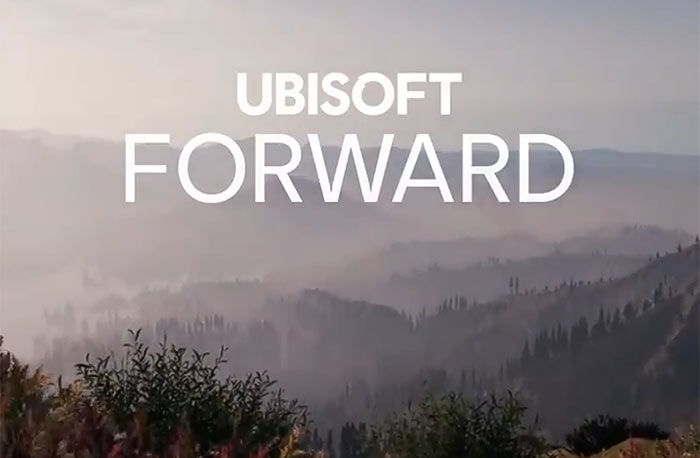 Other hotly tipped games for Ubisoft Forward include; Watch Dogs: Legion (set in London), Rainbow Six Quarantine, and Gods and Monsters. Some surprises would be welcome, and looking over the Ubisoft social media it seems like people would welcome the 'surprise' of a new Rayman outing for the franchise's 25th anniversary.

EA announced its Play Live event last week. It will take place on 11th June and will feature "world premieres, news and more." Microsoft is currently scheduling monthly 20/20 events until the Xbox Series X is launched.

Last but not least the Summer Game Fest (SGF) will run until the end of August, with many big name game industry participants. Incidentally, SGF will start today (5pm UK time) with "a surprise game reveal".