Over the weekend Steam, the hugely successful PC games portal, surfed past a major milestone. On Sunday SteamDB charted a peak of 20.3m concurrent users, 6.4m of whom were actively playing a game. In a Tweet announcing the achievement the Steam-watching site mused why the numbers might be so high, concluding that the numbers were "likely due to many people staying at home due to the coronavirus".

What was everyone playing? A quick peek at the trending games shows a very familiar list of rather old favourites, especially multiplayer and eSports titles. The top five games currently are; GS:GO, Dota2, PUBG, GTA V, and Rainbow Six Siege. In the last 24 hours those games have peaked at between 1m and 200k concurrent players. Meanwhile it is interesting to see Borderlands 3 trending - as it only just became available on Steam on Friday after six months of Epic Games Store exclusivity (on PC). Another strong trending game was State of Decay 2, similarly released on Steam on Friday 13th.

Italy's network under strain from Fortnite and CoD

I've seen various news releases from ISPs talking about how well their networks should cope with people working at home. However, in countries where schools are now closed, there is a much bigger potential bandwidth hogging activity - gaming.

A Bloomberg report cites as much as a 70 per cent uplift in internet traffic since the social distancing measures came into effect. A lot of the bandwidth use is apparently due to games like Fortnite and Call of Duty. A big game update can cause even more traffic use, and last week we saw the f2p Call of Duty: Warzone battle royale game launch requiring PC gamers to initiate up to a 100GB download to play. Warzone has already attracted 15 million players. Of course people often spend free time watching streaming video too, another potentially sizable data sponge. 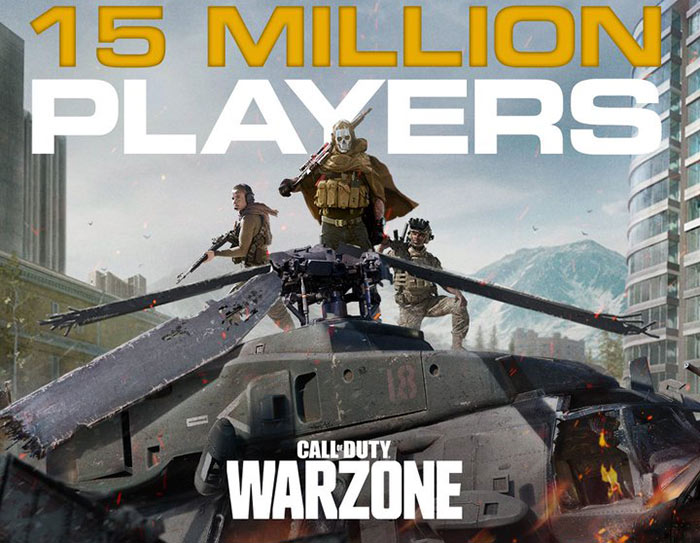 Coming back over to the UK, a spokesman from Vodafone said additional network capacity was being brought online in case the government here decides to implement stricter social distancing measures.

HEXUS
6.4m of whom were actively playing a game

Ttaskmaster
What were all the rest doing… just downloading updates? Why such a low figure, I wonder…..

Steam was probably just running in the background.
Posted by Glyce - Mon 16 Mar 2020 15:50
So, watching 4k tv is fine, but gaming, those 10kbs omg no way!
Posted by Scryder - Mon 16 Mar 2020 20:29
Isn't this stats a bit misleading? Considering I've got Steam running in the background all the time, if my PC's on, I'll be one of the users online. Probably trying to decide what game to play for an hour or two, then decide to watch a show on Prime or Youtube instead.

The real stats is the 6.4mil playing… I'd think that's been beaten before!