You are here:
Industry Xbox News

A few hours ago we read that the E3 2020 show had been cancelled due to growing concerns about the spread of Covid-19. The "difficult decision" was made to cancel the show, scheduled for 9th - 11th June in Los Angeles, to put health and safety of attendees and the community first. Organisers the ESA are exploring the coordination of an online event to replace the physical E3 show. However, while those plans are firmed-up, already we are seeing some gaming industry big guns announce their replacement plans. 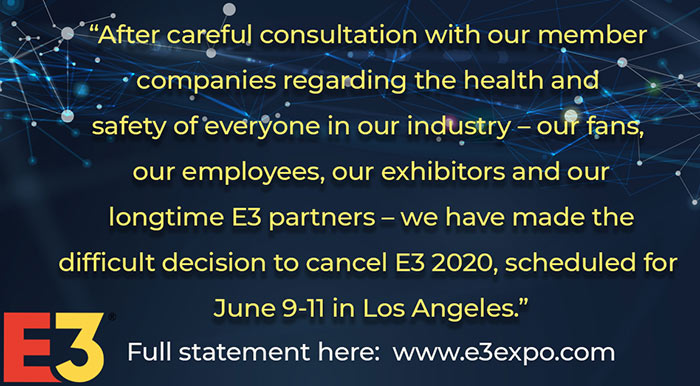 Microsoft's Head of Xbox, Phil Spencer, has Tweeted his response to the ESA statement about E3 2020. The answer to the cancellation is an "Xbox digital event," thinks Spencer. The Xbox guru went on to tease that "the next generation of gaming," would be celebrated with the Xbox community and all gamers who wish to join in the digital event. So, surely there will be some worthwhile Xbox Series X details revealed.

With the original plan to use E3 2020 to make some big announcements / reveals, we can expect the new digital event to be around a similar date in early June. At the time of writing the digital event date hasn't been set. This and other aspects of the Xbox event will be shared in the coming weeks.

Ubisoft is also disappointed about the cancellation of E3 2020, while acknowledging the reasoning. Indeed, it agrees that the "health and well-being of teams, players, and partners is our top priority". 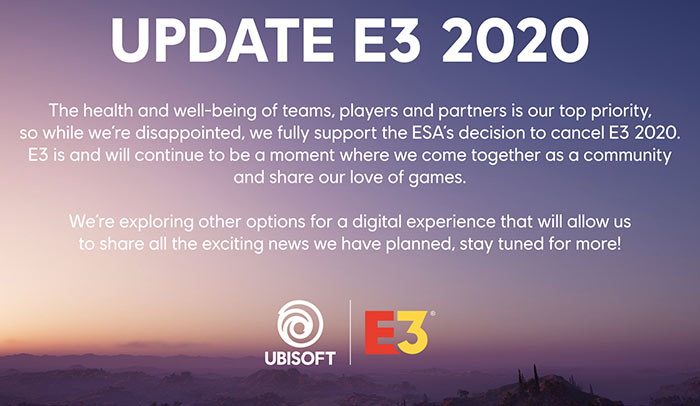 At this time Ubisoft is even less specific than Microsoft about how it will replace its E3 2020 PR opportunity. It simply says that it is exploring options for a digital experience. Ubisoft insists that it has some "exciting news," ready for June, and asks gamers to stay tuned for updates.

E3 isn't always used as a showcase event by notable entertainment companies such as EA, Nintendo and Sony. EA Play, an associated E3 event, is still actually scheduled but EA promises to share more soon. Meanwhile, Warner Bros is planning a livestream, as is Devolver Digital, Sega, Square Enix, Take-Two and others, TBC.