You are here:
3DS Hardware News

A new version of the Nintendo 3DS will launch next month in Europe, using a familiar naming formula, it is called the Nintendo 3DS XL. The key feature, as with the previous XL portable model is that the screen is much larger.

The European and Japanese launch has been scheduled for 28th July with the new handheld console released later on 19th August in the USA. However while the company has detailed launch prices for Japan and the US (18,900 Yen and $199.99 USD) no price indication is given for we Europeans. The other territories pricing would suggest a UK launch retail price of £149.99.

Here are the specifications; 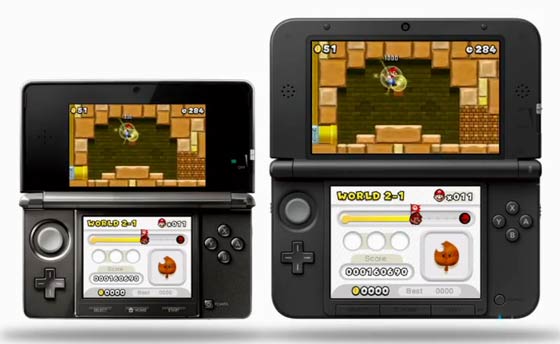 In the Nintendo Direct video announcing the new 3DS XL the company boast of the “Absolutely packed release schedule” with new games in the including following. 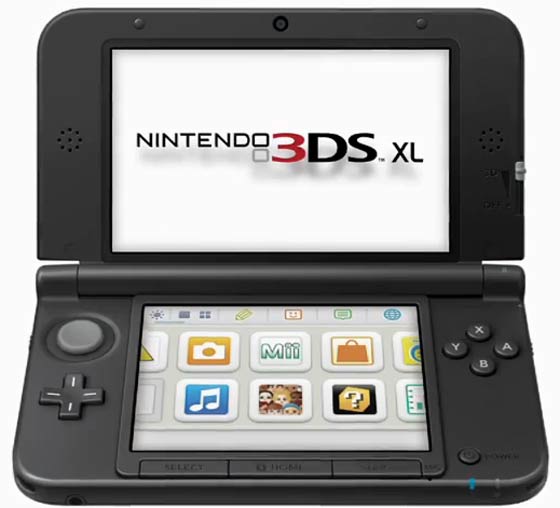 Nintendo has sold over 17 million 3DS devices since the launch of the console in March last year. During this same period Nintendo shares have halved in value. The upcoming Wii U and this new 3DS XL combined with selling more downloaded content are where the company rests its hope for a business recovery.

Here are the specifications;

Curious how they expect you to charge it then as that would make it unusable out of the box
Posted by 3dcandy - Fri 22 Jun 2012 14:26
They are going to turn the business around by selling ac chargers…you heard it here first my friends!

Put a USB cable in the box, and expect folks to use an existing USB charger or plug it into a PC/laptop?

Can't help that this is starting to look a little desperate. I had a DSi XL myself - great machine, but I later sold it when I realised that I was doing more gaming on smartphone and tablet - especially the latter.

Probably has a low discharge battery so charged and usable out of the box ;)
Posted by tentaclemonster - Sat 23 Jun 2012 13:14

3dcandy
They are going to turn the business around by selling ac chargers…you heard it here first my friends!

Hahaha.
I'll probably get it, but hopefully for less than £150