Smartphone sales seem to have been adversely affected by the Covid-19 pandemic, while the laptop market enjoyed a boost. Nevertheless smartphone makers continue to compete by proliferating new high-end and exotic models, hoping to launch a product which will be the next big thing. Today we have got news of a leaked video of the upcoming LG Wing in action, and the official launch of the Asus Zenfone 7 / 7 Pro, which is an evolution of the Zenfone 6 design.

LG hasn't gone down the foldables / dual screen route chosen by smartphone making rivals like Samsung and Motorola. Instead it has been offering smart-case-like optional extra screens for some of its phones. However, its latest creation features a secondary screen which flips out from behind with a twisting motion to become a 'wing'.

The above video was obtained by Android Authority and is said to show off an LG Wing that is near-final spec. You can see the car driver using the LG Wing as a sat-nav, with the secondary 1:1 4-inch display used for music playback. Later in the video a call comes through and the secondary display again hosts the UI for this interaction, keeping the navigation easy to follow.

Of course the phone can be held at 90 degrees providing a larger widescreen display atop with the 4-inch secondary display below in an overall 'T' shape. This orientation, which isn't demonstrated, might be preferred by film/video watchers as well as by gamers. The latest version of Android has improved multi-screen multi-tasking awareness so LG probably thinks now is worthwhile to hop on board this trend in a more integrated/permanent way. 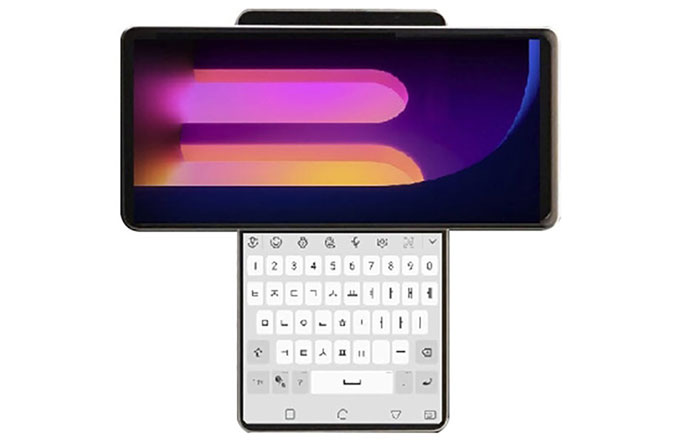 The source reckons LG will launch the Wing before the year is out, probably before November.

We saw Asus launch its latest ROG Phone 3 for gamers just a few weeks ago, and now it is filling out its portfolio of smart devices with a similarly updated flagship all-rounder. The new Asus Zenfone 7 and 7 Pro are designs which build upon last year's Zenfone 6 with its innovative rotating camera module, so offer solid updates but aren't really remarkable or surprising in any way. 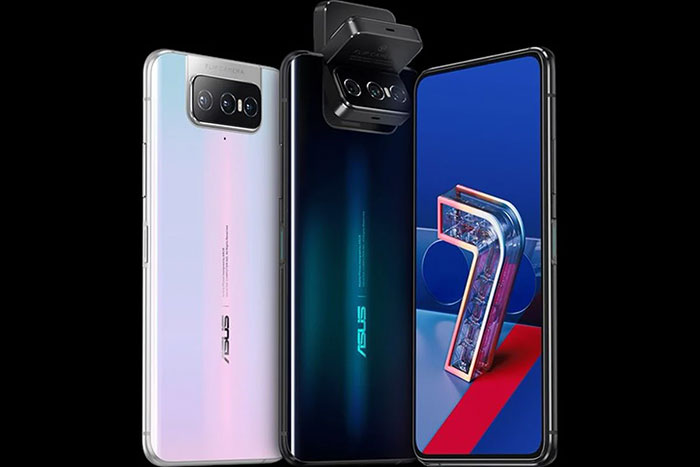 At the time of writing the Asus.com English website search doesn't seem to surface the latest Zenfone but there is an official video introduction, I have seen Taiwan launch slides and reports from the likes of The Verge and GSM Arena, which provide enough information for folk to know if this is an interesting upgrade or not.

In brief, the new models carry through the rotating camera modules and capacious 5,000mAh batteries, but have bolstered the photography chops, as well as processing power, and the screens are now OLED models with 90Hz refresh. However the 3.5mm headphone jack has been culled.

Three cameras are in the new rotating module; a 64MP wide-angle camera, a 12MP ultrawide camera with a 113-degree field of view, and an 8MP telephoto camera with a 3x optical zoom. On the Pro model both the wide angle and telephoto cameras come with OIS. Asus has upgraded the reliability claims for the rotating camera - now certified for 200,000 flexes, double the original. 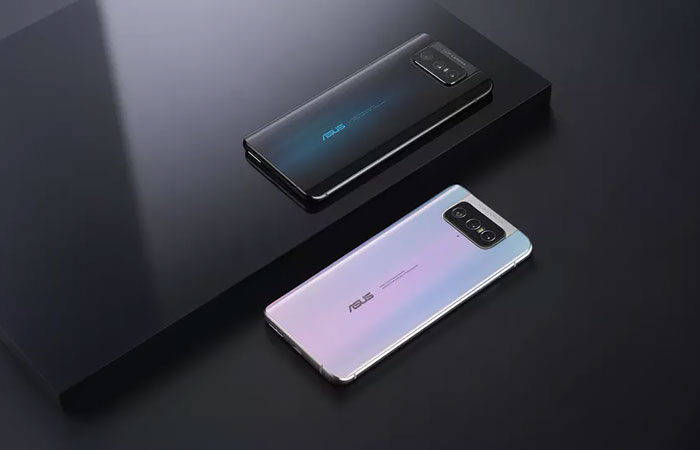 Asus employs a Samsung-made 6.67-inch AMOLED panel in these smartphones. It has a 1080p+ resolution (20:9), a peak brightness of 1,000nits, DC dimming for flicker free low brightness operation and 110 per cent DCI-P3 coverage. The 90Hz refresh screen has a 200Hz touch sampling rate for responsiveness.

Inside there is a Snapdragon 865 with 128GB of storage and either 6GB or 8GB of LPDDR5 RAM in the standard model. The Zenfone 7 Pro ups this spec to a Snapdragon 865 Plus processor with 256GB of storage but sticks with the 8GB of LPDDR5 RAM. Both models support microSD cards with up to 2TB of capacity. Cellular connectivity up to sub-6GHz 5G (with no mmWave) is available. 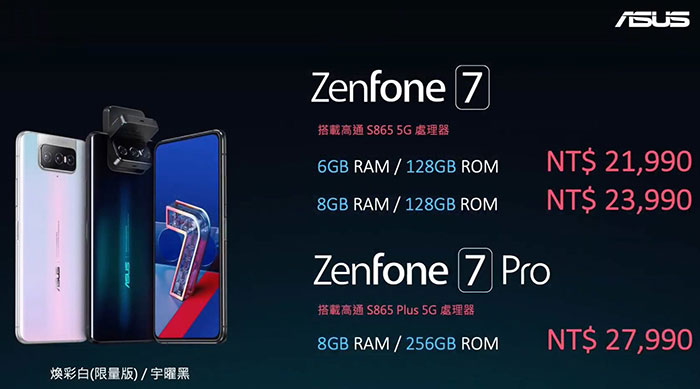 Asus is selling its Zenfone 7 range in Taiwan now, and you can see the prices in the slide above. At the cheaper end NT$21,990 is approx GB£570, and the Pro model price is equivalent to GB£725. The phones are coming to Europe from 1st Sept.

It must be hard for them, they've fallen quite far behind competitors now, it doesn't look like they'll recover either.
Posted by Xlucine - Thu 27 Aug 2020 21:23
It does look handy for driving, but I can see it ending up very thick to fit the hinge and second screen. It looks like a pretty complex hinge, it's not pure rotation - it needs to slide over as well.

Xlucine
It does look handy for driving, but I can see it ending up very thick to fit the hinge and second screen. It looks like a pretty complex hinge, it's not pure rotation - it needs to slide over as well.

The zenfone looks nice, if I can find a spare kidney

Yes, I was wondering about the hinge too and imagine it could make it potentially prone to breaking. It's an interesting and quite different idea, but I can't see it catching on.
Posted by mtyson - Tue 08 Sep 2020 10:26
new video showing the Wing's transformation in hand.