Motorola has emailed HEXUS to announce that it has launched the Moto G Pro in Europe. Before going on to look more closely at this device I want to say how confusing the Moto range is. First of all there are so many families, like the G8 family of five devices, then they are called different names in different world regions, and lastly this phone is part of the G8 family but doesn't have an 8 in its name - except in the announcement email we received.

As per our headline, the new Moto G Pro that has launched in Europe is dubbed the Moto G Stylus in the USA, where it arrived in Feb. However, things aren't that straight forward, and happily the European version has some worthwhile upgrades over its American brother. For clarity I've bullet pointed the improvements below:

Now you know the improvements, what about the major features of this Moto G Pro smartphone? The design is based around a 6.4-inch IPS LCD of 1080 x 2300px resolution screen with top left hole-punch selfie camera and minimal bezels. Around the edges of this 'water repellent' device there are dual Dolby speakers, a 3.5mm headphone jack, and twin microphones, as well as a USB-C port. The Moto G Pro packs a stylus, which may be an attraction for some with its note taking, mark-up, precise selection, and other functions. 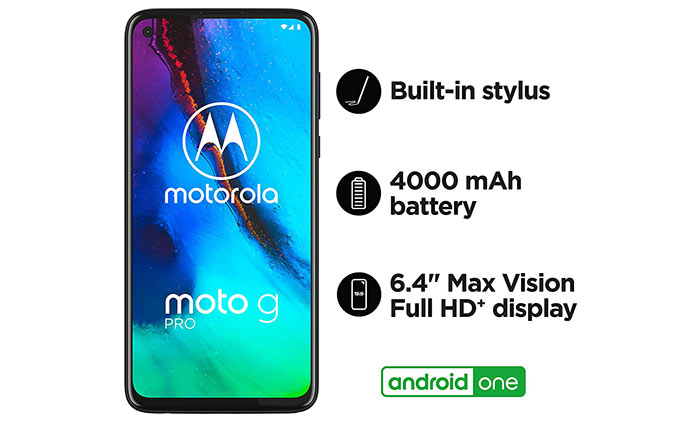 Under the glass you will find: a Qualcomm Snapdragon SD665 octa-core processor; 4GB RAM; 128GB of storage; a 4,000mAh battery for up to 143 hours of music listening or 19 hours of video watching; and LTE, Wi-Fi, Bluetooth 5.0, NFC connectivity; and the usual array of sensors like Compass, Gyroscope etc.

The cameras installed in this smart device appear to be quite capable. The selfie cam is a 16MP unit. Round the back you will find a triple camera setup with a 48MP main unit quad-pixel tech and f/1.7 aperture, a 16MP f/2.2 ultra-wide, and 2MP dedicated macro lens, plus ToF sensor. We don't have more details about that but some USA model reviews look at its capabilities quite closely. 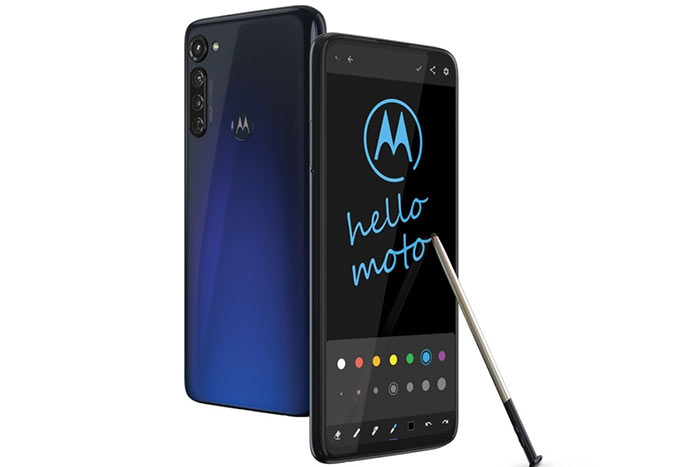 The OS installed is Android 10 and this phone is part of the Android One program. Moto is guaranteeing "three years of monthly security patches5 and two OS upgrades," during the life of this device.

A key aspect of this 'affordable' device that we haven't looked at yet is the pricing. In the US the Moto G Stylus has an RRP of $299. Here in Europe it is listed, on Amazon Germany, for €329, where availability is flagged for 19th June. I can't find any UK listings at the time of writing but have asked Moto PR for UK specific pricing and availability.

Posted by abcvd22 - Wed 03 Jun 2020 02:39
Now this looks interesting, I don't even know why they forgot to include NFC on the original version