The Moto G range of smartphones "redefined the smartphone market in 2013," claims Lenovo, and many would agree. The idea was the deliver capable smartphones with some premium-a-like features at affordable prices. These low-to-mid range devices also earned a reputation for timely OS updates. Now, Lenovo has launched a quartet of new Moto G phones, the Moto G7 family. 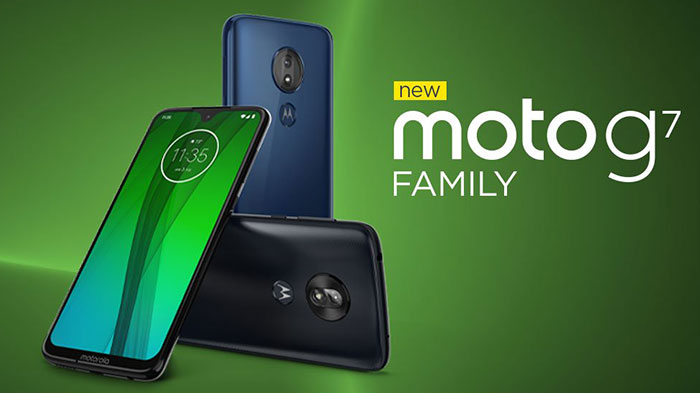 At the top of the pile in terms of features and pricing is the Moto G7 Plus (£269). It is based around a 6.2-inch IPS LCD with 2270x1080 pixels. Inside this device Lenovo packs the Qualcomm Snapdragon 636, and either 4GB/6GB of RAM and 64GB/128GB of storage. Its particular strength among this new G7 range is in photography. The rear camera in the G7 Plus is a dual 16MP system with optical image stabilisation.

Moving down the line you will next see the regular Moto G7 (£239). It is the same size and weight (more or less) as the 'Plus' model but its £30 price reduction sees quite a few cuts. The screen seems to be the same as with the G7 Plus but it has a lower spec rear camera, lower MP selfie camera, a Snapdragon 632, and there is no option for more than 4GB of RAM or 64GB of storage. The headline appeal for this design is that it is claimed to be 50 per cent faster than the previos gen 'standard'. 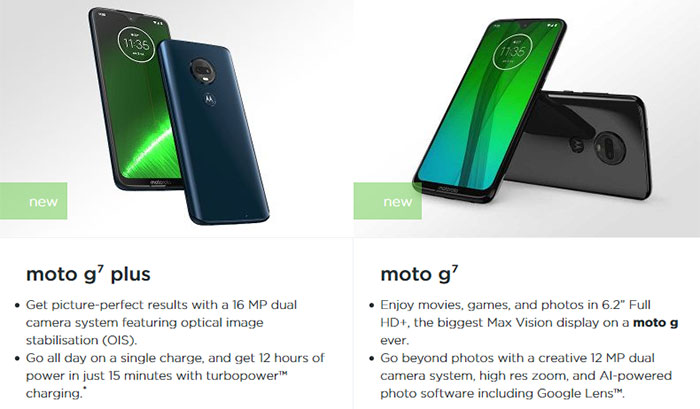 Lenovo majors on battery life with the appropriately named Moto G7 Power (£179). The screen remains a 6.2-incher but the resolution is tuned down to 1520x720 pixels. 3GB of RAM and 32GB of storage is built-in, but as with the whole range you can add a microSD card. A single 12MP camera is round the back with an 8MP selfie cam on the front. Of course its raison d'être is the battery, which offers 5,000mAh capacity. It is USB-C Turbo charger compatible, as are all these phones. I think that due to the battery this is the heaviest phone in the range at 198g but it is not excessively weighty. 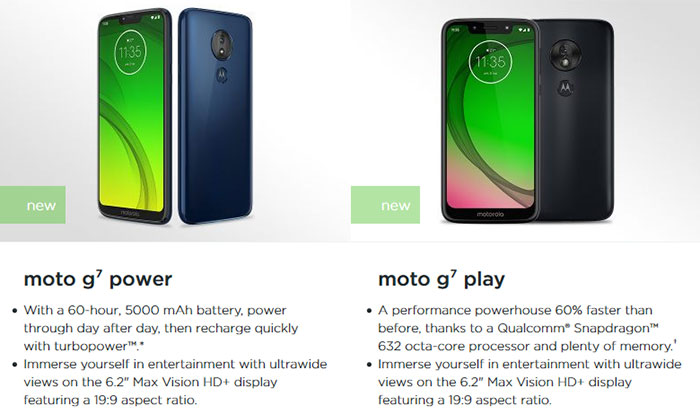 Whichever phone you choose you get a modern 'notchy' look, a quick fingerprint sensor, Android 9.0 Pie, and the usual Moto experiences such as Quick Capture, Fast Flashlight and Attentive Display.