Back in April Xiaomi-backed Black Shark launched its first gaming smartphone. The eponymous debut device has already got a sequel, but it is not going to be called the Black Shark 2, instead it will be known as the Black Shark Helo. 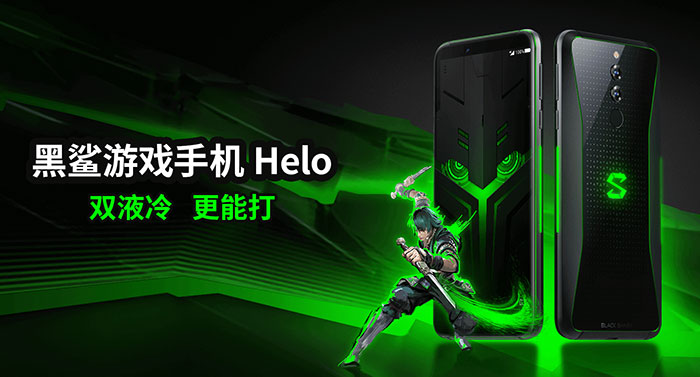 The powerful new device is based upon the current flagship Qualcomm smartphone favourite, the Snapdragon 845 SoC. Black Shark keeps this processor ticking along comfortably by implementing "double-row heat pipes and partition cooling technology". It claims that its solution results in 6x CPU maximum frequency running time compared to a bare chip. The manufacturer will offer a generous choice of RAM/storage combinations from 6GB to 8GB to 10GB of LPDDR4x RAM, and from 128GB to 256GB of built-in UFS 2.1 storage. 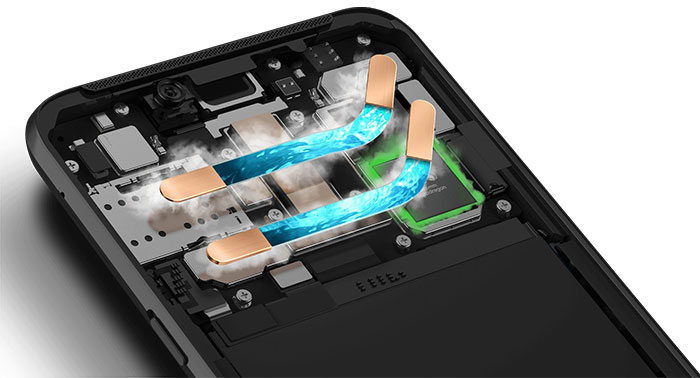 Black Shark has kitted out the Helo with an AMOLED screen with a 6-inch diagonal. It sports a resolution of 1080 × 2160 pixels, a max brightness of 430 nits, support for DCI-P3 and sRGB colour gamuts and HDR visuals. Notch haters - the Helo doesn't have a notch.

Other product highlights are as follows: 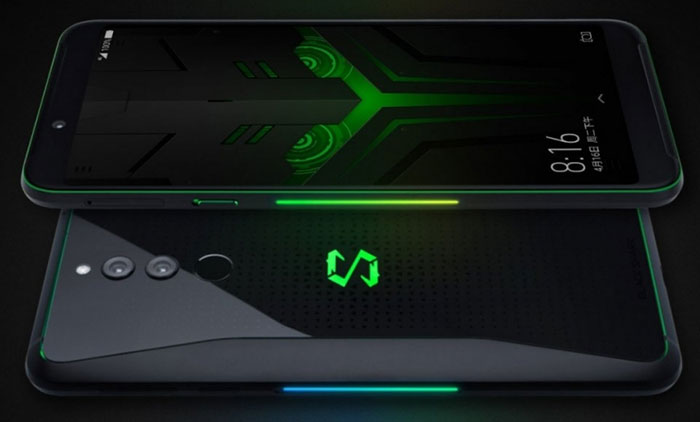 If you compare the older model with the new you will see quite a few changes in the look and layout of the device. For gamers the new double wing gamepad option will likely be more warmly welcomed than the previous gen single sided-only design. Other gaming features to bolster the Black Shark Helo are the Shark Space app store, Gamer Studio tech tweaks and customisations app, and the Shark Time AI games recording and sharing app. 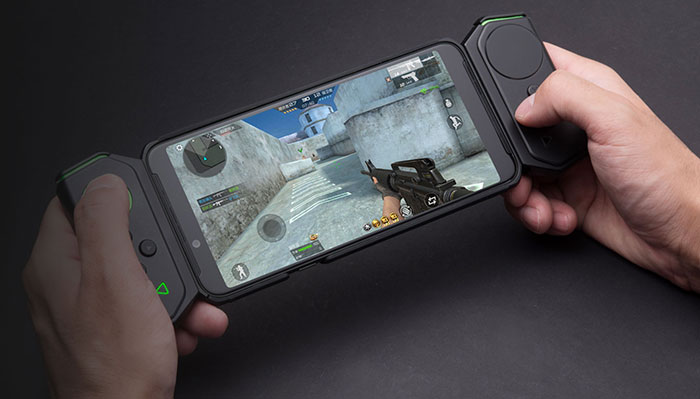 Posted by Tabbykatze - Wed 24 Oct 2018 16:16
8GB RAM gaming phone for 400 squids…Makes me think wtf is going on with all these prices of phones.
Posted by harkin36 - Thu 25 Oct 2018 00:47
Well whenever they bring out a new iPhone or Samsung they can barely make enough to keep up so they get away with it, we've all fallen for wanting the latest and greatest and we all know they could charge half and they would still be laughing all the way to the bank
Posted by Moonister - Thu 25 Oct 2018 16:09

Tabbykatze
8GB RAM gaming phone for 400 squids…Makes me think wtf is going on with all these prices of phones.

credit way too easy (credit cards, loans)
people have no clue how to manage their finances
sneaky tactics of greedy corporations and people failing to understand this

on the other hand when you look how expensive everything is (again corporate greed & race for profit) £1,000 doesn't seem that much. crazy world we live in. Thankfully there are some alternatives ~£300 e.g. Huawei mate 10 pro which is better than most overpriced cash cows (flaghsips)
Posted by Lord Midas - Fri 26 Oct 2018 08:00
I wonder if this will be bare bones Android, or be a Bloaty McBloatface of crap shovelware
Posted by ETR316 - Sat 27 Oct 2018 01:08
How stupid are these companies that are releasing “gaming phones” this late in the year with 845's in them. BECAUSE in only a few months time 855's will be out (8150's) and any phone with a 855 (8150 chipset) will crush the performance of these 845 phones, not many will buy them, and rightly so. Instead, what these companies should have done is wait it out just a bit longer, then release their “gaming phones” with the latest and greatest chipset. I sure would never by any 845 right now, knowing the new chip is right around the corner. And to all who might bash my comment, and say not many people are aware of the newer chips coming, WRONG. like PC gammers, most mobile gammers know their hardware in phones too.