A Boston Dynamics robot has been videoed taking part in military training sessions in France, and shown in reports published by France Ouest, via The Verge. While robots like Spot were funded by the US Military via DARPA, the current T&Cs of Boston Dynamics bar use of the robots from being used "to harm or intimidate any person or animal, as a weapon, or to enable any weapon." Thus, Spot is tiptoeing along a controversial boundary here.

In the video embedded above (in French) you can see Commander Jean-Baptiste Cavalier explain the scope of the training exercises and how robots were used. He describes how the activities were integrated into manoeuvres by the EMIA (combined arms military school) to "measure the value of the contribution of robots in combat action in several scenarios" during both day and nighttime. 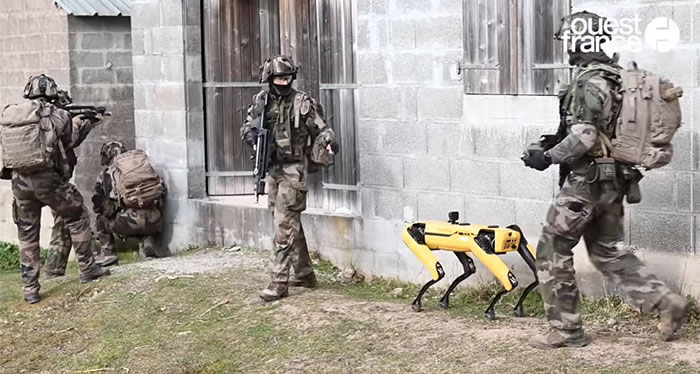 Spot appears to have been used for spotting the enemy while sulking around the urban battlefield. Meanwhile, the four wheeled robot with a large slab of sheet steel protection for units advancing in the open looked very handy (can we have one in The Division 2?). This intelligent (or just remote controlled?) mobile shield is dubbed the Barracuda. 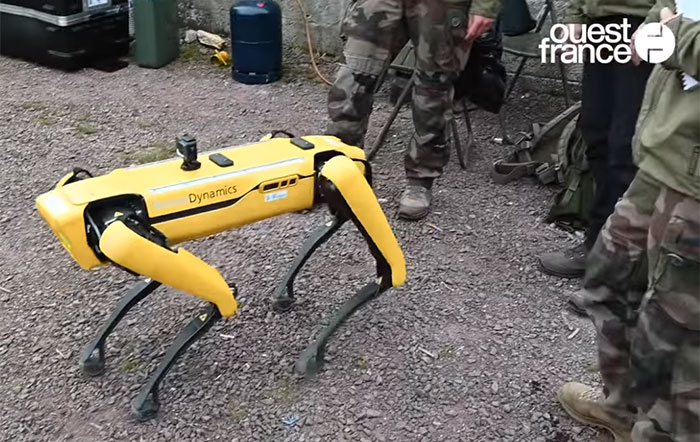 In other controversial military tech news this week it was reported that Microsoft won a $22 Billion US Army Hololens 2 AR deal covering headsets, software and services. In the deal terms Microsoft has agreed to supply the US Army with 120,000 semi-custom versions of the Hololens, "built for rugged use and equipped with the appropriate sensors and location accuracy for military use," reports Forbes. It is estimated that the bulk of the payment for this deal is for Microsoft's Azure computing services. 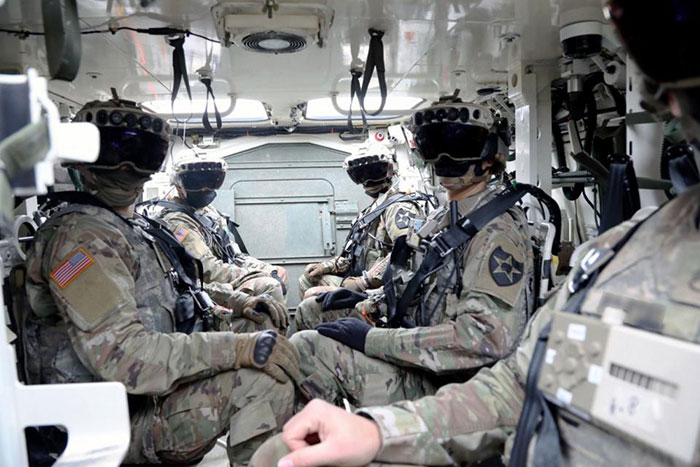 Another interesting military tech news piece this week was published by The Washington Post. It alleged that China was building hypersonic weapons to target US interests and Taiwan using tech that it is only possible to acquire from these two sources.

A Chinese firm called Phytium Technology and the China Aerodynamics Research and Development Center (CARDC) both reportedly try to hide their PLA associations but are using ultra-fast processing from the US and Taiwan to create weapons that can bypass their best defences, according to the WaPo. 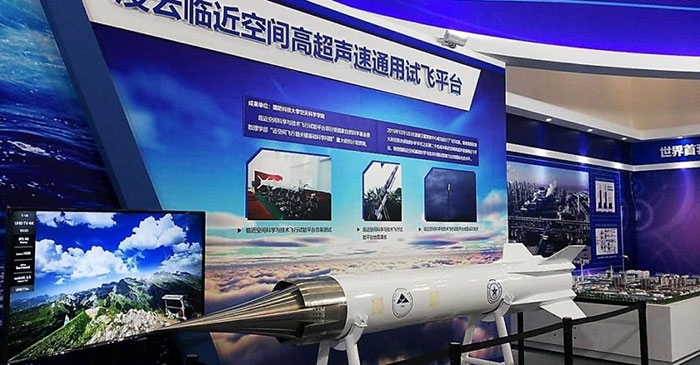 Yesterday TSMC tried to pour cold water on the Washington Post report. It stated that it respects all laws and export controls and that it was unaware of any company products destined for military end-use. Moreover, its intermediary dealing with Phytium, Alchip, says that Chinese company has "signed an agreement emphasizing that the chips were not for military use". That sounds a bit like head-in-sand reasoning but US President Biden has just placed Phytium and six other Chinese firms and labs involved in high-performance computing on an export blacklist, which might help stifle the Chinese military tech advance.

TheShavedEwok
Shouldn't the French have one of these robots outfitted to hold a white flag?

The robot isn't allowed to “harm or intimidate any person or animal… or to enable any weapon”. So it'll fit perfectly into the French military then. Nice.