Netflix continuously strives to remove friction from its user experiences. Three years ago it introduced Smart Downloads which is a feature that auto saved new episodes of shows you were watching – so they would be downloaded and ready when you were – especially useful on mobile.

Yesterday Netflix announced a new feature in a similar vein. Downloads For You "automatically downloads recommended shows or movies to your mobile device based on your tastes," explains Netflix. 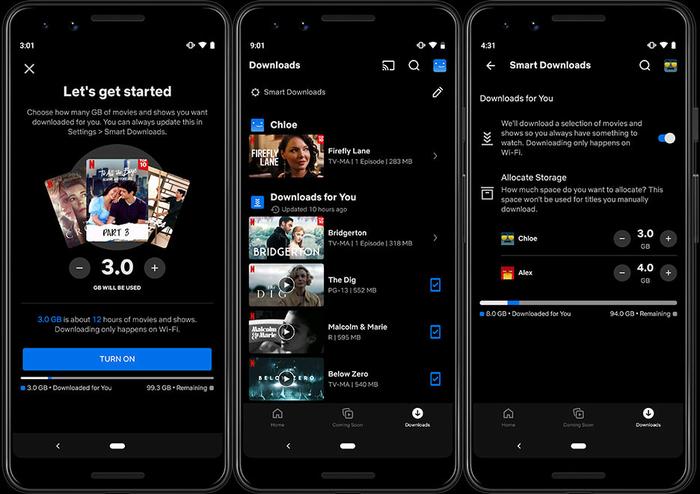 Your first impression of this new service may be one of alarm – with folk who share your broadband casually downloading GBs of video they might never watch affecting your own downloads, uploads and online gaming performance. However, there are a couple of things that might take the edge off. First, the Downloads For You service is aimed at mobile device users who will find it most useful in saving download credit while out and about.

Secondly, the service is opt-in, so a user must be aware of the option and toggle it on to make use of it.

Lastly, Netflix has a storage allocation tab so that users choose 1GB, 3GB, or 5GB device storage as the video cache - none of those is a huge amount of data for a modern ultra-fast broadband connection to download but could help your contract or PAYG SIM data last longer. Netflix says that the larger the cache the more recommendations that can be downloaded for you.

Downloads For You is now available in the Android app. Testing for iOS is underway but Netflix didn't provide an ETA for Apple device users. Some downloads will be limited due to licensing restrictions.

No-one's stopping you. I think this feature is more aimed at people who use Netflix's recommendations in the first place, and making that more useful for them, rather than trying to recruit more people into Netflix recommendations.
Posted by Saracen999 - Tue 23 Feb 2021 15:06

Well, exactly. My general experience of “recommendations” like this is that I rarely, if ever, agree with them. They are usually just a total waste …. for me. (*)

However, it is an opt-in system. On that proviso, I see no problem (providing it stays opt-in). Anyone that finds the recommendations useful can do so and the rest of us can trundle along as we were, deciding for ourselves.

That is to say, it's a feature of no interest to me, but provided it's not foisted on me whether I want it or not, it's also not a problem for me.

(*) As for Amazon's recommendations, I've never yet followd one, but some can be hilarious and a few jaw-droppingly weird, resulting in my reaction being "How the bleeeeep did they get to that?"
Posted by Gentle Viking - Tue 23 Feb 2021 17:01
Heyyyy little friend :p do you want a cookie, maybe a ride in my van to the candy store.

What and take away your free will? We can't have that……