Panasonic is showing off its new VR glasses at CES 2020. It hopes to win favour with consumers thanks to a number of advancements over the alternatives available today. For a start these are claimed to be the world’s first High Dynamic Range(HDR) capable ultra-high definition(UHD) virtual reality (VR) eyeglasses. Secondly, Panasonic has made strides in miniaturisation so wearers can use these VR accessories in comfort for longer periods.

The new VR glasses are a reference product from Panasonic, and will be modified before general release based on focus group feedback and so on - in other words they are still a work in progress. Panasonic things there is going to be a significant uplift in dem`and for such viewer wearables as we move into the 5G era and these accessories are required to get the best from VR sports viewing, VR concert going, engaging virtual travel experiences, and so on. 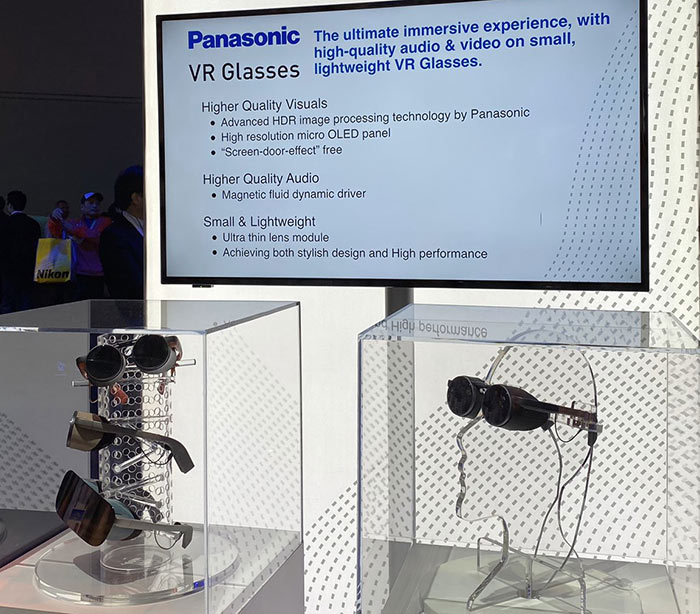 Panasonic admits that conventional VR glasses or headsets can provide high quality visuals and sound but with its leading tech and partnerships reckons it has evolved these wearables somewhat further. Looking at the images, for a start you can see these glasses are smaller than most VR viewers we have seen before. They don't have a headband, just the usual frame used by sunglasses or prescription spectacles (and they do allow you to use prescription lenses). On the topic of build and weight, an Engadget reporter said that Panasonic assured that the shipping units would not be as front heavy as the still impressive prototypes on offer. 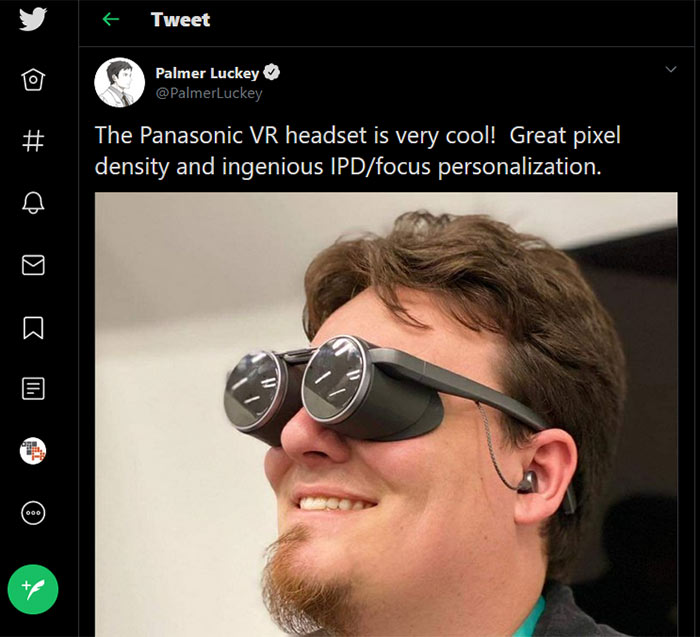 Palmer Luckey, founder of Oculus VR and designer of the Oculus Rift

Inside the tech used to build the glasses comes from Kopin, which manufactured the microOLED panels for each eye, as well as lots of Panasonic IP. For example, Panasonic says it utilised tech from its development of video equipment such as TVs and Blu-ray Disc players, acoustic technologies of Technics audio products, and optical technologies used in Lumix digital cameras to provide a refined experience.

I put some money into the Human Capable units, Norm, if you have anyone at the show that can swing by their booth and have a look at where they are at with the v1 units, which we'll not get as they're now on v2, which is thinner, has 32gb storage, BT5 over 4.1 and probably a few other tweaks..
Posted by Ttaskmaster - Fri 10 Jan 2020 12:34
Depends how lightweight they end up.

Exciting stuff, though.
Will want to know more about FoV, focal type and resolution, tracking method, etc… oh, and price.
Also keen to test their claim of Screen-Door-free…!!
Posted by QuorTek - Fri 10 Jan 2020 13:36
They do look wicked cool though….