You are here:
Retailers Internet News

Amazon has just published its latest set of financial results and in the same press release announced that we will see a CEO transition in Q3 this year. Founder and CEO Jeff Bezos will transition to the role of Executive Chair on the Board of Directors in Q3. Current Amazon Web Services (AWS) boss and employee of 23 years, Andy Jassy, will become Chief Executive Officer of Amazon to complete the transition. Amazon was founded by Bezos 27 years ago. 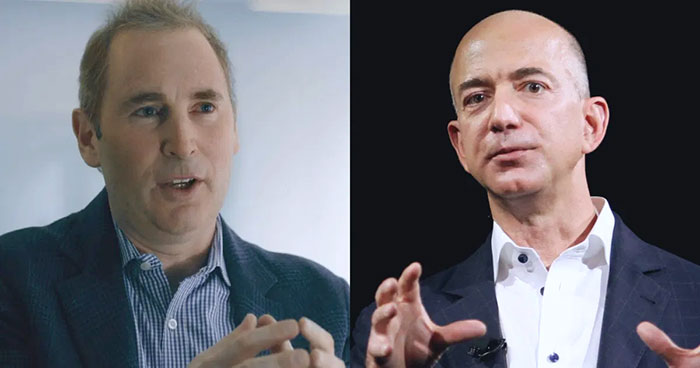 Bezos steps down at a time of momentous financial achievement for Amazon. Its latest set of results, covering the three months ending 31st December 2020, mark the first time Amazon quarterly revenue has been above US$100 billion. Interestingly AWS, under Jassy, was one of the star performers of the business with 28 per cent revenue growth in Q4, and accounting for approximately half of all Amazon's operating income.

There are a few hints about what Bezos, 57, wants to do with his time and talents in a letter to employees shared by CNBC. In the letter Bezos says that CEO is an all-consuming position which leaves him little time to put into pet projects such as "the Day 1 Fund, the Bezos Earth Fund, Blue Origin, The Washington Post, and my other passions". Thus, the move is in no way about 'retiring'.

Mr Jassy, aged 53, will take over as CEO when the transition completes sometime in Q3 2021. The current head and leader of AWS since its inception, Jassy joined Amazon in 1997. Bezos says Jassy will be "an outstanding leader, and he has my full confidence". Amazon's CFO, Brian Olsavsky, said Bezos will surely still be involved in lots of Amazon activities, but that Jassy is a visionary leader who will bring his own skill set to the top role.

Amazon shares are up about four per cent so far in 2021. In the last 12 months the share value is up a healthy 70 per cent.

iEimis
Seems like he wants to focus on other ventures, I guess when you build a wealth like this, eventually you want to shift the direction in which you going. Expect to see the likes of Blue Origin ramp up.

and possibly Amazon slowly (or quickly) to go to cack - happens in other cases. The founders leave and the new management stuff it up. It's not without its challenges, big brands pulling out due to so much cheap foreign crap and imitation/poor quality junk, not to mention the dodgy reviews scandal, then the whole tax perception, etc.
Posted by iEimis - Thu 04 Feb 2021 11:19

ik9000
and possibly Amazon slowly (or quickly) to go to cack - happens in other cases. The founders leave and the new management stuff it up. It's not without its challenges, big brands pulling out due to so much cheap foreign crap and imitation/poor quality junk, not to mention the dodgy reviews scandal, then the whole tax perception, etc.

Yeah, you are right, sometimes it goes to cack with the new management. However, in Amazon's case, I think they built the wealth and diversification to the point where even for the most incompetent of managements it would take years to run down. From what I've read and seen the new CEO is quite good, in fact, he took AWS to the heights that it is now which is the biggest Amazon's revenue stream.