As last week closed, an important ruling was published by US District Judge Yvonne Gonzales Rogers, after considering the contentious Epic Games lawsuit against Apple. Depending on where you read about the ruling, it either a decisive win for Apple, or a small win for Epic and other App Store developers. That gives you a big clue about the judge's decision – it largely maintained the status quo for Apple and its App Store policies, but there was one significant avenue opened up, where developers might be able to make a fairer share of the revenue stream.

In brief, Epic's small win (one of the ten counts of the antitrust suit) was that Apple has to remove a rule preventing developers from implementing "buttons, external links, or other calls to action that direct customers to purchasing mechanisms" in their apps. However, this change isn't enough for Epic. One must remember too, though, that the judge has also told Epic to pay Apple damages for an amount equal to 30 per cent of the >$12 million revenue which it collected from users via the Fortnite app on iOS (via Epic Direct Payment) when it was available in the store and violating Apple's rules. 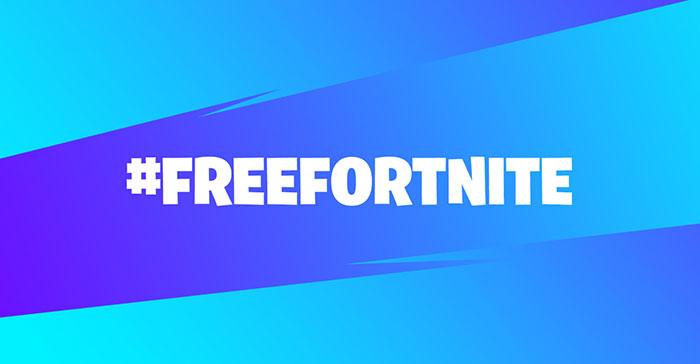 As things stand, one might expect Apple to be fussy and restricting in allowing developers to add links/buttons to alternative payment methods in their apps – to buy DLCs, unlocks, subscriptions etc. Whatever you might think, it isn't good enough for Epic Games, as on Sunday it announced an appeal against the California court antitrust case decision.

Apple's response to last week's ruling reads as rather smug, saying that "the court has affirmed what we've known all along: the App Store is not in violation of antitrust law." It went on to conflate its App Store restrictions with store safety and providing 'US jobs': "We remain committed to ensuring the App Store is a safe and trusted marketplace that supports a thriving developer community and more than 2.1 million US jobs, and where rules apply equally to everyone." However, Apple doesn't treat all developers the same, as it recently allowed reader apps like Netflix, Spotify and Kindle to provide users with a direct link to their website for sign-ups, avoiding an Apple commission.

Posted by Tabbykatze - Mon 13 Sep 2021 11:27
I guessed Epic would appeal, realistically nothing has actually changed. Sure, the ruling now permits linking outside the app for all (however long Apple takes to implement those changes to policy is another matter) but frictionless payment throughput is the contention issue. As someone whom has also worked on reseller websites, every extra click and every extra few seconds it takes is tangible how much less likely someone is going to purchase/pay.

I highly doubt alternate app stores will be allowed, but Apple hoarding so much of the control to benefit themselves only is where the issue lies. And really, the ruling does not change how much control Apple holds over its developers.
Posted by Iota - Mon 13 Sep 2021 21:06

I did kind of think they had won though - they now have a way to circumvent Apples policy, legally, with a relatively tiny bit of compensation to pay.
Posted by ssdgrrw - Mon 13 Sep 2021 23:06

Spud1
I did kind of think they had won though - they now have a way to circumvent Apples policy, legally, with a relatively tiny bit of compensation to pay.

There's only of course the issue of them being kicked off the appstore and apple not restoring their dev account and the judge said apple was right by kicking them - even though the rules were illegal, they agreed to them was the judges argument.

I think EPIC pretty much lost which is very sad
Posted by LSG501 - Tue 14 Sep 2021 01:54
While my personal view aligns more with Epic in regards to the stores (I don't like the fact you couldn't advertise cheaper prices and that you don't have any option but to use apple payment etc..before case anyway).

It's already been shown that even if Epic fully wins the case, Apple will likely just stop them from returning to the store like they're doing in South Korea where they've just made it law to accept alternative payment providers… I expect future court cases over not being allowed onto iOS, which will be interesting to say the least due to the question of ‘who owns’ the OS/device etc.

However Apple will fight this incredibly hard though because this isn't about security it's about money (same for epic really), a ‘forced’ 15-30% on all transactions soon adds up when you consider the number of iPhone/iPad and now Mac users.