Intel's struggle with next-generation fabrication has been well documented, yet the solid foundations of the Core architecture are such that the chip giant has been able to wring out much more than originally expected of its 14nm process. Having made its debut half a decade ago, who would have thought that 14nm would continue to serve Intel's desktop product range for a further five generations, culminating in 2020 with the launch of the world's fastest gaming processor, the 10th Gen Core i9-10900K?

10 cores and top speeds of up to 5.3GHz are pushing 14nm right to the limit. In fact, to get the most of the chip, you really need to pump additional power beyond the advertised 125W, as our prior testing has shown. How system integrators choose to implement such a processor is intriguing, and having seen Scan Computers take the all-core, overclocked approach, we're today turning our attention to PCSpecialist, who adopts a more modest stance with the Myrmidon II. 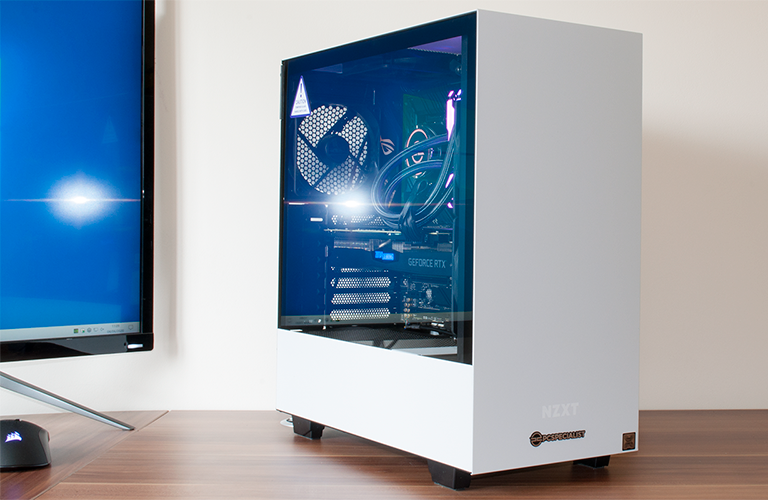 Right off the bat, a £1,850 price tag is conservative for a system outfitted with Intel's very best mainstream CPU. That feeling of sensible caution extends throughout the PC; the Core i9 chip isn't overclocked, it is paired with 16GB of dual-channel Corsair Vengeance RGB Pro DDR4-3200 memory on an Asus ROG Strix Z490-F Gaming motherboard, and gaming thrills are provided by a second-rung Zotac GeForce RTX 2080 Super 8GB graphics card that's a whole lot cheaper than the range-topping Ti.

It is somewhat strange to see a boutique SI take such a reserved approach when implementing Intel's 10-core, 20-thread chip, however it is equally easy to make a case for this restrained setup. The new Core i9 isn't in our estimation exciting enough to warrant spending mega bucks - its gaming supremacy is trivial at the higher resolutions - and with next-generation graphics cards said to be coming soon, the savvy buyer might argue it is prudent to rein things in. 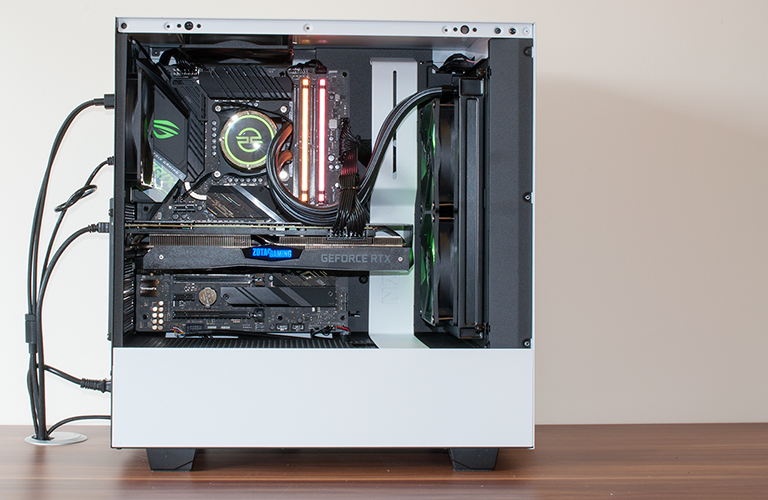 Another way to look at Myrmidon II is that it could be the ideal lockdown gaming PC. With what's happening in the world, sourcing all your own components for a new build might not be as easy as it was six months ago, and buying built is going to be a whole lot simpler. Appreciating that line of thinking, PCSpecialist adds plenty of incentive with its competitive £1,850 asking fee. Do be aware that the quoted price applies only to this particular configuration - no changes to the specification are permitted - yet even so, our calculations suggest that going through the trouble of building this exact machine yourself would set you back somewhere in the region of £2,050. A near-10 percent saving is not to be scoffed at, and you also get three-year warranty cover as standard, as well as a 64-bit install of Windows 10 that is free of bloatware.

A handy base unit for those wanting to get a taste of i9-10900K gaming asap, though given the keep-it-simple design, do be aware of the various budget elements. The chassis, for example, is an OEM-only NZXT H511 that differs from the consumer H510 by not including front USB-C - all you get is a pair of USB 3.0 Type-A - and the solitary storage solution is a 1TB PCSpecialist PCIe M.2 SSD. The drive's ODM isn't being divulged, but peak sequential read and write speeds of 2,000MB/s and 1,100MB/s reveal it to be a basic option by today's standards. 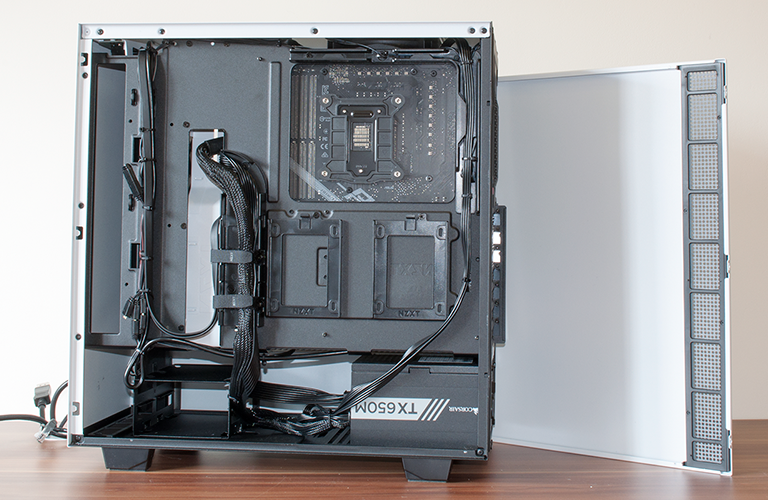 Liquid cooling on the CPU takes the form of a PCS-branded Frostflow 240 from ID-Cooling, however little thought is given to optimisation. The Intel chip is limited to 125W, so don't expect the extra bump in performance we've seen on other platforms, and while the cooler is perfectly adept at keeping temperatures nice and low, default fan speeds are higher than necessary at idle, making the system clearly audible at all times.

Cable management is neat enough, but this has the air of a PC that was put together quickly as opposed to elegantly. That feeling is reflected in the packaging, with our review unit sent out with no padding or support inside the chassis. There's no damage, yet we'd expect a little more attention at this price point, and would-be buyers will probably want to spend some time in BIOS optimising for a quieter and potentially faster configuration.