Remember when it took forever to move files to USB sticks? The rise of faster routers, Gigabit Ethernet networking and speedy WiFi has taken the pressure off attached storage to some degree, but creative types and multimedia hoarders still appreciate being able to transfer gigabytes of data in seconds rather than minutes.

Having cast our eye over the Extreme PRO Portable drive capable of 1,050MB/s for sequential reads, we were eager to take the newer, faster V2 model for a quick review spin. 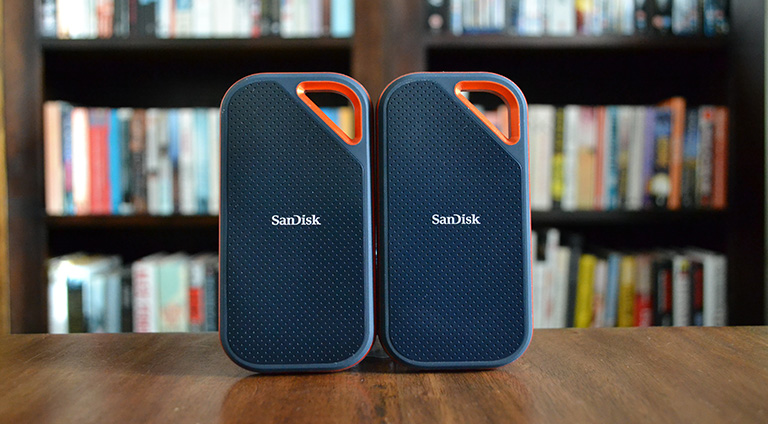 It's worth knowing that V1 (left) and V2 (right) models share an identical casing. They're easy on the eye and feature soft-touch silicone rubber around an anodised aluminium frame. Portability is enhanced by a metal loop designed for attaching to a backpack, but going down this route makes the drive larger than it strictly needs to be. Measuring 110mm long, 57mm wide, 10.2mm thick and weighing 47g, it still remains easily pocketable, and it may prove wise to spend an extra tenner on a third-party hard case if moving around a lot.

Key differences are practically a doubling of the sequential speeds made possible by using the latest iteration of USB-C which offers up to 20Gbps (around 2GB/s) peak transfers. Bear in mind that, as we found out during testing, few motherboards and laptops have the requisite 3.2 Gen 2x2 controller, so be sure to check the platform ecosystem before diving in. Even so, this V2 model isn't the fastest portable external storage around. Parent company WD's G-Technology's G-Drive Mobile Pro SSD rides on Thunderbolt 3 and offers peak transfer rates of 2,800MB/s.

SanDisk routes the internal WD SN730e NVMe SSD through a familiar 20-82-007011 controller and then bridges over to USB via an ASMedia ASM2364 20Gbps chip. It's this faster bridging that truly sets the V1 and V2 PRO drives apart, as the former's SN750 also has the speed chops to deliver 2GB/s bandwidth.

Another positive change is the introduction of a 4TB model. Going by prices on WD's site, adopting the V2 drives costs around 15 per cent more, and our review 1TB model fetches just over £200. 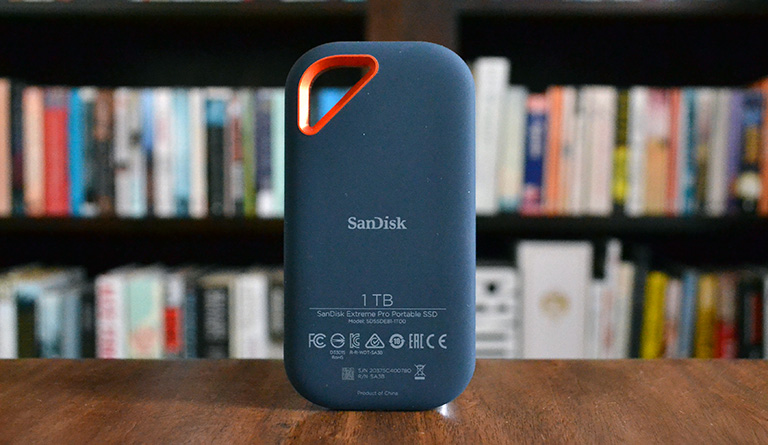 The only way to visually know you have the faster PRO Portable SSD V2 drive is to take a peek at the model number on the back. The 1TB model is identified as SDSSDE81-1T00-G25 whilst the original is SDSSDE80-1T00-A25.

Both feature IP55 rating for basic water and dust resistance, though we note the USB-C connector at the bottom is left uncovered. Upping the security stakes, this V2 bumps up hardware-based encryption support to AES 256-bit via the SanDisk SecureAccess App loaded on to the drive. The drive is bundled in with two 30cm cables catering for Type-C-to-Type-C and Type-C-to-Type-A. 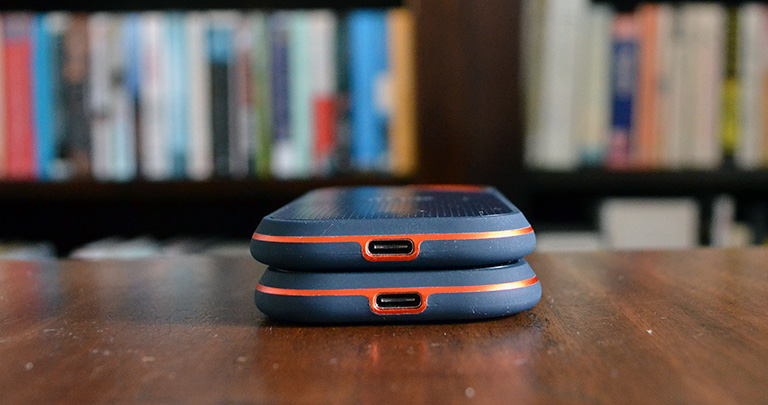 Backed by a solid five-year warranty, it is the faster sequential speeds that are of real interest to prosumers wanting super-speedy transfers in an easily pocketable form factor. Let's see if it can race to the top of the charts.