It is easy to be drawn in by the dizzying speeds on offer from today's latest SSDs, yet would the average user genuinely notice the difference between a regular SATA SSD and a super-fast M.2 drive? That's debatable, and there's still merit to an affordable 2.5in SATA upgrade; plenty of users don't yet have access to an M.2 slot; there are others still waiting to upgrade from a hard disk; and even if you happen to have a fast system drive, a low-cost SATA SSD can serve as a useful secondary drive.

Those are the key areas targeted by Kingston's new KC600, an affordable 2.5in SATA 6Gbps solution designed to offer capable speeds, near-instant response times, and decent endurance without breaking the bank. 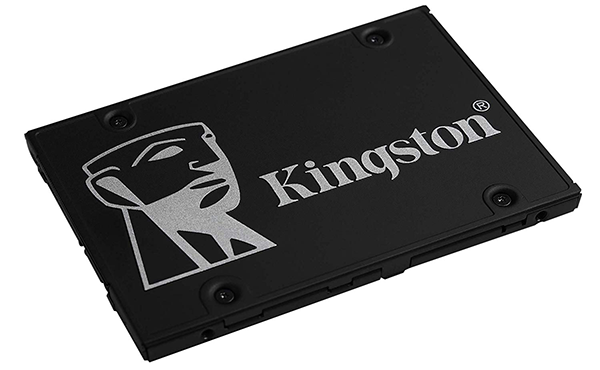 We don't see many 2.5in drives pass through the HEXUS labs these days, and given the ageing form factor, Kingston's KC600 keeps things simple with a black chassis adorned with a Kingston logo and very little else. Dimensions come in at 100.1mm x 69.9mm x 7mm, the drive is lightweight at just 40g, and the SATA power and date connectors are located at one end. No unnecessary RGB lighting here.

For users contemplating an upgrade for an even older machine, note that the drive is backward compatible with SATA 3Gbps, and to help simplify installation, all KC600 models are available with an optional upgrade kit that increases upfront cost by around £15. Said kit includes a 2.5in external USB enclosure, SATA power and data cables, a 3.5in mounting bracket, a 7mm to 9.5mm adapter, and disk cloning software for copying across your existing OS drive. 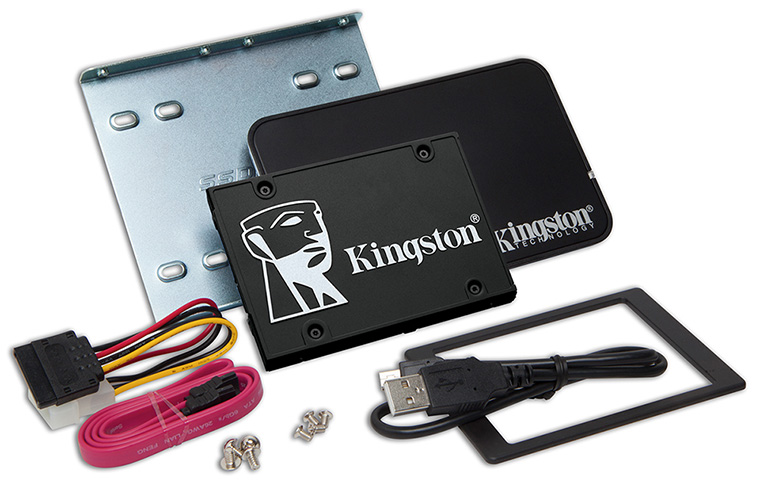 On the inside, KC600 employs a quad-channel Silicon Motion SM2259 controller, 96-layer 3D TLC NAND from Micron, and a dedicated LPDDR3 cache. Kingston's choice of controller ensures hardware-based 256-bit AES encryption, as well as support for TCG Opal security solutions, while sequential read and write speeds top out at up to 550MB/s and 520MB/s, respectively.

256GB, 512GB and 1TB capacities have already made their way to retail, with a 2TB model expected to follow shortly, and each drive is backed by a five-year warranty as standard. Making good use of Micron's 96-layer NAND, Kingston also touts impressive endurance ratings of 150 TBW for the 256GB drive, 300 TBW for the 512GB, 600TBW for the 1TB and 1,200TBW for the range-topping 2TB model. Putting the numbers into perspective, the endurance rating for the 1TB KC600 is 50 per cent higher than, say, a similarly priced WD Blue.

Pricing, of course, is a key factor in the mainstream SATA SSD space, and though Kingston's drive is reasonably competitive at £35 for 256GB, £60 for 512GB or £110 for a 1TB model, it is worth noting that the likes of Crucial, Samsung and WD all currently have competing 1TB solutions available for just under £100. Still, the small premium isn't likely to deter those users who favour endurance, and we're quietly hoping to see the 2TB model come in as close to the £200 mark as possible.

Let's now dig out the trusty ol' SATA cable and run some benchmarks.