Appreciating the high-end, premium nature of the Intel drive, and understanding that recent Windows updates may throw older results out of kilter, we have benchmarked the Intel SSD 905P against the previously mentioned WD Black NVMe 1TB SSD - it represents cutting-edge performance from a NAND-based drive.

An exploration of the data will enable you to determine whether investing in 3D XPoint memory is potentially worth it. All testing was undertaken on our Intel Core i7-8700K platform whose specs you can see right over here. 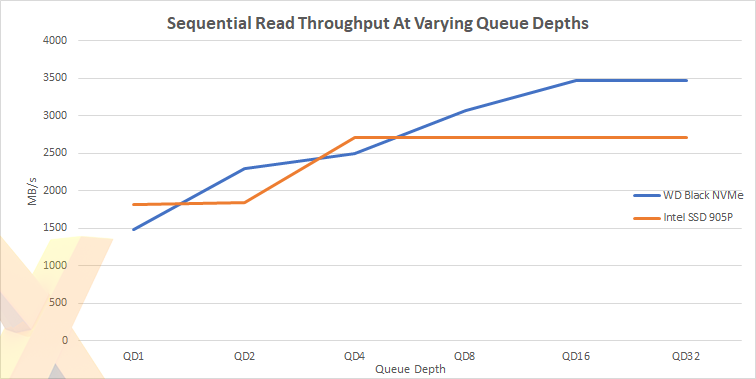 The first benchmark looks at sequential reading throughput as the queue depth - the number of workers, effectively - is increased. Stressing the drives as much as possible, only a single CPU thread is used.

Intel's Optane technology does not claim to be way faster than a quality NAND alternative in sequential throughput. Performance is solid even with a single worker taxing the drive - 1,800MB/s or so - but its numbers are eclipsed the WD as the queue depth increases to over eight. You are not buying an Optane drive strictly for sequential reading, then. 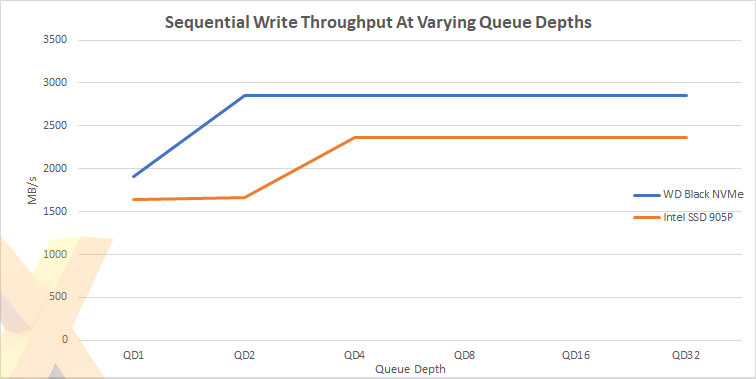 The same test but this time with sequential writing of 128KB files instead. Here, as is obvious, the NAND-based drive holds a comfortable lead at all queue depths, reinforcing the analysis above. 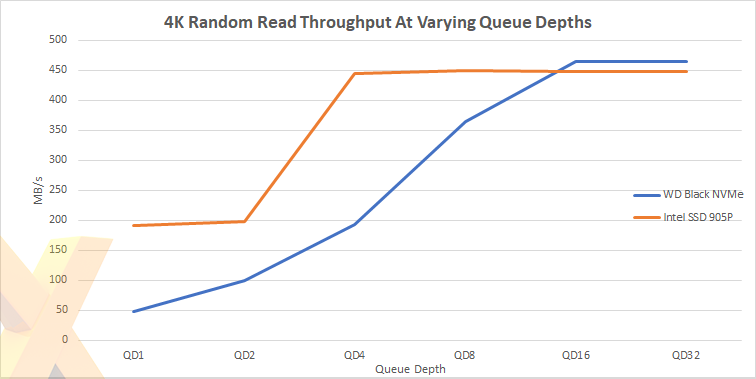 You'd expect the lower-latency architecture of Optane to play better with 4K files, especially at lower queue depths. This is indeed the case, as the drive is 4x faster than the comparison WD when a single worker is accessing it. Even at a queue depth of four the Intel SSD 905P is 3x as fast, and it takes a deep queue depth for the WD to catch up. 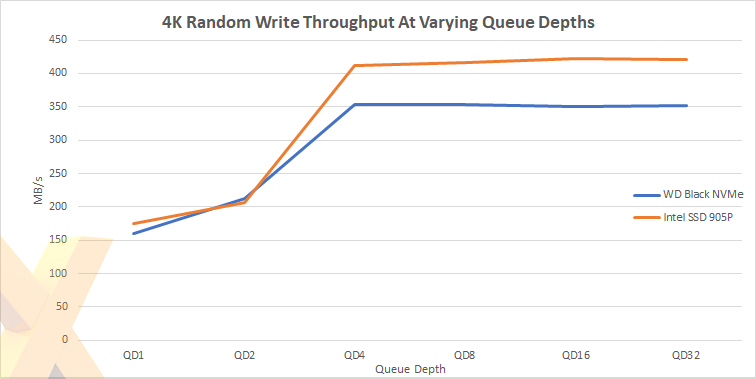 The situation with respect to writes isn't anywhere near as pronounced, but the 905P is still able to muster a lead at anything other than a queue depth of four.