Innovation in the power-supply market happens at a slower pace than other areas. With good reason, as providing stable, consistent power has been practically perfected for a while.

That said, buying the right PSU for a build sets you up for years to come, especially as total system wattage hasn't increased hugely over time. One can power a high-performance single-GPU rig with a quality 600W supply, and even going down the monstrous Ryzen Threadripper route rarely pulls over 500W.

German cooling and power specialist be quiet! has, without much fuss, updated its range of Straight Power supplies this year with the '11 Platinum'. Key updates include a wider wattage range and higher efficiency. Let's take a look.

2020's Straight Power 11 Platinum is available in 550W, 650W, 750W, 850W, 1,000W and 1,200W capacities, increasing the previous maximum by 200W. It's good to see the high-efficiency Platinum rating as far down as 550W, too, and doing so indirectly informs us of the internal pedigree - it's technically harder to achieve 94 per cent efficiency when you have fewer watts to work with. 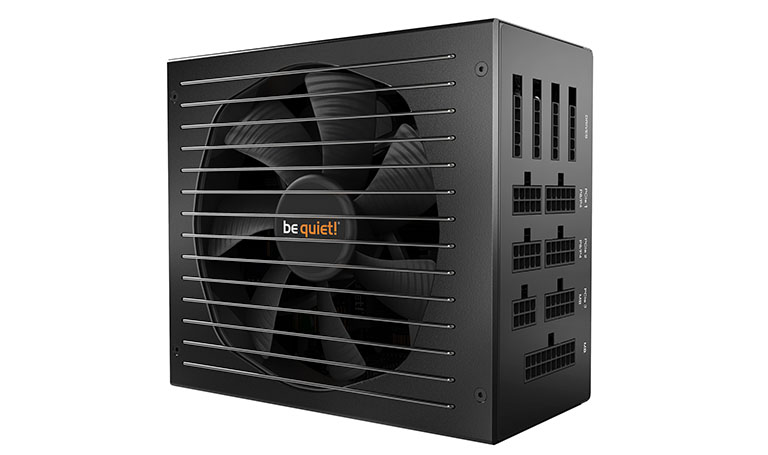 We have the 1,000W model in for review, known as BN309. The three highest-capacity models share the same chassis dimensions of 170mm length, 150mm width, and 86mm height, while the lower-wattage trio shorten the casing to 160mm. Neither length is excessive, and you will be able to fit them all into any reasonable mid-tower chassis.

All six share the same excellent 135mm Silent Wings 3 fan, but do bear in mind that it never switches off totally, unlike much of the competition. Is that a problem? Not according to be quiet, as it spins at no more than 230rpm until load hits 500W, which is more than we can muster for the vast majority of single-GPU systems. Practically, you are likely to hear the GPU, CPU or chipset fans above the noise produced by the Silent Wings 3. 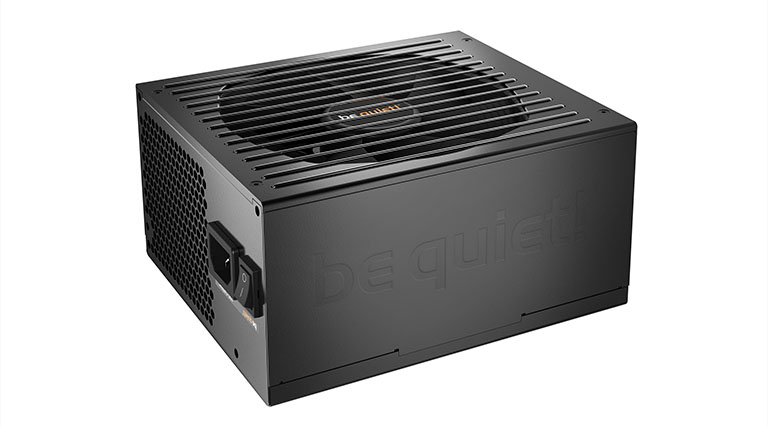 We want to see lots of useful cabling on these fully-modular supplies. It varies by model, sensibly, and the 1,000W's arrangement is decent. There's dual 4-pin for the CPU, combined into a single 8-pin, and a further 8-pin. That's enough for something like the MSI TRX40 Creator 3rd Gen Ryzen Threadripper board. A total of six 8-pin PCIe is also solid, and though they are less popular now on consumer boards, a total of 10 SATA and 4 Molex are also supplied. Lengths are good, cables are fully sleeved, though it would be nice to have flat models at this price point. Connection is easy as both the PSU and cables have their respective names on the ports.

The look and feel are perfunctory rather than luxurious, which is reinforced with the packaging not having separate dust bags for the supply and cabling. There's no RGB (which is viewed as a positive), and the only interruption to the design is a honeycombed venting section near the AC socket. 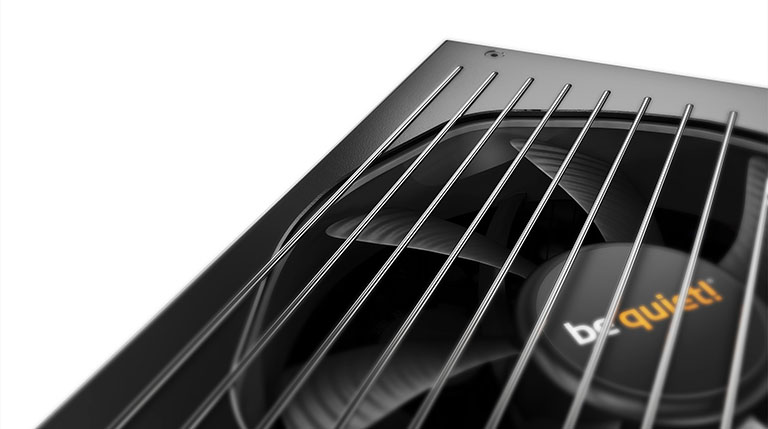 be quiet! splits the DC-to-DC supply into four 12V rails, interestingly offering a maximum of 22A on 12V1 and 12V2 or 30A on 12V3 and 12V4. In all, 83.3A (996.4W) is available to the supply. The reason for having more on certain rails is to give the wattage-guzzling components such as the CPU and PSU more amperage. We don't think it matters that it's multi-rail vs. single rail - both work just fine for modern PCs.

Other wattages are in line with what we expect on a 1,000W supply. 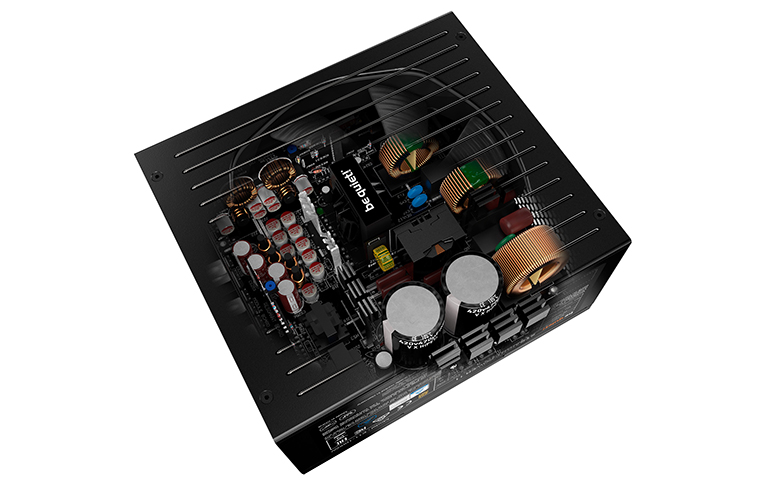 So, how has be quiet! upgraded this model to Platinum-level efficiency? It says, compared to last year's Gold, it has optimised the layout, replaced a few key components, and most importantly of all, gone from a half-bridge to full-bridge. The upshot is that rather than use a couple of MOSFETs to power the main transformer, the SPP1P uses four this time around, and it's this that leads to slightly higher all-round efficiency - each of the four MOSFETs is working at a bit better efficiency than two on a half-bridge architecture. Another key change is the use of two smaller, more-efficient transformers rather than a single one in the previous model. In a virtuous circle, increasing efficiency leads to less heat which leads to higher efficiency.

Inside, the supply uses six daughterboards to mete out various functions, including pulling the minor 3.3V and 5V rails from the main 12V, a process also known as DC-to-DC conversion.

be quiet! has taken the necessary steps to push its Straight Power line into the 80 PLUS Platinum firmament, leaving the present Dark Power Pro (its top-line PSU) in an awkward positioning spot, though a newer all-digital model is on the way.

The company is also relatively stingy with the warranty, at only five years for a premium PSU, though that is offset by its keener market price of around £160. Let's now roll the benchmark numbers and see if technical excellence matches up with what our dedicated Chroma test harness reports.