Setting up a new home office can be an enjoyable experience, but good luck trying to convince management you need a 32in 4K monitor with a built-in USB-C docking hub costing over £500. Your mileage may vary, yet there are plenty of good options further down the pricing ladder.

HP's E27q G4, at just under £250, is an attractive proposition in terms of both affordability and aesthetics. HP's business customers may well pay less than the advertised fee, and if you're wanting a home office that's modern in appearance, 27in monitors don't come a whole lot sleeker than this. 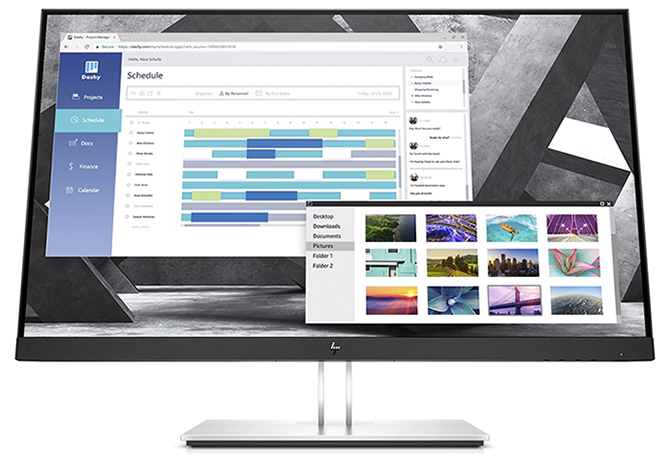 We tend not to be overly concerned with a monitor's outward presentation - it's the picture quality that really matters - yet it has to be said that the HP is particularly sleek. Thin bezels, a sharp stand and a tapered rear all add to the effect, and for a 27in display head measuring 613mm x 47mm x 366mm, the E27q G4 doesn't look at all imposing. Even the 'hp' logo on the 21mm bottom bezel looks classy, there's a gap to tidily route cables through the stand, and the 288mm x 216mm footprint of the base doesn't occupy too much desktop space.

Married to the pleasing appearance is a good amount of flexibility. Height adjustment is supported at up to 150mm, there's the usual –5° to +20° of tilt, 45° swivel in either direction, and you also get the ability to rotate 90° into portrait mode. Everything you'd expect, and though the monitor as a whole weighs only 7kg, build quality feels good with the removable VESA-compliant stand exhibiting good rigidity and no unwanted wobble.

How about the panel itself? HP's 27in IPS touts a 2,560x1,440 QHD resolution at 60Hz, with 250-nit maximum brightness, a 1,000:1 contrast ratio and 99 per cent sRGB colour coverage. Basic characteristics by today's standards, and with a 5ms grey-to-grey response time and no support for adaptive framerate synchronisation, the E27q G4 isn't going a prime choice for those who work by day and game by night. To be fair games do look sharp at the native resolution, but enthusiasts who favour faster refresh rates and minimal response times should look elsewhere.

For work purposes, the HP does have some likeable traits. The QHD resolution is a solid upgrade from ubiquitous 1080p and it works well at 27 inches, meaning you can comfortably leave Windows scaling at 100 per cent. Wide 178° viewing angles are forgiving, the anti-glare screen treatment does a good job of minimising unwanted reflections, and there's also a low-blue mode dubbed 'HP Easy Eye.' Not a great deal to get excited about, and we reckon HP has missed a trick in not including some form of onboard speakers. There are slots to attach an optional S101 Speaker Bar, but that's hardly an elegant solution for a panel as sleek as this. 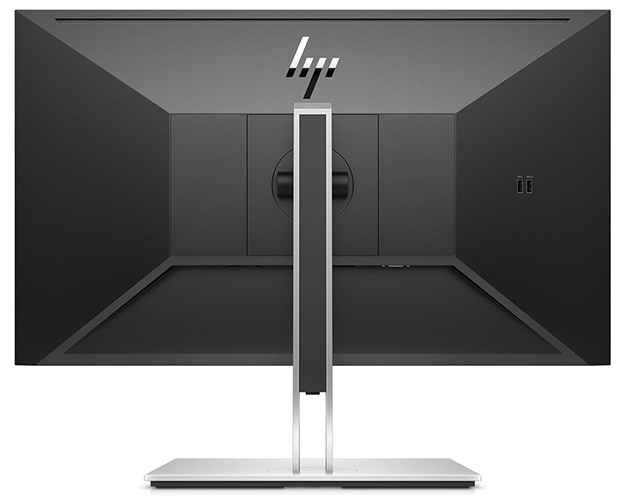 As a nod to its target audience, display connections include a choice of HDMI 1.4, DisplayPort 1.2 and age-old VGA, and there's a four-way USB 3.2 Gen 1 Type-A hub. Two of the USB ports are located toward the monitor's side for slightly easier access, and one of these supports fast charging at up to 7.5W. Do note that in addition to there being no speakers, there's also no audio passthrough/headphone jack.

Slim pickings, though users wanting extra functionality as standard do have the option of the E27d G4. Built around the same chassis, HP's alternative 27in model looks similar but features a pop-up 1080p webcam and an integrated USB-C docking station. Useful additions, for sure, but the elevated £450 fee is a rather large hurdle. That's almost as much as two regular E27q G4s, and we'd definitely favour the dual-screen setup. If you're contemplating dual screens, do note that HP's "micro-edge" bezel isn't as tiny as it sounds. The picture starts roughly 9mm from the edge, so expect a ~2cm gap with two panels sat side by side. 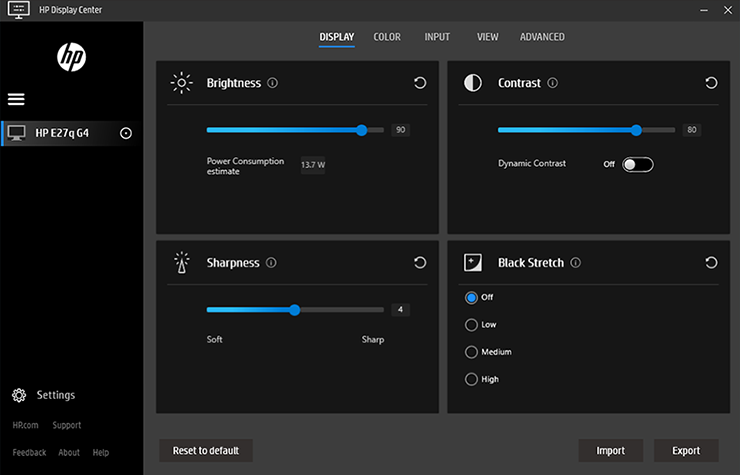 One other point worth mentioning is the accompanying Display Center app. Lightweight and easy to use, it provides access to monitor controls from the Windows desktop. A handy addition considering that the tactile buttons lining the screen's bottom edge are rudimentary, and in addition to colour and input controls, we like that the software supports desktop partitioning, as well as the ability to configure a power on/off schedule.

Sleek design and helpful software at a competitive price point? That's the theory, but let's see how the panel itself fares in our battery of benchmarks before coming to a conclusion.