AMD has made decent incursions into the laptop space with its latest CPUs. The U- and H-series offer compelling performance and solid battery life, so it's little wonder that more manufacturers have added AMD Ryzen to existing Intel Core options.

Up until recently, however, AMD had no play for powerful GPUs housed in said gaming laptops. Nvidia enjoyed total domination until RDNA 2 Mobile Radeon chips were announced last month.

Looking to provide a one-stop shop for premium gaming, AMD has worked with Asus to release the ROG Strix G15 Advantage Edition laptop touting a Ryzen 9 5900HX processor and Radeon RX 6800M graphics. A synergistic match made in heaven or simply not as good as the best from Intel and Nvidia? Let's find out. 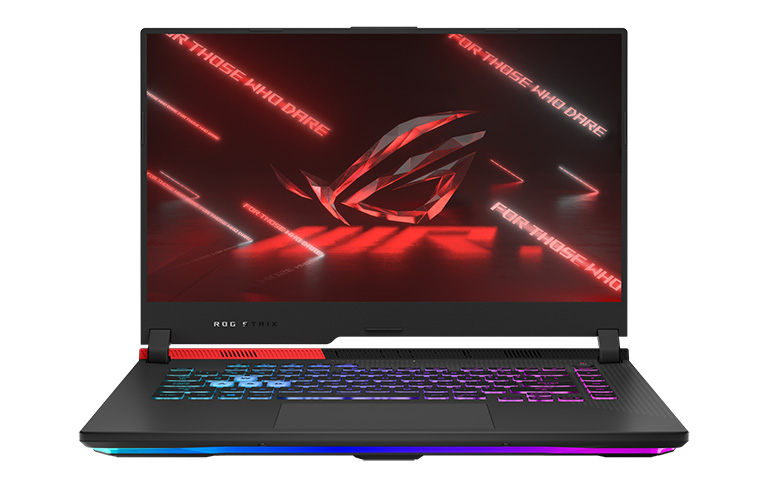 Immediate impressions are of an old-school industrial design perfused with RGB. The plastic chassis doesn't have the luxurious feel of, say, a Lenovo Legion 5 Pro, but to Asus' credit, build quality is solid and free of annoying squeaks or rattles. Have a cloth handy, though, as the lid is a veritable fingerprint magnet.

You certainly can't miss neither the RGB bar wrapping around the bottom nor the RGB-backlit keys whose lighting is per-key configurable. The default hues aren't overly distracting and leave a soft glow around lap or desk. Shortcut keys (Fn+F4) enable toggling through various effects through the Aura ecosystem, and if you so wish, can be turned off altogether.

Typing is an okay experience, too, as there's a nice amount of travel and feedback from the well-spaced keys, though we miss the numpad present on many competitors. Asus instead chooses to use this right-hand section for multimedia keys. The trackpad, meanwhile, is average. Notice something missing? Though the chassis measures 354mm x 259mm x 27mm, Asus bizarrely finds no space for a card reader or webcam, which is wholly irritating in today's age of working from home. Audio is surprisingly good, with lots of heft and plentiful bass.

This G513QY is offered in two screen options: FHD at 300Hz and QHD at 165Hz, and we have the latter. The non-touch FreeSync IPS panel offers a good colour gamut and produces a clean, even image across the 15.6in panel. Given its size, we ran it with Windows scaling set to 150 per cent. 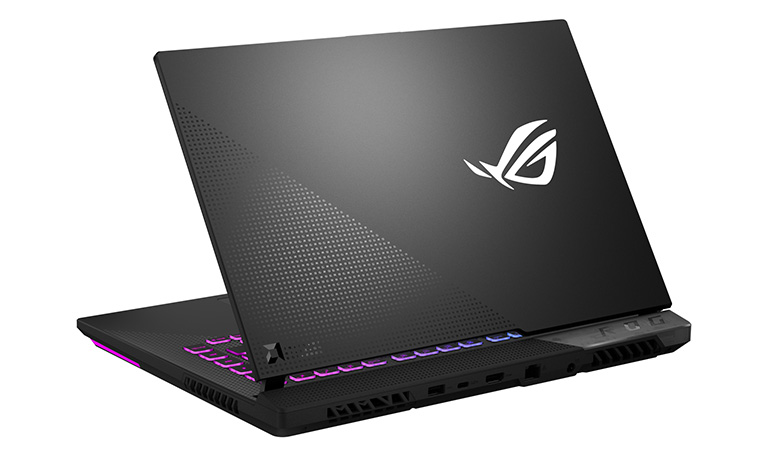 Tipping the scales at 2,324g is about par for the 15in gaming laptop course. Weight is distributed evenly across the chassis meaning it's easy to grip in one hand. The gamer feel is reinforced by the interchangeable accent on the bottom-right as we look at it. Asus provides a couple of bundled options over the red our sample ships with, and adventurous types can 3D-print their own.

The ports department includes the usual HDMI 2.0b, headphone and Ethernet yet is compromised by a lack of USB speed. Two Type-A line the left-hand side whilst a Type-A and Type-C (100W) are situated on the rear alongside the power inlet. That's reasonable from a volume perspective but know the maximum speed is only 5Gbps, which we consider poor in mid-2021.

Most prospective buyers will look past these shortcomings and focus on headline specifications. Rightly so, as it's bit of a beast. Multiple configurations exist. Ours is nearer the top end and identified as G513QY-HQ008T. Eight-core, 16-thread Ryzen 9 5900HX is paired with 16GB of DDR4-3200 memory. An Intel 670p 1TB NVMe SSD is on point for storage duties and the premium Radeon RX 6800M 12GB (145 to 160W under SmartShift) provides the gaming grunt. £1,900 is the asking fee for such performance, which sounds eminently reasonable until one peruses the specifications of the aforementioned Legion 5 Pro. 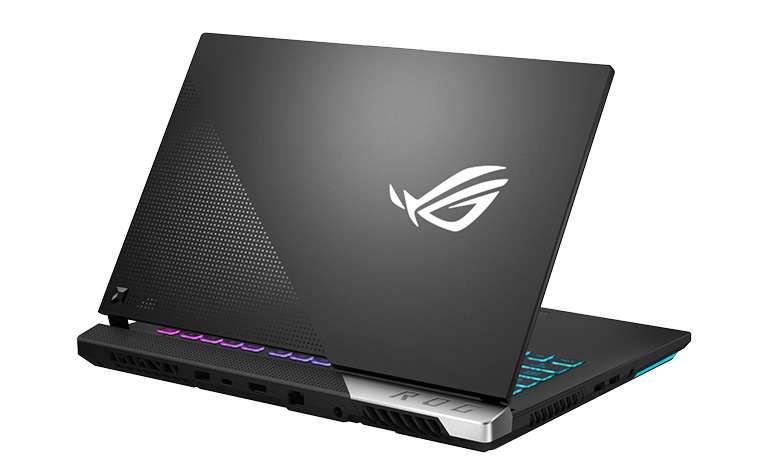 Asus provides four operational modes through the Armoury software. We benchmarked with Performance that rarely enables the laptop's fans to switch off when running low-load programs. Supplied with a bulky 280W fanless adapter, the laptop pulls close to 200W under full chat and causes the upper parts of the keyboard deck to become warm but not overly hot to the touch. Vents on three sides do a good job at expelling heat evenly.

Running a game naturally increases the strain on the cooling and consequently ramps up noise to levels we'd not be happy with unless wearing headphones. Shortcuts offer a Silent Mode, which does mostly what it says on the tin, albeit at the expense of framerate and overall performance. We feel as if the 190W of total load is a little too much for the cooling and form factor on offer.

The real reason you have come to this review is to see if Radeon RX 6800M can mix it with the big boys of the mobile GeForce world...