We seem to have stumbled into an era of consumer extravagance. Who would have thought that Covid would inadvertently lead to a whirlwind of spending, particularly in the tech industry, where anything and everything appears to be flying off the shelves. Speaking to industry partners, we're routinely informed that sales records are being shattered, despite ongoing stock shortages, and the concern now has shifted to "what happens if/when people return to their cautious selves?"

Pent-up demand is showing no signs of slowing, and if you're feeling the urge to splash out on a particularly swish laptop, they don't come much more extravagant than the Asus ROG Zephyrus Duo 15 SE GX551. 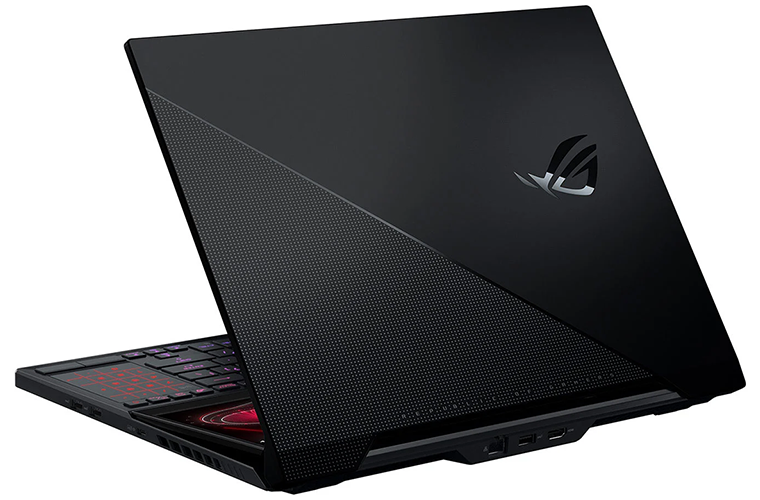 Our £3,500 review unit seems particularly well-suited to the times, and if you're not at all perturbed by the fee, rest assured this is a stunning piece of kit in terms of both build quality and implementation. On the outside, Asus's matte-black 360mm x 268mm x 20.9mm chassis looks and feels luxurious, and though a weight of 2.5kg is heavier than your usual 15.6in laptop, it lends a robustness that bodes well when considered as a desktop replacement.

There's a sense that something special lies within, and that extra flourish is revealed as a pop-up secondary screen that smoothly rises into position when the laptop is opened. Asus has weighted the mechanism perfectly; the display lid can be opened with one hand and the secondary display, a touchscreen, doesn't budge when pressed. You do notice the high-quality construction, though a design as complex as this introduces an inevitable limitation in that the angle of the secondary display is fixed and can't be adjusted during use.

From a purely hardware perspective, the primary 15.6in display is a 4K (3,840x2,160) IPS with a 120Hz refresh rate and 100 per cent AdobeRGB colour coverage. Promising signs for the creator crowd, and the secondary 14.1in panel is no slouch, either, with a 3,840x1,100 ultrawide resolution, 60Hz refresh and touchscreen functionality. Potent specs, for sure, though given the price point and the over-the-top nature of the device, we're surprised Asus didn't opt for an OLED, and wouldn't it be nice if both screens were touch sensitive?

The more pressing concern is whether or not the dual-screen setup holds real-world merit. We're not entirely convinced, though that isn't due to a lack of effort on Asus's part. The limiting factor for most attempts at dual-screen hardware is that software isn't yet geared to take full advantage of such configurations. Asus does include a few basic apps to play with - handwriting for basic doodling, numkey for a digital numpad - yet while the default background wallpaper looks futuristic, finding an actual purpose for the secondary panel isn't always easy. 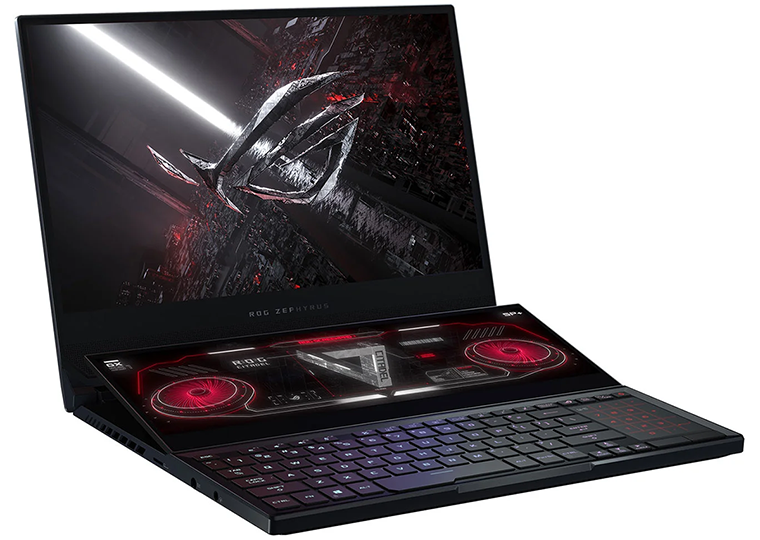 That isn't to say there won't be specific scenarios where the second screen is a godsend. Streamers may appreciate having their game on the primary display and their stream on the second. Content creators able to shift time lines to the second panel will also look upon the configuration favourably, but if you're expecting game developers to code extra functionality, or anything fancy like that, you're going to be out of luck. I've personally found the second display too short for common tasks such as web browsing, but it's fine for snapping, say, File Explorer to one side and Spotify to the other.

Problem is, just having the secondary display introduces a fair few niggles that are hard to overlook. Firstly, the ultrawide panel appears washed out compared to the primary 4K display, making it jarring when moving content from one screen to the next. Secondly, and more importantly, the presence of the ultrawide leaves little room for other features you might expect. There's no webcam nor biometric security, and the limited amount of available space results in a cramped keyboard and trackpad that, even after a week, I'm struggling to really get to grips with.

It is partly a muscle-memory issue; the trackpad just isn't where it ought to be. Fortunately, if you can get used to the unusual arrangement, the trackpad has proper buttons and the RGB-backlit keyboard has just enough travel to make for a reasonably comfortable typing experience. Appreciating the keyboard's close proximity to the laptop's bottom edge, Asus also includes a rubberised palm rest as part of the bundle, and given the absence of a numpad, the trackpad can be toggled to a digital numpad at the press of a button. A handy option, but not a match for actual tactile keys.

Usability does leave something to be desired, and that's a shame as the hardware is promising throughout. Under the hood resides an eight-core AMD Ryzen 9 5900HX processor, 32GB of dual-channel DDR4 memory, 2TB of mega-fast SSD storage, a 90Wh battery and an Nvidia GeForce RTX 3080 Laptop GPU in a 130W configuration. 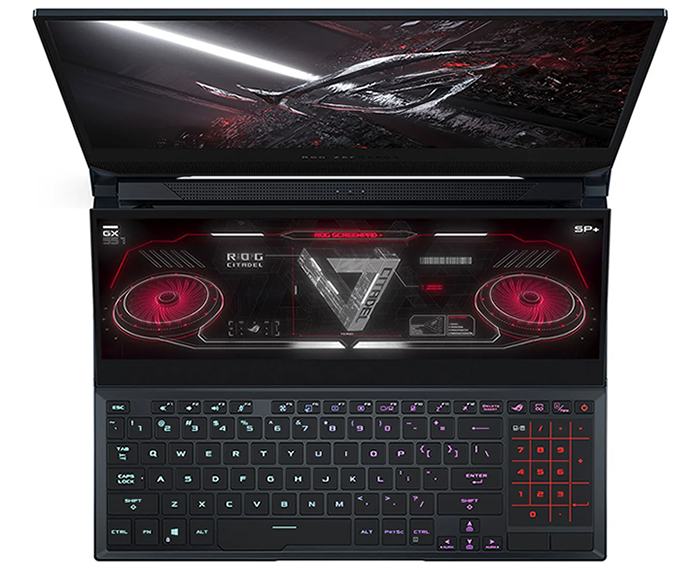 Connectivity is similarly well-stocked. The laptop's right side is home to dual USB 3.2 Gen 2 Type-A and one USB 3.2 Gen 2 Type-C with DisplayPort, the rear is where you'll find Gigabit Ethernet, HDMI 2.0b and another USB 3.2 Gen 2 Type-A, while over on the left there's a microSD card reader, combination audio jack and connector for the bulky 280W power brick.

Acoustics are another strong point, with the cooling fans remaining practically silent during regular use, and the four-speaker sound system delivering solid audio on a laptop of this size. Countering those areas of refinement is the software, which is loaded with bloatware that feels out of place on a system as ambitious as this. Let's now run the benchmarks and see how well Ryzen 9 5900HX and GeForce RTX 3080 play together in this most unusual of high-end laptops.