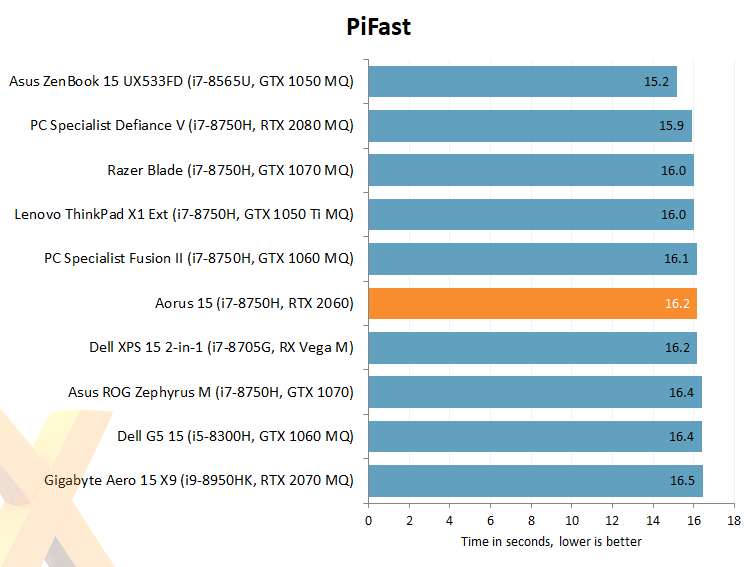 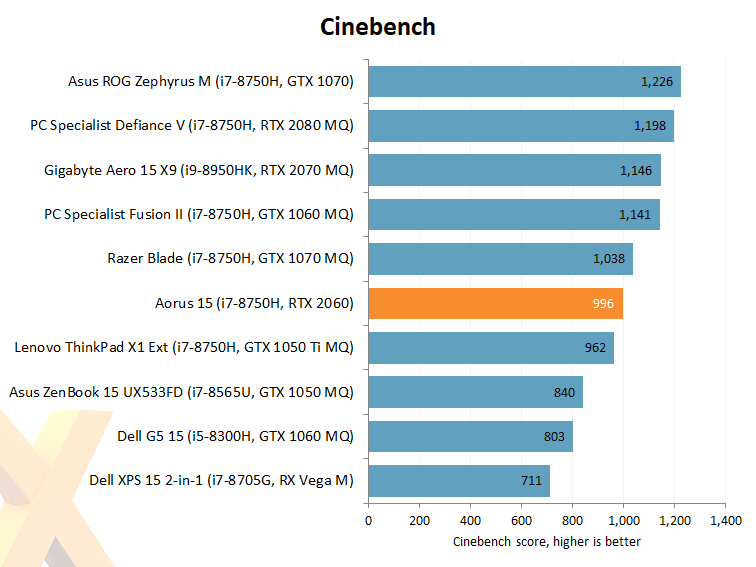 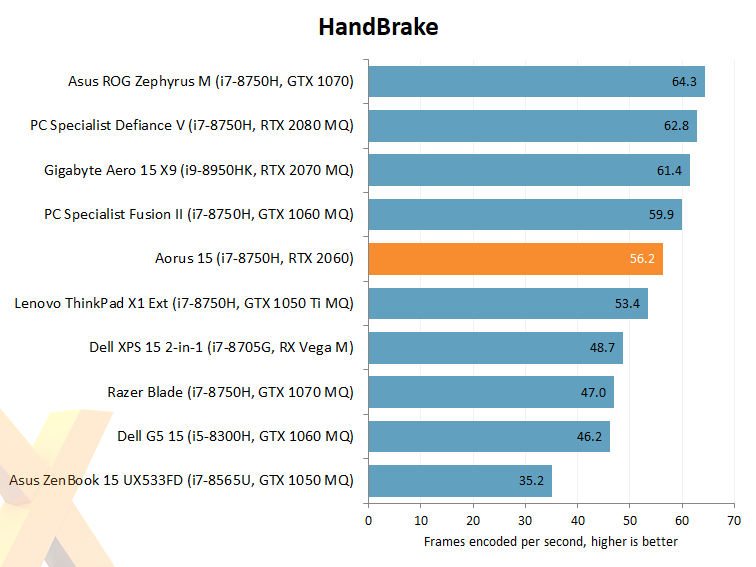 The six-core, 12-thread Intel Core i7-8750H is a known quantity and features in the majority of our high-end laptops. The 45W chip is capable of speeds of up to 4.1GHz, resulting in strong single- and multi-thread performance, but we witness a rather large variance in benchmark results depending on implementation. Some laptops are simply better than others at maintaining peak frequencies under load, and the Aorus 15 slots in around the middle of the pack.