There's not a lot wrong with AMD's reference cooler for the Radeon RX 6700 XT - it's more than capable of taming the 1440p GPU at a £419 MSRP - but if you do prefer to push the boat out, Sapphire's Nitro+ tends to be a preferred destination.

Upping the ante in terms of presentation, cooling and clock speed, Nitro+ represents the firm's finest interpretation of the 230W GPU, and if our experience of recent Sapphire cards is anything to go by, we expect whisper-quiet acoustics and MBA-beating temperatures across the board, if you excuse the pun. 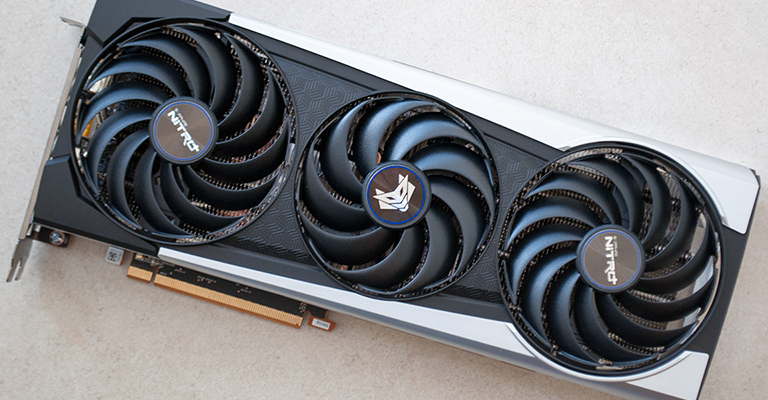 Given that the new 336mm² die is some 35 per cent smaller than top-tier RDNA 2 solutions, you might have expected RX 6700 XT cards to be more petite in stature. That isn't necessarily the case, and with AMD pushing core boost speeds in excess of 2.5GHz, robust cooling of 2.5-slot proportions can come in handy.

Sapphire certainly doesn't skimp on features as the triple-fan Nitro+ setup is for the most part an exact replica of the cooler previously employed by Radeon RX 6800. Board dimensions are similar at 310mm x 131mm x 51mm, the card weighs just over a kilogram and, as before, the design uses a familiar combination of black and silver while keeping the usual quartet of display outputs; a single HDMI 2.1 and three DisplayPort 1.4. 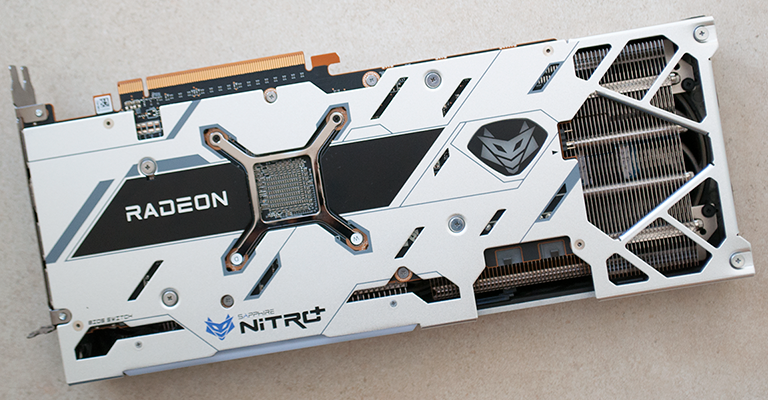 Subjectively speaking it's a good-looking piece of kit that will suit most builds, and don't worry about the backplate appearing almost white in certain photographs; it is definitely silver. There are still three RGB zones - the light bar across the top, the Sapphire logo and the mask on the backplate - and Sapphire helpfully continues to include an aRGB header at the end of the PCB for those who want to synchronise their lighting with the motherboard.

In terms of cooling performance, there's no stone left unturned. The two outer fans spin in the opposite direction to the smaller fan in the centre in an effort to improve airflow and reduce turbulence. All three switch off at low load and use hybrid fan blades that claim to combine the key strengths of traditional axial and blower fans, providing a six per cent increase in downward air pressure. There's a dedicated heatsink module attached to memory and VRM, and when you factor in the 11-phase digital power design, you know that temperatures and stability aren't going to be a problem. 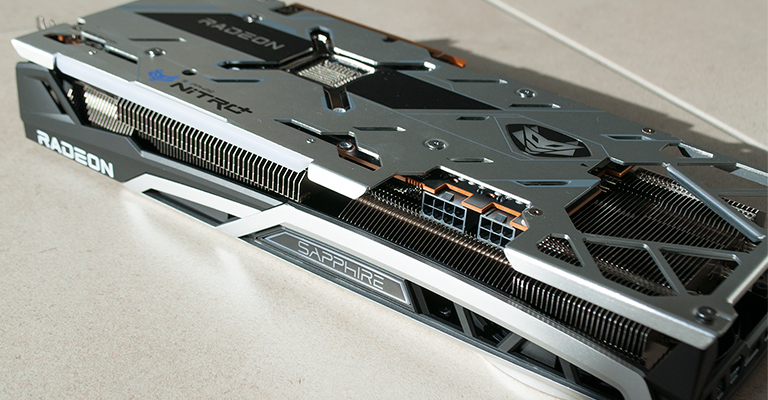 In keeping with the reference board, power is sourced via an 8+6-pin configuration that's neatly recessed into the backplate, and given the sheer scope of the cooler, there's a factory overclock as standard. Don't expect huge gains, mind. Sapphire officially quotes a boost clock of 2,622MHz (2,548MHz game clock) - representing less than a two per cent increase over the 2,581MHz stock speed - and given that AMD is already pushing the GPU to lofty heights, we don't expect any partners to offer significantly more headroom.

Performance across all out-the-box RX 6700 XTs is likely to be practically identical, and our logs reveal that there's hardly anything separating the MBA and Nitro+ cards when installed inside our AMD Ryzen test platform. During real-world use, they each fluctuate at between 2,540MHz and 2,560MHz, and the spacious 12GB GDDR6 frame buffer, attached via a 192-bit bus, operates at 16Gbps on either model. Prefer to keep your GPU running well within its capabilities? Sapphire's secondary BIOS, switchable via the hardware toggle or through the Trixx companion app, shaves boost clock to 2,615MHz and game clock to 2,433MHz, while cutting total graphics power from 211W to 186W. 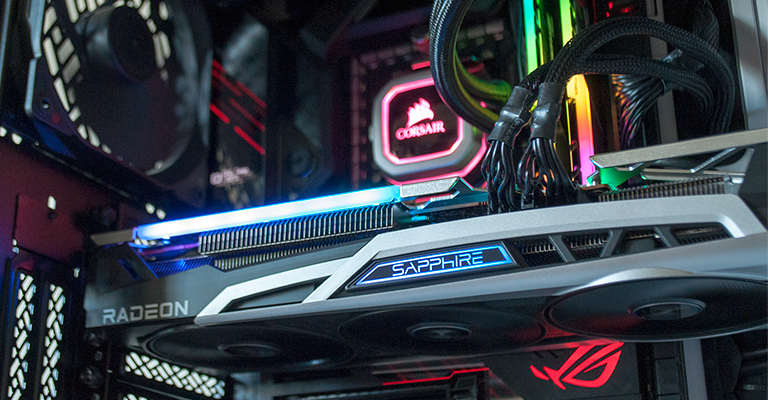 Our initial impression of RX 6700 XT paints it as a solid but not spectacular addition to the range. RDNA 2, complete with first-gen ray-tracing support, makes it a useful upgrade over the ageing 5700 XT, but rival GeForce cards continue to hold the upper hand with mature RT and DLSS tech, and the likes of RTX 3060 Ti and RTX 3070 are tough competitors to try to intersect.

That predicament is deepened with the Nitro+ as Sapphire is attaching a £539 MSRP that moves RX 6700 XT outside of its comfort zone. Then again, with demand far outstripping supply, don't expect to see many sat around on store shelves.