Ongoing stock shortages are such that the GeForce RTX 3060 Ti to buy is the one you can actually find. It's slim pickings out there, yet in a parallel universe, where stock is plentiful and scalping doesn't exist, those who have settled on the baby Ampere GPU may be wondering which partner card ticks the most boxes.

Gigabyte's Eagle OC has already been put through the wringer with mixed results and today we turn our attention to a custom-cooled Palit model dubbed the Dual OC. 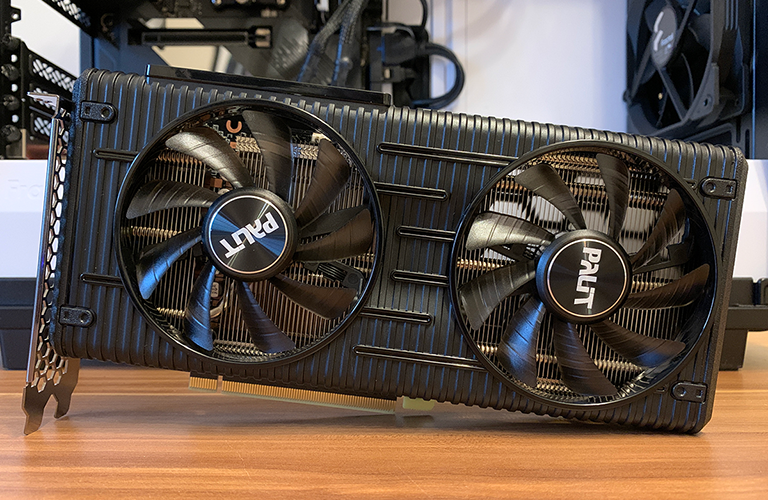 Details on actual retail pricing remain sketchy and difficult to assess when the card isn't in stock anywhere, yet we imagine the Palit will attract roughly a £30 premium, putting it at around the £399 mark. Coming in under £400 is essential, however the £369 Founders Edition continues to cast a rather large shadow.

Nvidia's reference board is a standard-bearer in terms of industrial design, aesthetics and low-noise cooling, and we suspect most partners will struggle to go one better. Measuring 247mm long and 120mm tall, Palit's dual-slot variant is only fractionally larger than the Founders Edition and carries an understated shroud that is in no way offensive. It's a tidy-looking card, and some will argue that physical appearance ought to be of least concern, yet there's a huge market for eye-catching PCs, and if you are inclined to dress it up, we're of the opinion that Nvidia's Founders Edition is the most elegant choice. 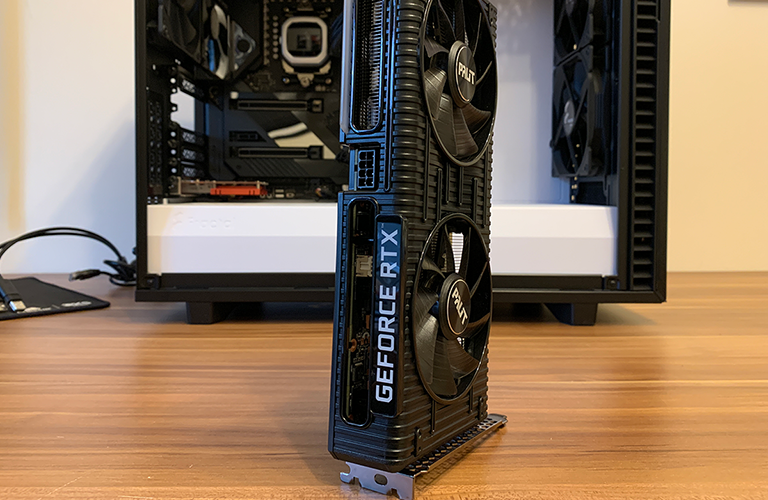 Palit's construction materials feel relatively lightweight - the card tips the scales at just over 600g - and the thin plastic sections across the top flex rather easily. It's a shame the fan headers are clearly visible with the graphics card oriented horizontally, and in keeping with the compact reference PCB, the position of the power connector almost halfway along the card isn't ideal for cable management. On the plus side, the standard eight-pin jack requires no awkward adaptors.

Appreciating there's no real need to beef-up an RTX 3060 Ti to triple-fan or triple-slot dimensions, Palit's dual-fan configuration ought to be ample for the 200W Ampere GPU. Each 90mm blower sits atop heatsinks that are interspersed with nickel-coated heatpipes that run the full length of the card. Both fans only whir into action when core temperature exceeds 60°C, yet while the initial spin-up is reasonably smooth, fan speed climbs to 1,900RPM (53 per cent) after a spell of gaming, causing noise levels to become clearly noticeable in our otherwise quiet test platform. 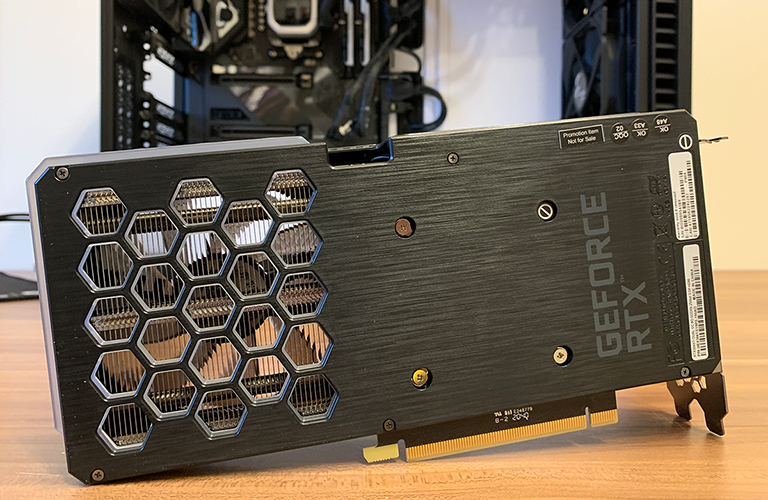 A rather tidy honeycomb pattern on the plastic backplate is said to increase airflow a further 15 per cent, and as the product name suggests, that cooling potential is used to enable a factory overclock. Don't expect a significant bump, mind you, as Palit plays it safe by adding another 30MHz to the boost clock, which climbs from 1,665MHz to 1,695MHz. The 8GB of GDDR6 memory remains untouched at an effective 14Gbps.

Keeping it simple is the best way for partners to keep pricing competitive, and as expected, Palit keeps the four display outputs in line with the reference mandate, meaning a trio of DisplayPort 1.4a and a solitary HDMI 2.1. Standard stuff, though having experienced our fair share of coil whine on recent high-end graphics cards, we're pleased to find that our RTX 3060 Ti Dual OC review sample doesn't suffer from any such side effects. Your own mileage may vary. 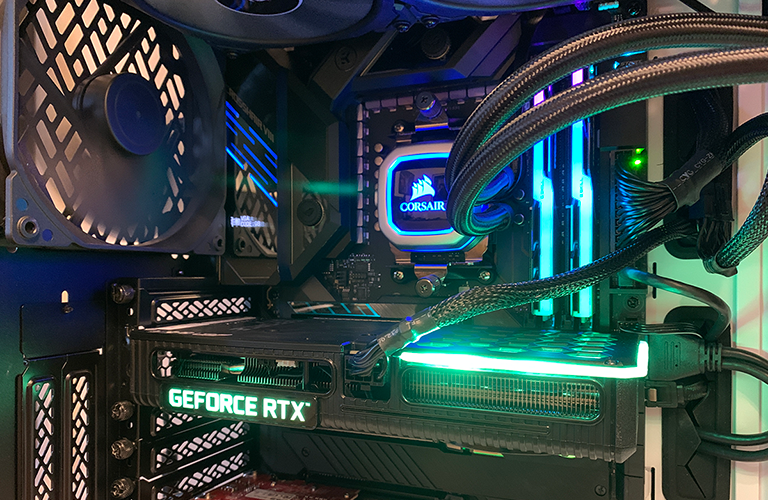 How can partners best differentiate from the Founders Edition? RGB lighting tends to be a common choice and Palit's implementation isn't bad. The light bar extending around the end of the card adds a neat glow to the honeycomb and works well in tandem with the backlit GeForce RTX logo at the other end. The default green illumination can be changed via the free-to-download ThunderMaster software utility, but there's no aRGB header for motherboard synchronisation.

We're expecting real-world performance to be a hair quicker than reference, but let's run through the benchmarks to see if they serve up any surprises before arriving at a conclusion.