Rendered at QHD or UHD resolutions and making use of DX12 technologies such as asynchronous compute, explicit multi-adapter and multi-threading, Time Spy is a modern 3DMark benchmark that hints at GPU potential in today's latest games. 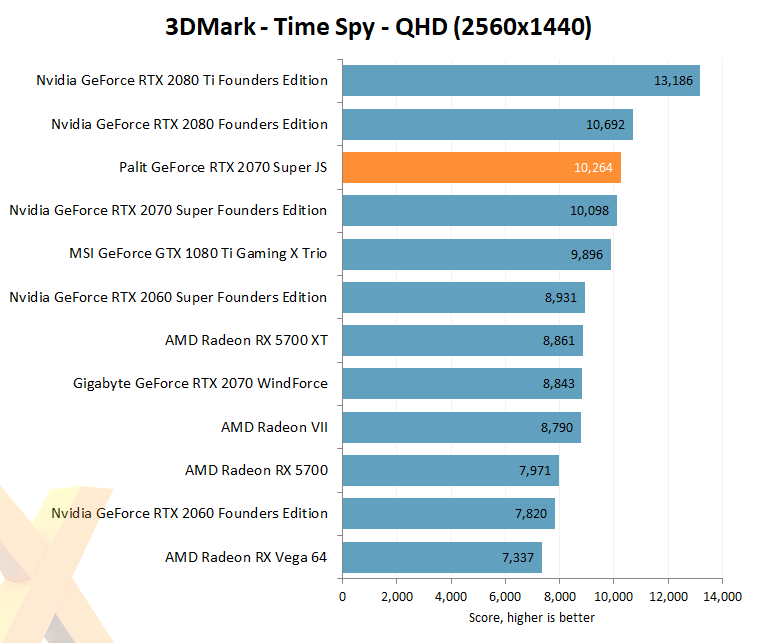 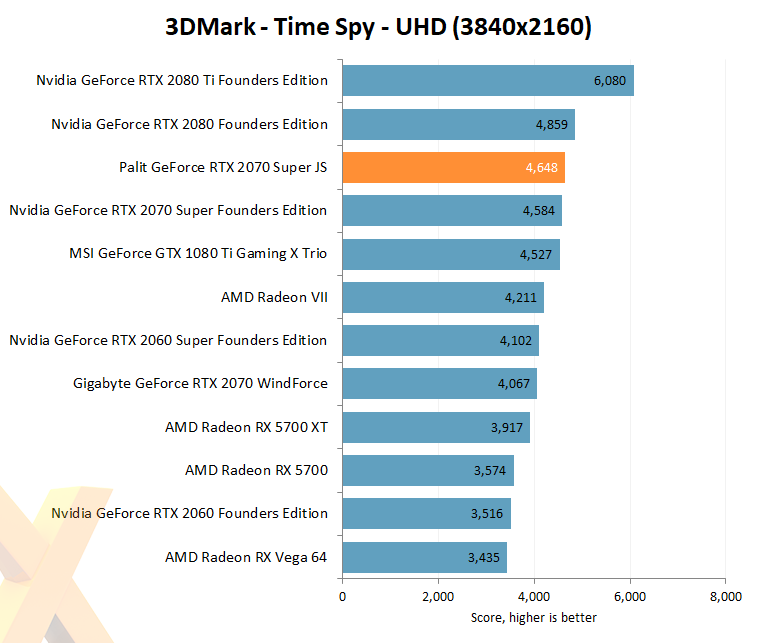 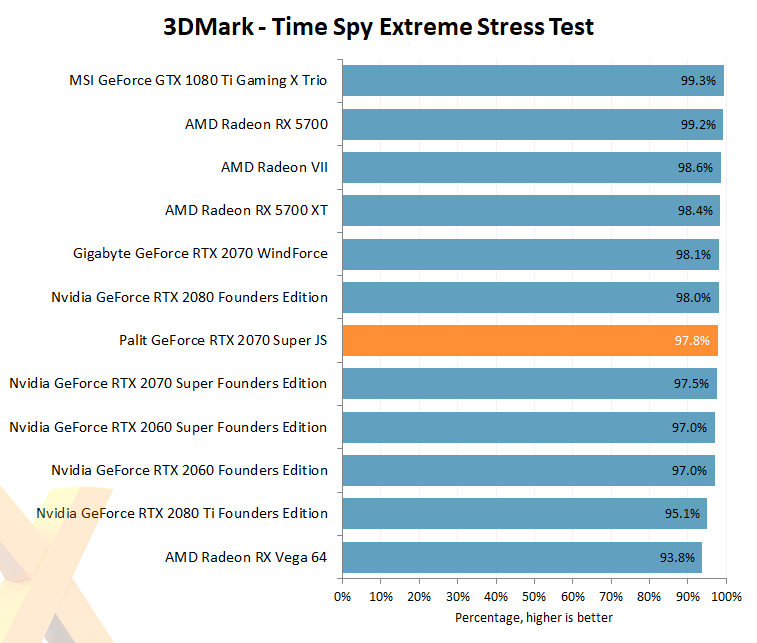 We know what to expect from the custom-cooled and factory overclocked RTX 2070 Super JS. Palit's card is, on paper, a fraction quicker than Nvidia's Founders Edition, and the numbers translate to a slight advantage in the synthetic 3DMark tests.

What's useful to know is that consistency has improved a touch, as evidenced by a Stress Test score of 97.8 per cent. Our logs reveal that the card average 1,875MHz during our benchmarks; marginally higher than the advertised 1,815MHz.