Deepcool's latest air cooler arrived at our doorstep with little fanfare, but having spent the last few days with the heatsink and fan installed in our AMD Ryzen 9 3950X test platform, we can safely say that this no-nonsense cooler is worthy of some attention. 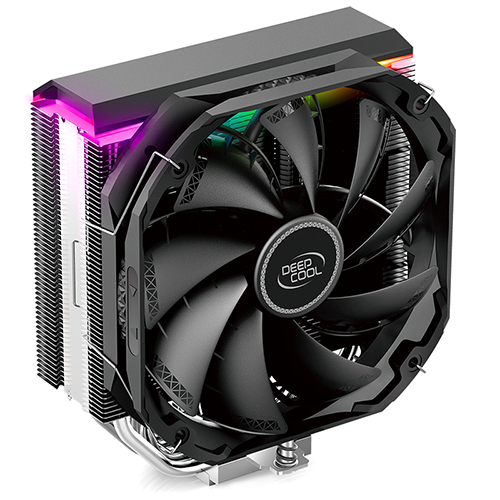 At £55 the AS500 is an affordable partner for a high-end chip, and if you have a tendency to overclock or want the very best performance possible, an AS500 Plus model is also coming soon and includes a second 140mm fan at a total cost of £65.

Either way, these coolers aren't going to break the bank and they deliver on just about all the requisite fronts. Firstly, it's a tidy-looking piece of kit. Deepcool's build quality is decent throughout, the nickel-plated finish is smart, and the slither of RGB lighting under the top cover is elegantly done - there's just enough illumination to add a little glamour, but not so much as to cheapen the overall aesthetic. Better still, the plastic top plate is matte black and free of any branding, allowing you to keep it clean or customise the top as you see fit.

Size matters when it comes to heatsinks, yet go too big and you can fall foul of component incompatibility, while smaller solutions may struggle to dissipate heat. Deepcool gets its spot on with the AS500. Heatsink dimensions of 140mm x 49mm x 159mm are made to measure on our Asus ROG Crosshair VIII Formula motherboard, leaving a small gap between CPU cooler and graphics card, and ample clearance for all four DIMM slots, two of which are occupied by G.Skill Trident Z Neo memory modules.

It's a very good fit and performance really shouldn't be lacking. The tall-but-slim heatsink is interspersed with five 6mm heatpipes, the copper contact plate is suitably smooth, and the supplied PWM 140mm fan, while not illuminated, can manage speeds of up to 1,200RPM, delivering airflow of 71CFM while purportedly keeping noise levels below 29.2dB. We don't expect our 16-core chip to pose much of a problem at stock speeds, though we're intrigued to see how a £55 single-fan cooler will fare when all cores are overclocked. 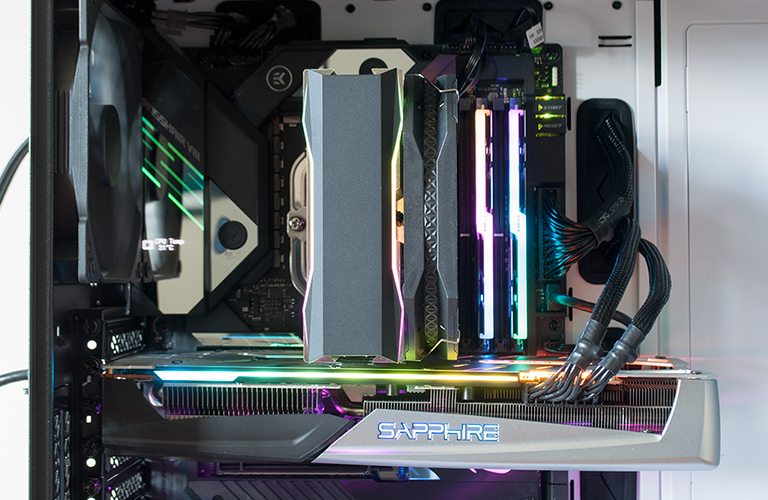 Looks reasonably sleek, no? All the latest AMD and Intel sockets bar Threadripper are supported, and installation on our AM4 test platform proved straightforward. It's simply a case of removing the default mounting hardware, installing the provided brackets with a set of thumbscrews and then fixing the heatsink in place. The securing bridge is pre-fixed to the top of the contact plate, so there's no awkwardness trying to hold things in place, and Deepcool's small tube of supplied thermal paste is good for at least a couple of installations.

A spare set of fan clips is also included for users to optionally attach a second fan of their own, and there is a choice of two lighting cables. The first provides an inline control for cycling through various effects while powered via SATA. The second allows the cooler to attach to a motherboard header for synchronised illumination with all the major vendors. That does mean the cooler requires a total of two cables - one for the RGB, which is neatly routed down the side of the heatsink - and another for the four-pin fan, but installation on the whole is tidy and hassle-free. Let's now find out how the AS500 performs.