We'd all like to get our hands on a Noctua NH-D15 chromax.black, but for many consumers the £95 asking fee is going to prove too large a hurdle. Fortunately, you don't need to spend such large sums to get adequate cooling for the latest many-core CPUs.

Those wanting to keep costs down can turn their attention to be quiet!'s latest addition, the Pure Rock 2. First announced back at CES in January and arriving at retailers starting today, this mainstream solution is being made available in either a silver or black finish, priced at £34 and £39, respectively. 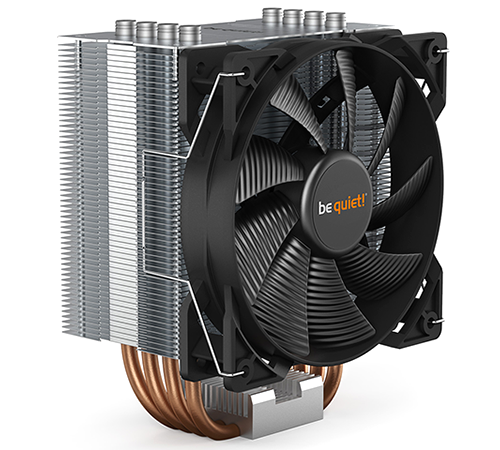 Pricing is agreeable, and having spent some time getting acquainted with the cooler these past few days, we're pleased to report there isn't a great deal that be quiet! gets wrong. Following on from the 2014 Pure Rock, the 2020 sequel follows a similar format and is almost the exact same size, measuring 87mm (L) x 121mm (W) x 155mm (H) including fan. There's plenty of space around the CPU socket to fit a cooler of this ilk, but just in case, be quiet! has shifted the heatpipes to an asymmetric formation, ensuring full access to all four DIMM slots on most motherboards.

The four copper heatpipes retain a 6mm diameter but there are two key improvements elsewhere. Firstly, the heatpipes now make direct contact with the CPU, and secondly, the number of heatsink fins has been upgraded from 48 to 55. Aluminium caps finish the tops of the heatpipes off nicely, as does the brush-effect top plate, and we like the fact that be quiet! has rotated its logo 90º - it looks much better when mounted inside a windowed chassis. 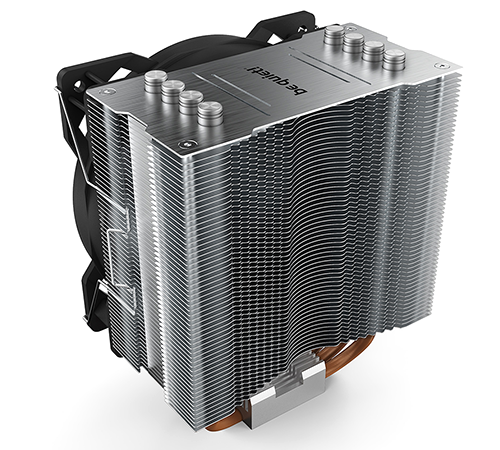 A single Pure Wings 2 120mm PWM fan is included the bundle, along with a spare set of mounting clips for those contemplating adding a second fan to the rear. There's no spare thermal paste, which is a shame but not entirely unexpected at this price point, and if we're being picky, the three-year warranty is good but not great; plenty of coolers now offer five or six years of cover as standard.

Is it worth paying extra for the all-black model? That's a case of personal preference, but be quiet!'s black anodised finish does look rather sleek, and we like the stealthy makeover extends to every part of the cooler, including the heatpipes, caps, contact plate and even the mounting kit. An extra £5 may be deemed a small price to pay for a dark-themed build, but the regular silver version doesn't look out of place in our test platform. 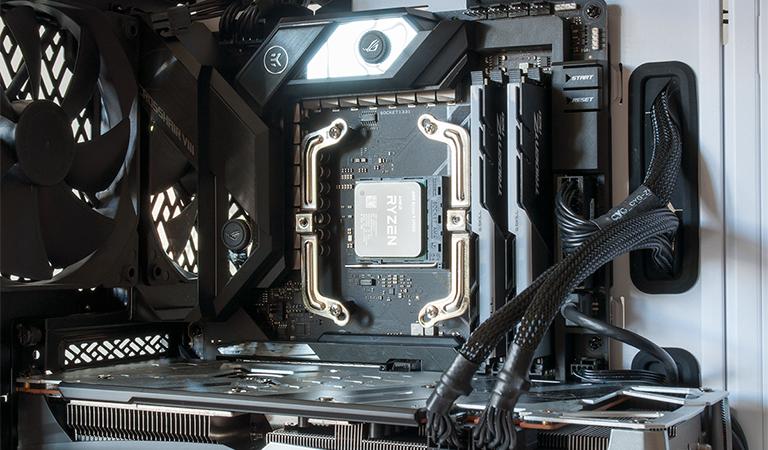 All the relevant fixings for every modern Intel (1200, 2066, 1150, 1151, 1155, 2011) or AMD (AM4, AM3) socket except Threadripper are included in the bundle, and installation on our Asus ROG Crosshair VIII Formula X570 motherboard is straightforward enough. Simply remove AMD's default plastic retainers and screw the be quiet! mounting brackets to the existing backplate using the provided screws.

With the brackets in place, the heatsink is secured using a mounting bridge and two crosshead screws. A neat layer of thermal paste is pre-applied to make the whole process even easier, and the fan then clips onto the heatsink and attaches to a single four-pin motherboard header. No gaudy RGB lighting, no mess of cables, and no unnecessary software. This is a traditional CPU cooler; it just works. 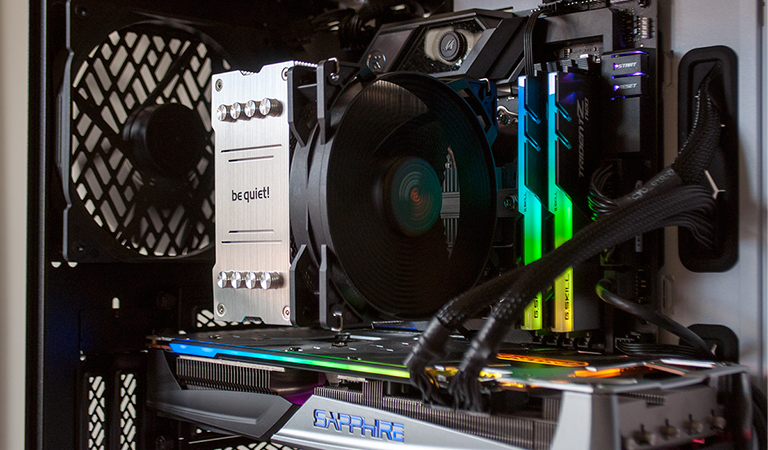 The asymmetric layout lives up to its intended purpose, with all four of our DIMM slots going unhindered, and taking the fan clip into account, there's also roughly 12mm of clearance between the cooler and graphics card. A weight of 575g isn't placing too heavy a load on the motherboard, and be quiet!'s build quality and presentation ultimately belie the entry-level £34 price tag. Heck, the black fan on silver heatsink kinda suits our test setup.

There's not a lot to criticise, but can a relatively simple £34 cooler cope with the demands of an AMD Ryzen 9 3950X processor? Let's find out.