Windows 11 still has plenty of wrinkles to iron out before it is ready for general consumption, expected sometime in October. However, something more serious than a mere wrinkle might have been spotted by The Verge, which asserts that "Microsoft's upcoming release of Windows 11 will make it even harder to switch default browsers and ignores browser defaults in new areas of the operating system". The big question seems to be: is this a bug or a feature?

One of the changes in the way Windows 11 works is in setting default apps. Installing a new browser presents the dialogue below during first run only, says The Verge. If you don't choose your preference mindfully, and check that extra box for 'always use this app' you won't be prompted again in the current Windows 11 beta release. 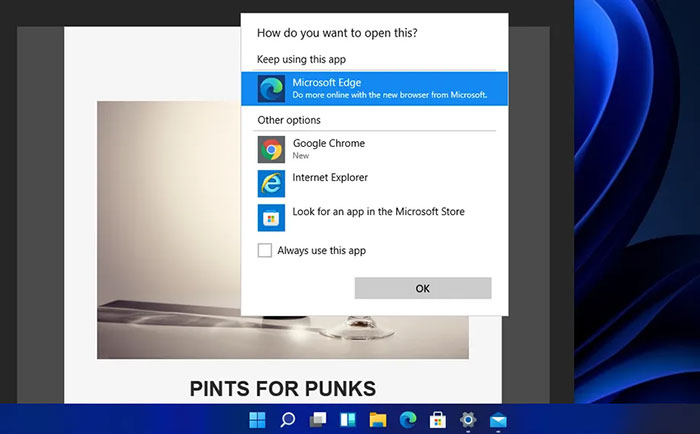 If you miss the above, it is reported that you can still change defaults but you will have to labour through changing all the common browser file types individually – files with extensions or data types such as HTM, HTML, PDF, SHTML, SVG, WEBP, XHT, XHTML, FTP, HTTP, and HTTPS. In contrast, Windows 10 allows users to switch default email, maps, music, photos, videos, and web browser apps quickly.

In further tests by The Verge, it was found Mozilla has already done something which lets its Firefox browser reclaim the browser preferences in one shot, but the likes of Chrome, Opera, Vivaldi, and Brave needed the presence of mind to change and confirm at first ask or fiddle through multiple file associations later. On the topic of this 'fiddly' level of control, Microsoft says users have requested customisation and control on a more granular level.

Statements garnered from Mozilla, Google, Opera and Vivaldi execs, make 'alternative browser' developer worries clear. SVP of Firefox, Selena Deckelmann, told the Verge that "additional and unnecessary steps to set and retain their default browser settings… are confusing at best and seem designed to undermine a user’s choice for a non-Microsoft browser". Google's head of Android, Chrome, and Chrome OS, Hiroshi Lockheimer, commented that "I hope this is just a developer preview thing, and the shipping version of Windows 11 lives up to their [open choice] claims." 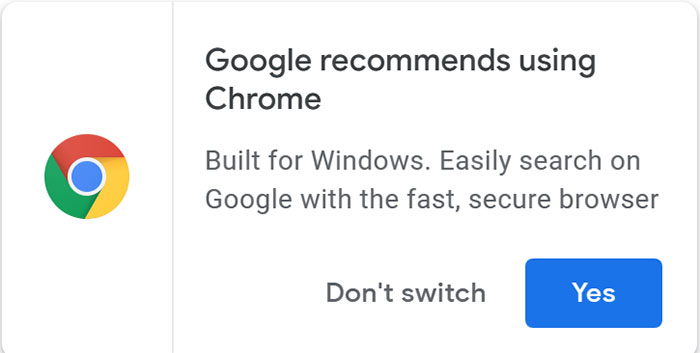 In Windows 10, Microsoft has received flak for ignoring default browser choices in its search experience, and similar behaviour has been observed in the recently introduced news/weather widget.

Other Microsoft and Windows news

In other Microsoft news, the Translator App has gained language region support. For English, that means you can pick from American, British, Australian, or others.

Guess that shows that you don't have to be a $billion mega-corp to have big egos involved who just ‘know best’.


Wasn't the GNOME 3 on Linux another attempt to foist major changes on users whether they liked it or not? AFAIR wasn't about the fear of being left behind the hyped tablet market like Microsoft's Metro UI? Or concentrating so much on a scaleable UI that traditional desktop users' experience regressed?
Posted by Rubarb - Thu 19 Aug 2021 21:14

Never had a problem with Mozilla, infact I think that will run on anything tpm or not (sorry cheap dig).
But firefox I would say is miles better than edge or even chrome.
Posted by Saracen999 - Thu 19 Aug 2021 22:33
This kind of thing is why I'm not even really looking at W11 until we get to see the final version, and then know if this is a deliberate move or just a “developer thing”.

it was found Mozilla has already done something which lets its Firefox browser reclaim the browser preferences in one shot, but the likes of Chrome, Opera, Vivaldi, and Brave needed the presence of mind to change and confirm at first ask or fiddle through multiple file associations later.

Well, exactly. I'd bet that if individual packages don't start to acquire a “make me default” facility, poste haste, some utility developer will.

I use the utilities I use because I find them best for me. They might be built-in tools, or more likely, 3rd party tools, but either way, I'm switching to them because I've already decided they're best for me. Some are free, many paid-for, but in any event, I use what I prefer. YMMV. If, when it comes out, it were to turn out I can't, it makes my decision about upgrading for me. But I doubt that'll happen.
Posted by CAT-THE-FIFTH - Thu 19 Aug 2021 22:55
I wonder how long before the EU gives MS another fine?! :clapping: