A week after Microsoft CEO Satya Nadella told the BUILD 2021 audience that he was "incredibly excited" about the next update to Windows, a special Windows event has been announced for 24th June. At the developer conference, Nadella explained his excitement by saying the update was arriving "very soon," and that it would be "one of the most significant updates to Windows of the past decade". 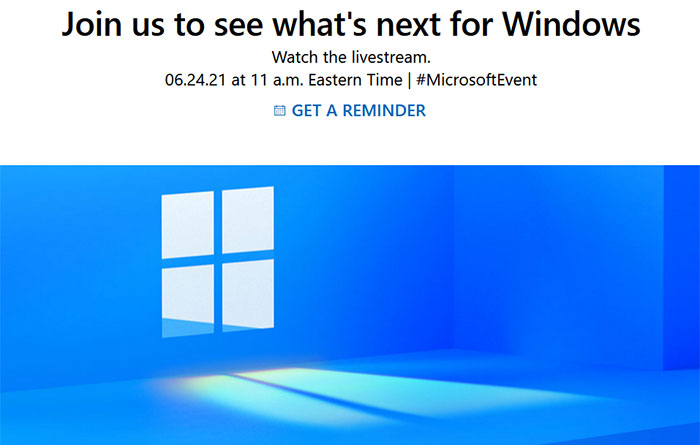 If you head on over to the livestream invite page, you get to see that the upcoming event is going to be focussed upon "what's next for Windows". Additionally, you get the date/time (11am ET [4pm in UK], Thursday 24th June) but that is all. However, there is something odd about the large invite image… 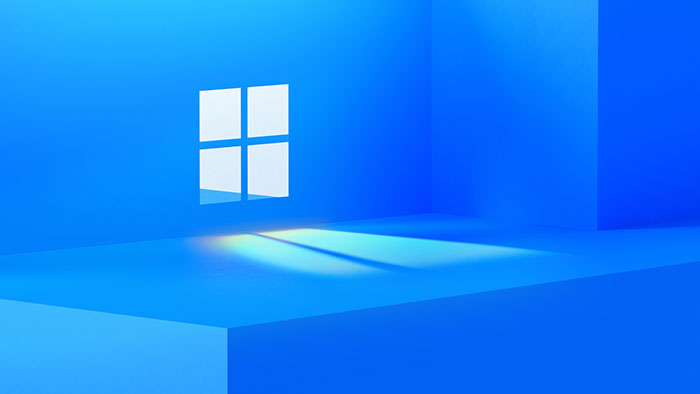 Above you can see the light coming through the traditional Windows icon onto the 'floor' seems to have ignored the horizontal bar in the window. This must have been an intentional aspect to this image rather than a mistake – but why? Some might see the number 11 created by the light on the floor, others might see a dual-screen type device represented signifying the merging of Windows 10X.

The idea that we might be seeing the first announcement for Windows 11 gains some further weight with the scheduled 11am start to the livestream. Microsoft could go on to release the OS on 11th November…

It seems to be certain that the next Windows release will feature a significant visual overhaul, which is codenamed 'Sun Valley'. Pictures we have seen so far indicate that Sun Valley intros; new icons, floating menus, and might even debut a central floating Start menu.

With the news about the demise of Windows 10X, we might also see some of the UI options from sneak peeks at that OS arrive in the next Windows, if not for general consumption as defaults, perhaps as options for users.

Other changes will arrive to make the new Windows better for developers. At BUILD, Microsoft's CEO said that devs would have access to "the most innovative, new, open platform to build and distribute and monetize applications," with Windows. During the BUILD presentation, I noted that Nadella always talked about the "next generation of Windows" rather than "Windows 10."

Often we get a glance of things to come from the Windows Insider channels ahead of these kinds of updates. However, a version number change is going to be a major publicity event, so Microsoft probably doesn't want to dilute the PR impact.

"the most innovative, new, open platform to build and distribute and monetize applications,"