Last week some users raised concerns that the Epic Games Launcher was eating up CPU resources even when it wasn't downloading games or updates. Basically the software could be idling, minimised, and in the background but would still consume a few percentage points of your CPU, with an occasional usage spike. AMD users noticed the errant behaviour first but it turned out to be a problem for Intel CPU users too. 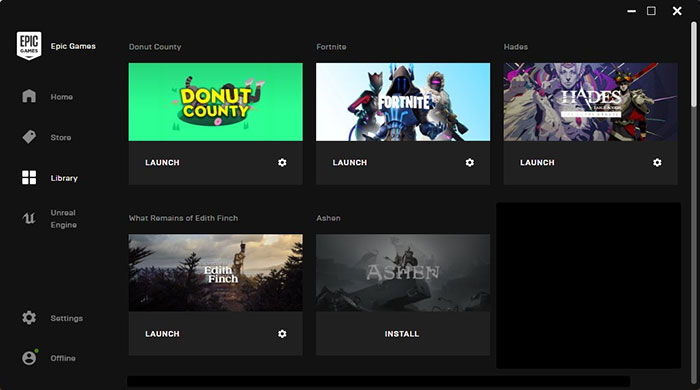 In its initial reporting of the issue on Christmas Day, Hot Hardware noted that a system packing a liquid-cooled AMD Ryzen 9 5950X CPU would 'idle' at 54°C with the Epic Games Launcher in the background "seemingly doing nothing," yet taking about 2 per cent CPU resources. When the launcher was quit and measurements taken again the system idled at a significantly cooler 34°C.

At the weekend Sergiy Galyonkin, a developer at Epic Games and creator of SteamSpy, acknowledged that Epic was aware of the bug and had a team working to iron it out. Yesterday Galyonkin added a reply stating that "We have identified the issue and currently testing the fix. You’ll see it in the patch notes once the launcher gets updated".

At the time of writing the Epic Games Launcher doesn't seem to have been updated, but it looks like a fix should be delivered today as the last update from Galyonkin, at 1.23 last night said that the "fix seems to be working, so it shouldn't take long".

Meanwhile it remains unclear what other fixes will be delivered in the launcher patch, if any. In its earlier report Hot Hardware also commented on background network usage observed with Epic's software. Apparently it used 512KB of data in an hour when idling, which is 14X more than the likes of Steam or the GeForce Experience in the same timeframe.

As a reminder, the Epic Games Store is still giving away some pretty good games over the festive period - which need this launcher to play.

Posted by EvilCycle - Wed 30 Dec 2020 10:35
This issue got so bad on a friends machine that the launcher bugged out and starting using 100% CPU whenever it was launched, re-installing the launcher fixed it but I am guessing it is still using more than it should going by this article.
Posted by Tabbykatze - Wed 30 Dec 2020 10:47
It fascinates me how something like this can just occur…
Posted by jnutt - Wed 30 Dec 2020 11:39
Poor attention to detail I would guess.
Posted by rave_alan - Wed 30 Dec 2020 13:09
Good they managed to fix it fast.
Posted by LSG501 - Wed 30 Dec 2020 13:19
Not saying this is the case, and I'm sure there will have been people looking at the code, but you have to wonder if a company that offers up ‘free stuff’ so regularly hasn't looked at the idea of adding in crypto mining or the likes to the store as a way to get some extra cash…. who's to say this isn't them testing it silently and then if people find out they just say cpu usage is a bug etc.

Just look at how adverts were coded to do the same thing….

Edit.. seems like this high usage has been going on for over a year and some have had similar thoughts…