Internet technologies watcher NetMarketShare has updated its figures to include OS usage observations from May 2020. The past month saw Windows 7 dip slightly under the 25 per cent market share level. Meanwhile, Windows 10 has advanced to account for nearly 58 per cent of all PCs and laptops spotted online by the market researcher.

The battle for market share featuring Windows 7 and Windows 10 is no longer of trivial importance or leisurely interest. The 2009 vintage Windows 7 exited mainstream support and into extended support in 2015, and then, on 14th January this year, even its critical security patch eligibility was removed from the mainstream by Microsoft. Some customers with Win 7 Pro or Enterprise have joined the ESU paid-for updates subscription program. However, many of those observed on the internet by NetMarketShare will have unpatched vulnerabilities. 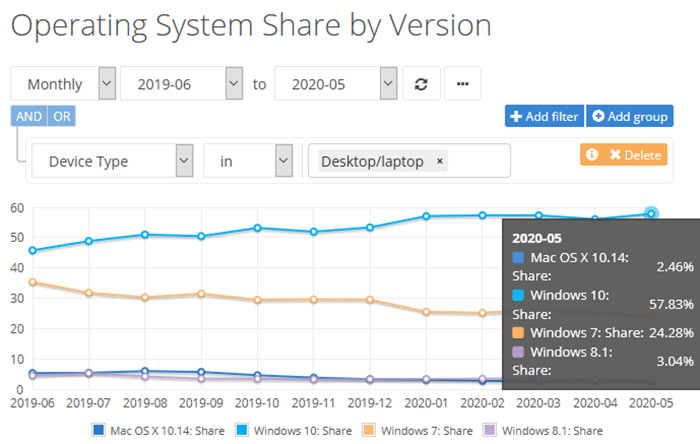 The share of Windows 7 PCs in use out there appears to be pretty resilient. Looking at the chart we haven't seen much of a downturn in its usage since Dec 2019/Jan 2020, but the most recent month shows its usage curve may be turning down a bit more.

Gartner recently pondered over worldwide device shipments and Windows market share. Though the PC market has declined in recent months, Gartner analysts noted it could have been much worse if not for businesses, education and government establishments buying new devices for WFH and other isolation initiatives. Of course new PCs now all ship with Windows 10, (if not Mac OS or Linux), no one is selling new machines and bolstering Windows 7 usage figures. 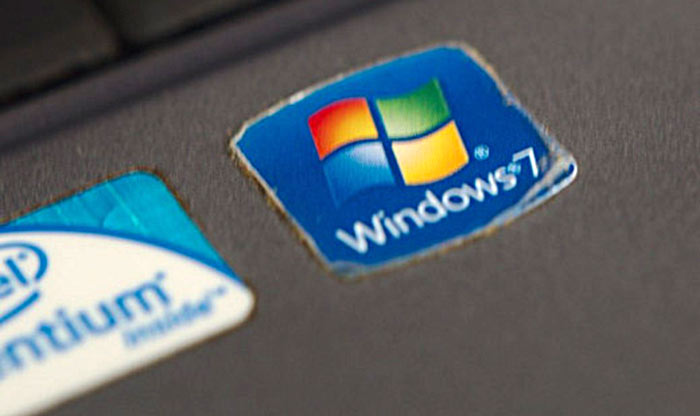 Looking at the just Windows OS figures, Windows 7 market share won't dip below 20 per cent until 2020 is out but will be approx 15 per cent a year from now, reckons ComputerWorld. This time next year it expects Windows 10 to have reached the heady heights of 80 per cent or more of Windows OS market share.

DavidC1
Of course Windows 10 is dominating. Microsoft forces you to install it by stopping updates to Windows 7.

For desktops Windows 7 has a better user interface. They are not willing to admit that.

They are not forcing anybody to upgrade, but if you want to keep running a 10+ year old OS you cant expect it to be updated forever.

As for the user interface, I do prefer 10 but do find them very similar over all and can still use either without much adjustment.
Posted by Teece - Thu 04 Jun 2020 14:21
Agree with Percy1983. Win7 is very long in the tooth now. Win10 has improved markedly with the biannual update model. And you cannot expect MS to maintain an OS in perpetuity.

Being able to deploy Windows Hello for Business on my home domain was the final nail in the coffin for Win7, having the whole family able to log on with fingerprints or a webcam is great. A shame it was such an epic battle to get working on the back end :rolleyes:
Posted by gagaga - Thu 04 Jun 2020 14:26

DavidC1
Of course Windows 10 is dominating. Microsoft forces you to install it by stopping updates to Windows 7.

For desktops Windows 7 has a better user interface. They are not willing to admit that.

They don't force you to do anything. Pay for the updates if you want to keep using Windows 7 - which is about 10 versions of windows old (8, 8.1 and multiple versions of 10).

10 is excellent now - incredible stable, it's fast and a lot of neat touches. The control panel/setting duality is still a pain, but that's really the only area 7 is better.