Microsoft has released PowerToys v0.16. This release is notable for its adding of a plethora of new features, it isn't just a quality / stability release but there are those too - over 100 bug fixes in all. The new utilities delivered in PowerToys 0.16 include; Window Walker, PowerPreview, and Image Resizer - and there are FancyZone improvements too.

Window Walker is a charmingly named Alt-Tab alternative for app/window switching. This utility allows you to find and bring to the foreground any open window. Its real skill is it can do this using just keyboard commands, no mouse input required.

One launches Windows Walker with the Win-Ctrl key combo and starts to type. This brings up a list of matching windows which can be selected with up/down keys.

PowerPreview shows a "lightweight, rich, read-only preview of the file's contents in the view's reading pan," explains Microsoft. For now this custom preview handler has been used to add quick previews of SVG images and Markdown documents in File Explorer.

Image Resizer is a Windows shell extension which facilitates the resizing of image files selected in File Explorer and is particularly useful for bulk resizing. You can select the files you want to resize using the mouse, or via search results and right click to bring up the resizing menu dialogue box. 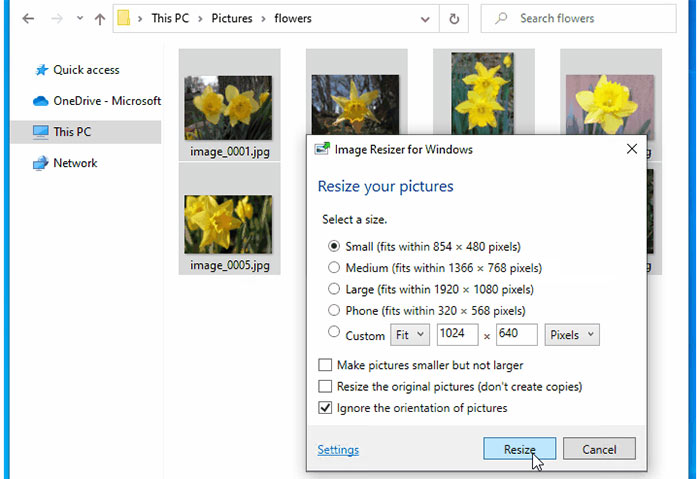 There are a number of resizing presets as well as a custom option and further settings. For example the utility can also be used for file renaming and format conversion (JPG, PNG, TIF).

Those who are already using PowerToys from previous releases might be pleased with the FancyZone improvements. This window manager tool now includes; Zone flipping switching between monitors, and a simplified UX for multi monitor users.

Microsoft is introducing a scrolling new ticker app for Windows 10. News Bar has been released as a beta and curates news content from over 4,500 publications into a ticker tape format. Users can position the ticker on the bottom or to the side of the screen and configure it for text-only or to include image previews. 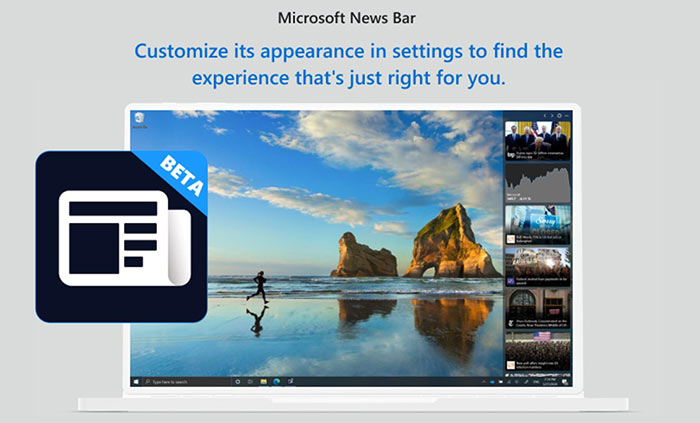 The vertical news ticker option, with image previews on

At the time of writing this beta software doesn't allow you to customise the selection of news sources, and another wrinkle (intended or not) is that all links will open in Microsoft Edge.

Um pretty sure I could preview svg's due to normal codecs being added, not sure on markdown but wouldn't be shocked there either. I really wish MS would just bake in thumbnail support for as many file formats as possible… we still don't even have native pdf thumbnails, even though MS can print pdf's from some programs… this is something os-x has had for ages and I really wish MS would catch up here.
Posted by anselhelm - Sat 04 Apr 2020 10:20
I got really confused for a moment, as I've been using that resizer tool for years:
https://www.bricelam.net/ImageResizer/

I went to the website and then saw this update from the developer:
“The Microsoft PowerToys team and I got in contact, and we decided to move Image Resizer for Windows into the PowerToys project, thus restoring it to its rightful place.”

This makes me happy, as more people will get to experience this simple but excellent tool.