Back in 2012 we reported how Microsoft debuted Fresh Paint as Paint reimagined for Windows 8. More recently, with the advent of Windows 10, the Paint app was revamped with 3D functionality and brushes, but became a separate app dubbed Paint 3D. Two years ago Microsoft published a support article discussing features that were to be "removed or deprecated" in Windows 10 Fall Creators Update - among various programs name-checked was Microsoft Paint. Seeing the negative reaction of users and the tech press Microsoft quickly U-turned and published a blog post titled MS Paint is here to stay. 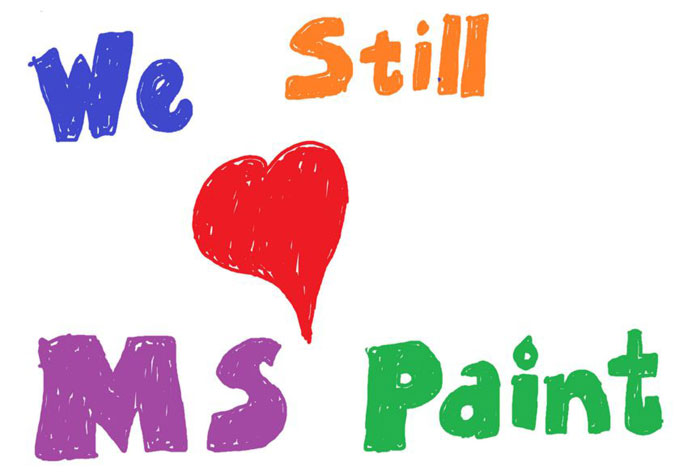 The above preamble brings us to the present day and once again the humble Microsoft Paint (and WordPad) appears to be on the virtual chopping block. This time around, as spotted by Windows Latest, Microsoft is subtly shifting Microsoft Paint (and WordPad) to become optional feature installs on Windows 10 20H1 Build 18963. It has seen this move in a preview of the OS which will be the next major Windows 10 update scheduled for the first half of 2020.

In Windows 10 20H1 Build 18963 you will find Paint and WordPad have joined programs like Internet Explorer and Windows Media Player in the list of optional features in Windows settings. A similar process lets you remove these programs. A reboot is required whichever way you go, says the source. 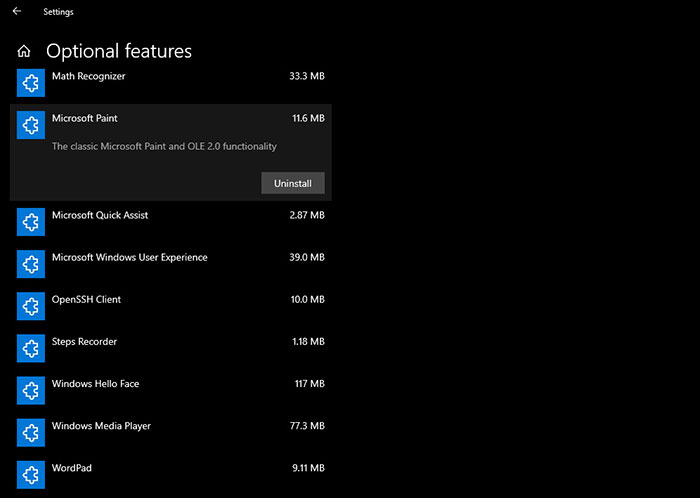 Eschewing the likes of Paint and WordPad only saves your system 11.6MB and 9.11MB respectively, so the politics of their relegation is obviously about tidying up, uncluttering and modernising rather than any disk space concerns.

The question is - will anyone miss the old Paint and WordPad this time around? I feel it is likely that protests will be muted with regard to Microsoft's move to elbow sideways these old standard apps - but we shall see.

Not used either for so many years, I'd forgotten they were there.
Posted by azrael- - Tue 20 Aug 2019 12:35
I use Paint regularly. Wordpad not so much. Would be sad to see either go, though.
Posted by philehidiot - Tue 20 Aug 2019 12:41
I use paint and notepad routinely. Wordpad is kind of in a no man's land in that I'll either want a full on word processor or a stripped down, simple notepad. That said, it is useful for people who don't have an office suite installed for whatever reason.
Posted by MaddogPepper - Tue 20 Aug 2019 12:42
There are so many better and free alternatives, why do people struggle to let go and move on so much. The applications are well beyond their use by date.
Posted by Dashers - Tue 20 Aug 2019 12:58
I use paint for basic clipboard and highlight/crop activity, but if it wasn't installed I wouldn't choose to install it almost definitely find something else, such as Paint.NET.