Back in early December Microsoft officially confirmed that it will be ditching the EdgeHTML rendering engine used by its Edge desktop browser. In its blog post Microsoft concentrated on the positive aspects of its decision; it will collaborate with open source developers and help improve the code for everyone, Edge would be updated more often, and Edge would come to more platforms. 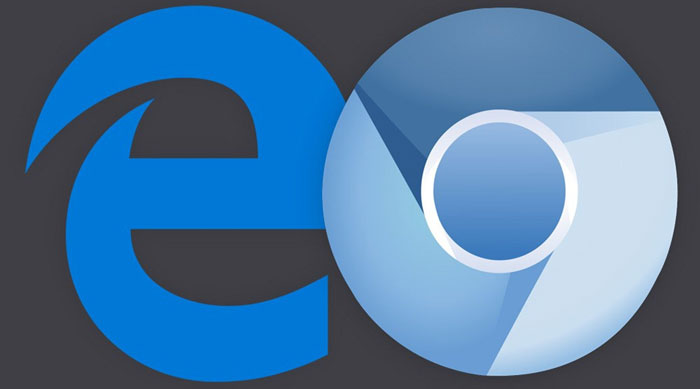 Behind the scenes, and the positive spin outlined above, the decision by Microsoft was a little more forced by outside, possibly malignant, forces - according to a former Edge team intern writing on Hacker News, via NeoWin.

Joshua Bakita suggests that Microsoft simply "couldn't keep up" with changes Google made to its sites that "broke other browsers". He cites an example with YouTube and how Microsoft could once boast that it was leagues ahead in power efficiency. Apparently Google made a change to YouTube code with "a hidden empty div over YouTube videos," that caused Edge optimisations to stumble. With Edge's twice a year updates as part of Windows this 'feature' was only fixed in the Win 10 October update.

When Microsoft implements the Chromium-based Edge, the browser will be separated from the OS, and be updated independently and more frequently. Users should no longer suffer from sub-optimisations from Google's web app coders. Hopefully this doesn't mean Google will spend more time making YouTube, Maps, Docs etc suboptimal for Firefox users.

I've reproduced the full post from Hacker News by Bakita below, for reference.

"For example, they may start integrating technologies for which they have exclusive, or at least 'special' access. Can you imagine if all of a sudden Google apps start performing better than anyone else's?"

This is already happening. I very recently worked on the Edge team, and one of the reasons we decided to end EdgeHTML was because Google kept making changes to its sites that broke other browsers, and we couldn't keep up. For example, they recently added a hidden empty div over YouTube videos that causes our hardware acceleration fast-path to bail (should now be fixed in Win10 Oct update). Prior to that, our fairly state-of-the-art video acceleration put us well ahead of Chrome on video playback time on battery, but almost the instant they broke things on YouTube, they started advertising Chrome's dominance over Edge on video-watching battery life. What makes it so sad, is that their claimed dominance was not due to ingenious optimization work by Chrome, but due to a failure of YouTube. On the whole, they only made the web slower.

Now while I'm not sure I'm convinced that YouTube was changed intentionally to slow Edge, many of my co-workers are quite convinced - and they're the ones who looked into it personally. To add to this all, when we asked, YouTube turned down our request to remove the hidden empty div and did not elaborate further.

And this is only one case.

Posted by DanceswithUnix - Tue 18 Dec 2018 13:55
Someone from a company with a history of intentionally breaking other people's code assumes another company intentionally broke their code?

Oh come on, this is all drivel. For starters, Edge could have been pulled out of the 6 month OS update cycle without changing the rendering engine. There just isn't any logic to saying the use of Chromium and more regular updates are related. The idea that Microsoft are good web citizens being hard done by is laughable.
Posted by spacein_vader - Tue 18 Dec 2018 14:02
They've been pulling stunts like this for a while, like the one Mozilla flagged previously: https://www.techradar.com/news/mozilla-claims-google-has-made-youtube-perform-worse-on-edge-and-firefox

The irony on MS suffering at the hands of another firms monopoly power (remember ActiveX?) is not lost on me.
Posted by Corky34 - Tue 18 Dec 2018 14:19
I'm more surprised they didn't play tit-for-tat by not doing something to Windows in order to cripple Chrome.