Windows 10 comes with various pre-installed apps which vary in their usefulness and appeal. When there are system updates you might have more of these apps foisted upon your PC system. Furthermore, some PC systems vendors add many more apps to this list to 'add value', like all those Asus, HP, Lenovo, (and insert your system vendor here) utilities. 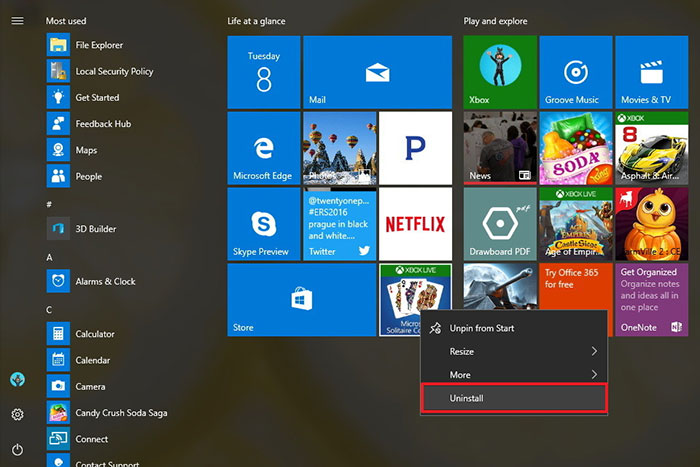 Windows allows third party pre-installed bloat to be uninstalled once your system has been set up - but it currently doesn't let you simply remove Microsoft's own apps, even if they are of no use to you or your system's operation. Example apps in this category include; 3D Viewer, Groove Music, Movies & TV, Mail, Paint 3D, Snip & Sketch, and Voice Recorder.

Thurrott.com reports that in the next major Windows 10 update, codenamed 19H1, the option to uninstall Windows apps as listed above, and more, will be enabled. Windows Insiders in the Fast Ring and Skip Ahead rings who have updated to build 18262 of Windows 10 19H1 now have the ability to uninstall these apps and free up disk space and Start Menu space.

Other highlights of the latest update as observed by Thurrott are; improvements in Windows 10 troubleshooter, improvements in Narrator, and the ability to check for DPI aware apps in Task Manager.

The effect of the Spectre and Meltdown patches on various OSes was seen to be pretty bad, especially with some server/networking applications. However, industry players like Intel and Microsoft sought to play down the effects.

Neowin reports that slowdowns seen on PCs could soon be minimised to 'background noise' levels, thanks to the use of the 'Reptoline kernel' in Windows 10 19H1. Microsoft is said to be using this Google engineer inspired approach to mitigating the effects of Spectre and Meltdown and 19H1 has this kernel enabled by default. 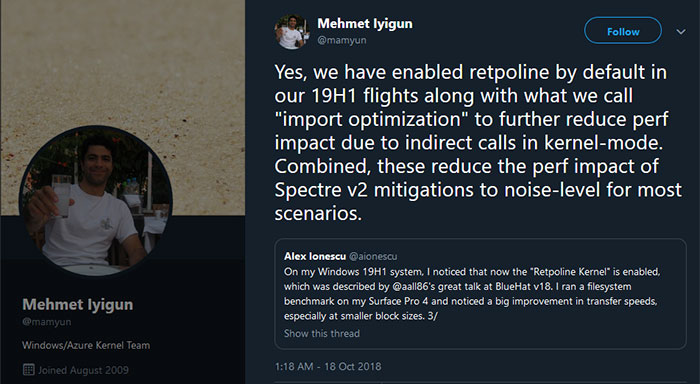 This info came out as the Windows kernel team's Mehmet Iyigun‏ explained to a Surface Pro 4 user, on Twitter, that the "big improvement" in a filesystem benchmark was due to Reptoline being enabled.

atemporal
what about cortana? and telemetry? Let me get rid of those and I'll upgrade happily

If they did that, and also changed it so that users have choice over what gets installed and when, as in Windows 7, THEN I'd be interested.

EDIT: And ideally if it also allowed the uninstallation of those listed by Faiakes below as not being able to be removed despite being on the new build.