G.Skill has written to HEXUS to boast of a new memory frequency world record. Yesterday you will have noticed that Intel let loose a wide range of 10th Gen Core processors for desktops, AKA the Comet Lake-S series (or CML-S) processors. HEXUS reviewed the choice new Intel Core i9-10900K and Core i5-10600K processors. Meanwhile, overclockers got to share their results from pushing the new silicon to its max. 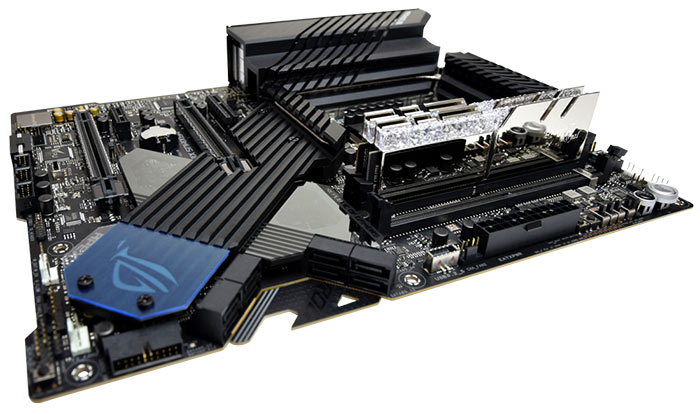 G.Skill was thrilled that the new platform enabled it to claim another world record, in close collaboration with the Asus ROG team. Its lustrous Trident Z Royal DDR4 memory, combined with the latest Intel Core i9-10900K processor, and Asus ROG Maximus XII APEX motherboard (based on the new Intel Z490 chipset), managed to achieve 3,332.7MHz (DDR4-6666).

Above you can watch a video of the moment when the DDR4-6666 record was gained by the Asus ROG OC team. You will note that the record was achieved a week ago but kept secret until the NDA was lifted yesterday.

The new Asus ROG Maximus XII Apex is the fourth generation of the line, bringing to bear the experience of both Asus and the elite overclockers who often look to this series to base their record attempts on. Asus highlights that the new motherboard features "16 teamed power stages, each capable of producing a whopping 70A of current with enviable efficiency," as well as two eight-pin power connections with ProCool II construction, DDR4 DIMM slots using the shortest possible trace lengths, and Asus OptiMem III design. 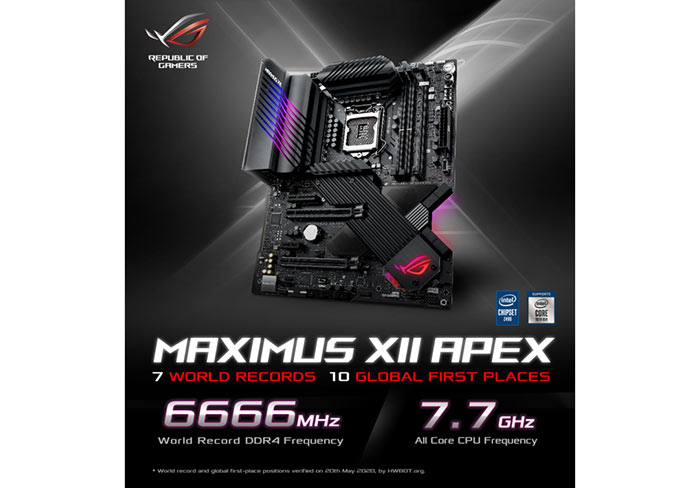 Below I've collected the tables of achievements for the Asus ROG Maximus XII Apex. On the left you can see the seven new world records, on the right a table of ten global first place finishes with the Maximus XII Apex and 10th Gen Core CPUs.

Perhaps a motherboard like the Asus ROG Maximus XII Apex is not for you. Alongside the CML-S processor releases yesterday Asus launched a wide range of new Intel Z490 motherboards and it has an article dedicated to helping you choose the right one, again on its Edge Up blog. 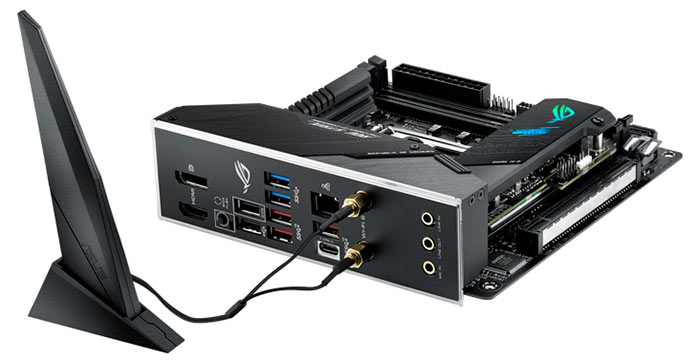 Helpfully Asus UK has emailed us the UK SRP pricing of its new Z490 range. Checking the list below will at least help you decide which boards are worth looking at, in line with your budget.

afiretruck
Have motherboards always been this expensive?

10 years ago I spent £250 on one of the best available. prices now for some chip sets are insane and the best boards cost more than my build did