Samsung has announced that it has begun mass producing the industry's first 12-gigabit (Gb) LPDDR5 mobile DRAM. The new RMA chips are destined for the latest and greatest flagship smartphones being readied for launch in the coming months (lie the Galaxy Note10). Particular benefits users might feel with the equipping of LPDDR5 mobile DRAM will be evident in the fields of 5G and AI applications, reckons Samsung.

Jung-bae Lee, EVP of DRAM Product & Technology, at Samsung Electronics said that the new 10-nanometer (nm) class memory modules will be important to early adopters of 5G worldwide. Lee added that Samsung is "committed to rapidly introducing next-generation mobile memory technologies that deliver greater performance and higher capacity," and will continue to pioneer in the premium memory market.

1.3x faster, up to 30 per cent more power efficient 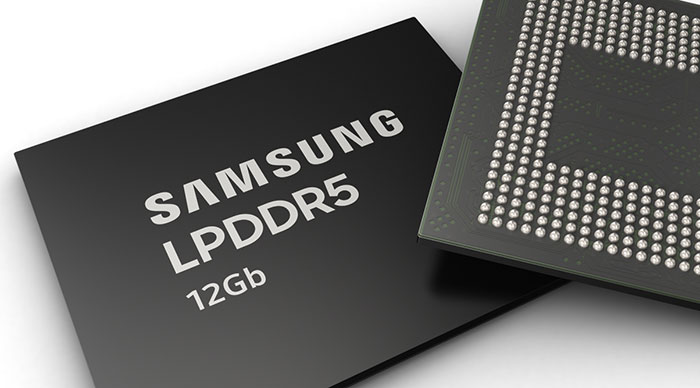 Samsung asserts it will continue to push next-generation mobile memory technologies above, and it is expecting to develop 16Gb LPDDR5 next year to keep ahead of its competition. Meanwhile, depending upon demand for the headlining memory chips, the firm has indicated it has flexible Korean manufacturing capacity for scaling up 10nm class 12Gb LPDDR5 production.