HEXUS reported on the launch of the InWin 309 in the summer of 2019. This mid-tower chassis was quite eye-catching with its aRGB LED 'dot matrix' front – yes, the entire front of the chassis was taken over by what is effectively a 8x18 (144) pixel display. Two lucky HEXUS readers won InWin 309 cases during our 2020/21 Epic Giveaway event.

From the outset, InWin had thought up quite a few ways for users to enjoy its vivid case-front lighting matrix. The included Glow software provided 12 lighting modes, including pixel animation looping, music reaction modes, and one that reacted to the sounds around you. The lighting could be synced with other aRGB components in your PC like fans and peripherals. 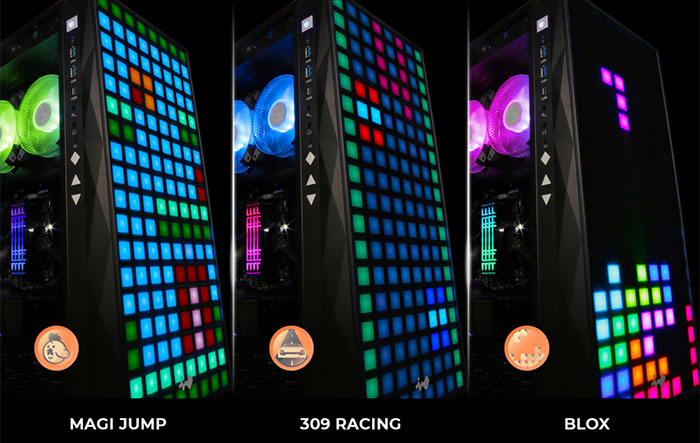 Two years after the launch of the original InWin 309 and the crazy case makers have come up with the new InWin 309 Gaming Edition, snappily described as "a true gaming chassis". Its key feature elevating it beyond the original model is its dedicated gamepad and trio of front panel playable games; Magi Jump, Racing, and Blox. Have a look at the video above for an idea about how these simple games work. From the brief glimpse of action we get to see, the racing and platformer games look somewhat too low-fi to be enjoyable, but Blox (Tetris-alike) looks like it could be passable.

What if you have a previous InWin 309 model? It appears that you won't be able to play these titles, as InWin doesn't mention any such upgrade for existing owners in its product page or press release, or any separate sale of the game controller. Moreover, it says that the Glow X Software v1.0.1.4 for installing these games is "for 309 GE only". 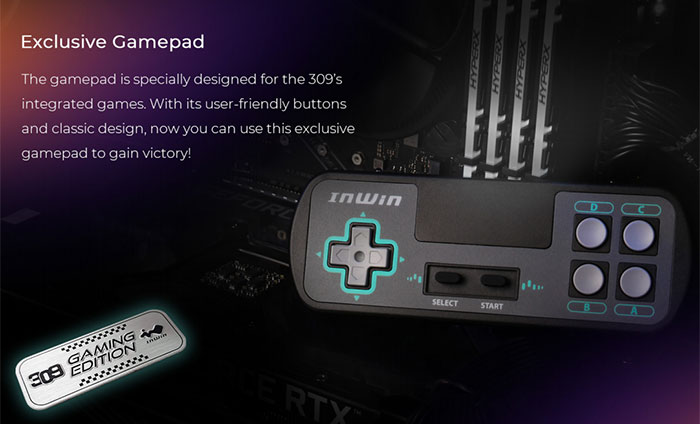 If you buy the InWin 309 Gaming Edition, you get the up to E-ATX supporting case plus four Saturn ASN120 aRGB fans pre-installed. The specs/max compatibility are otherwise identical to the original model. 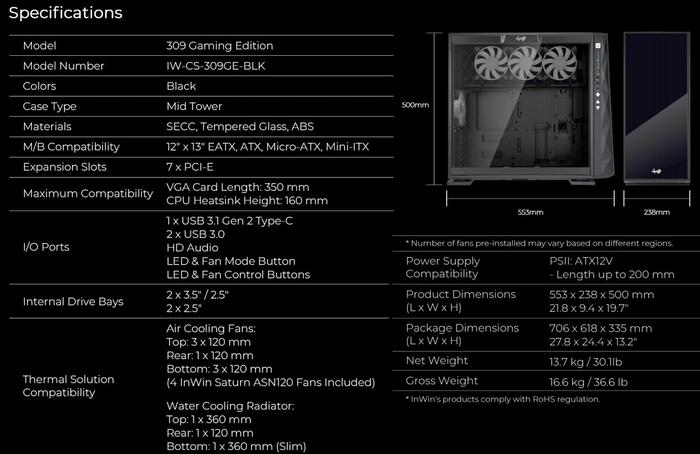 I don't have any InWin 309 Gaming Edition availability or pricing information at the time of writing.

You mean, "A TURE gaming chassis"…..
I honestly don't think I'd buy a product from a company that cannot spell-check its own marketing videos. Might have been forgivable if they'd included a handy docking recess in which to store and charge the controller, but they don't appear to have even done that right.

You mean, "A TURE gaming chassis"…..
I honestly don't think I'd buy a product from a company that cannot spell-check its own marketing videos. Might have been forgivable if they'd included a handy docking recess in which to store and charge the controller, but they don't appear to have even done that right.

Plus it just looks ridiculous. It should be a full-on display panel, at least.

KultiVator
Doesn't matter how nasty something is… someone will buy it ;-)

I recently saw a light up…uh…. plug for ladies with short skirts. It had RGB and they showed a woman on a night out wearing it with RGB glory coming from down her skirt.

Her facial expression was “my modelling agent said nothing about this when I signed up”.