In mid March this year Samsung started to roll out a free Galaxy device sanitising service worldwide. It sounded a good idea as people could pop into their local Samsung Service Centre or Samsung Experience Store to get their smartphones sanitised, alongside accessories like smart watch or earbuds via a strong dose of UV-C, claimed to be fatal to bacteria, germs, and viruses. However, Covid-19 has spread so rapidly and strongly that Samsung Service Centres around the world closed down in the lockdown, alongside most other non-essential shops you might have visited in towns and cities at the start of 2020.

At the time I pointed out that there were third party home UV phone sterilisers available via various retailers. These chemical-free device cleaners were quite numerous and available in the UK from as little as £20 inc delivery. Now Samsung has seen fit to promote its own 'Designed for Samsung' UV steriliser, and has started to sell it in Hong Kong. 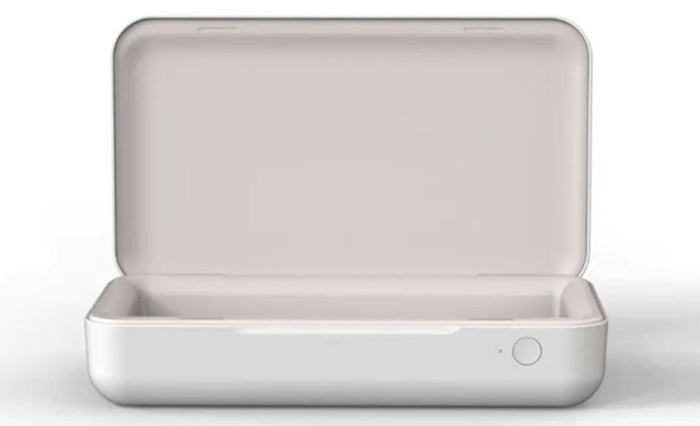 Samsung's partner device is called the ITFIT UV Steriliser with Wireless Charging. As per its name it is a dual-function device, offering a useful combo of cleansing and charging. Samsung says it has the capacity to fit large devices such as the Galaxy S20 Ultra (which measures 166.9 x 76 x 8.8mm, fact fans).

Device sterilisation takes 10 minutes, after you click the ITFIT's solitary power button. The dual-lap UV cleaning system is claimed to kill 99 per cent of bacteria in that short time period. Samsung indicates that the UV lamp intelligently switches itself off after the sterilisation period, as users might leave the device wireless charging in this for hours.

The Samsung ITFIT uses the Qi wireless charging standard, so you aren't tied to Galaxy device compatibility, in case you were worried. Of course you can shove other gadgets in like your Galaxy Buds, or things like spectacles or keys. 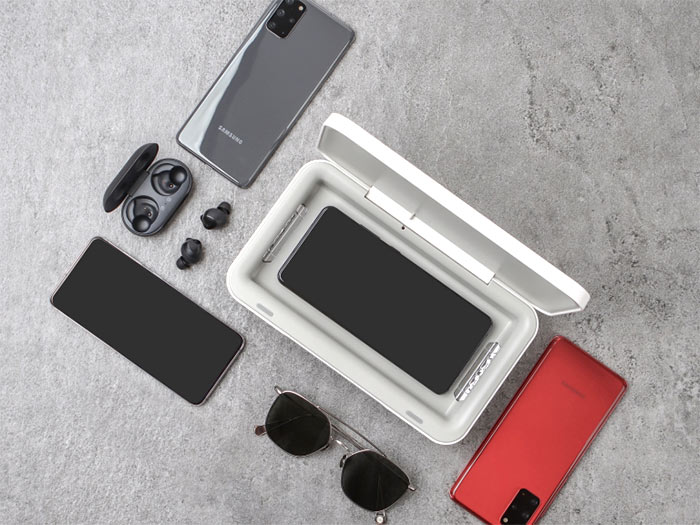 As for availability and pricing, the ITFIT is definitely coming to Hong Kong, and it has been spotted for sale in Thailand for the equivalent of approx £41.

Posted by Tabbykatze - Fri 03 Jul 2020 13:57
Seeing as I'm the only person who is going to touch my phone and it stays in my pocket or in my hand at all times when i'm out of the house, I really don't see a need for this?

I mean, I know my phone is statistically more covered in excrement than my toilet seat but will this really help?
Posted by Yoyoyo69 - Fri 03 Jul 2020 14:02

Tabbykatze
Seeing as I'm the only person who is going to touch my phone and it stays in my pocket or in my hand at all times when i'm out of the house, I really don't see a need for this?

I mean, I know my phone is statistically more covered in excrement than my toilet seat but will this really help?

I've a feeling statistics like this are attained from a test bed of disgusting users with terrible hygiene or terrible habits privately.
Posted by Yoyoyo69 - Fri 03 Jul 2020 14:03
^obtained……..^
Posted by philehidiot - Fri 03 Jul 2020 14:40
1) “Samsung indicates that the UV lamp intelligently switches itself off after the sterilisation period” - so the UV bulb is attached to a 10 minute timer. That's not intelligent, that's a timer.
2) Will UV-C make the glass more brittle or, if it contacts it, degrade O ring seals and glue? The UV cleaners I've used tend to be used only on disposable products which degrade themselves faster than UV will impact them. The long lasting parts don't get UV exposure.
3) Just… wipe…. it…. down. I use detergent wipes, IPA wipes and / or chlorhexadine wipes regularly on my phone and I've never seen any ill effects. Certainly wouldn't use IPA every day, but as an occasional use when it has been with me in a contaminated environment, it hasn't caused any problems. Detergent wipes seem just fine for regular use.
4) “The dual-lap UV cleaning system is claimed to kill 99 per cent of bacteria in that short time period.” - viruses not mentioned. And I'm guessing that's “lamp”. Unless grandpa's lap is now emitting UV.

As for whether it'll help. It could. You're dealing with airborne aerosols which can easily land on your phone whether it's in your hand or not. Plus your hand touching contaminated surfaces, etc and then something else (like a phone) is the main way cross contamination occurs for most infectious diseases. Myself, I just wipe this stuff down. If I have a spare wipe, I'll do phone, pen, wallet, etc. But my work is what makes that sensible and there's always the potential for getting paranoid and going over the top with stuff like this.
Posted by chj - Sat 04 Jul 2020 21:24
This would work for viruses too but as philehidiot said, it would be more effective to just wipe it. Quicker, cheaper and less fuss. Also I'm not sure how the UVC would affect the materials of your phone, earbuds etc. I know it can cause crazing on some plastics if used in conjunction with IPA.

Tabbykatze I think it's because phones are touched so much that whenever you get your hands dirty you'll transfer it to the phone. Then after washing your hands your phone will be like a reservoir and recontaminte them when you use it again (small risk I know).