Microsoft Flight Simulator developers Asobo Studio have been releasing significant updates to the regional content at quite a pace since the game launched. Content updates so far have covered regions such as the US, Japan, and most recently, the Nordics. The last time the game updates featured in the HEXUS news was due to the "massive" UK and Ireland data expansion being launched with 70+ new points of interest in fine detail, photogrammetry improvements, and new airports added.

These updates have been made very welcome by the flight sim fans that have bought and play this game. However, the game has gained a bit of a reputation for its system requirements – or in other words, you better have a powerful system if you expect good performance. It has even been referred to by some tech media commentators as the Crysis of the 2020s.

In a recent livestream, Asobo Studio CEO Sebastian Wloch said that the next update to the game is going to set its sights on performance, with several parts of the game engine re-written. Wloch showed off some side-by-side footage of Microsoft Flight Simulator 'Sim Update 4' and 'Sim Update 5' on his own PC. In brief, flying over the same area (Manhattan Island), his 4K frame rate doubled. 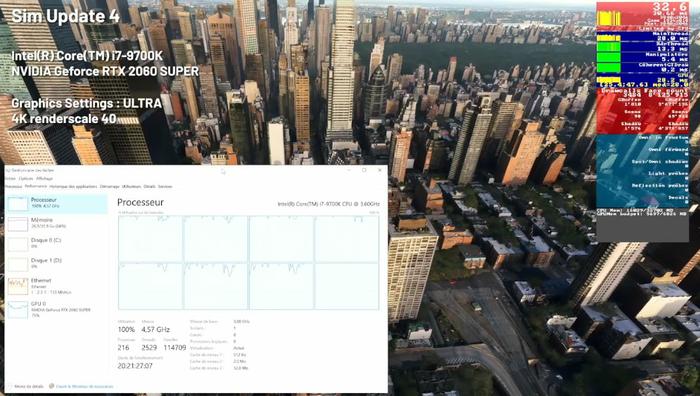 Wloch's PC has the following specs; Intel Core i7-9700K, an RTX 2060 Super, plus a 4K monitor. With 'Sim Update 4' this system achieved an average 30fps over Manhattan, but the new update showed the fps maxing out at 60fps (perhaps his monitor limit) with some dips into the lower 50s. Incidentally, the game isn't running under the DX12 API yet, that still has to be implemented. It was interesting to observe that the CPU was the bottleneck in 'Sim Update 4', but the GPU became the limiting factor in the new update. 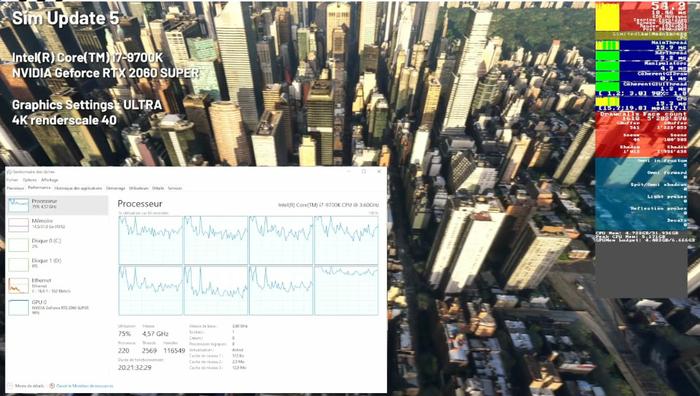 These performance updates will be arriving just in time for the release of MSFS on the Xbox Series X/S consoles. On these consoles the frame rate is going to be locked at 30fps (1080p for the Xbox Series S, 4K for the Series X) unless you have a TV which supports Variable Frame Rates. This game supports Auto HDR on Windows 11 and Xbox.

This performance focussed update should arrive towards the end of July, and the Xbox game release date is scheduled for 27th July.

kalniel
He's ‘only’ running it at 40% of 4k, according to the render scale. Nonetheless, impressive more than halving of drawcalls has helped with the CPU bottleneck massively.

CAT-THE-FIFTH
I was reading they have also made the engine thread better too.

Yeah - they moved cockpit reflections to it's own thread which has been a big gain apparently.