You are here:
PC Xbox News

343 Industries has announced that "Halo 4 will officially arrive on PC as a part of Halo: The Master Chief Collection," on Tuesday, 17th November. The original Halo 4 game arrived on the Xbox 360, as an exclusive, way back in 2012. Then in 2014 was made available to Xbox One gamers as part of the original Master Chief Collection. Now, eight years after it first became available, Halo 4 is about to make its debut on the PC platform in its remastered livery.

Above is the official trailer for the game arriving on PC shortly. As with other PC editions in the Master Chief Collection it features improved graphics with support for modern multiple monitor and aspect ratios, as well as increased FPS limits.

PC gamers have a number of options to acquire / play Halo 4. It will be made available standalone as a $10 (£7) title, or as part of the Master Chief Collection which costs $39 (£29). The bundle also includes Halo Reach, Halo: Combat Evolved Anniversary, Halo 2 Anniversary, Halo 3, Halo 3: ODST as well as Halo 4). Then there are Microsoft's Xbox Game Pass subscriptions too. 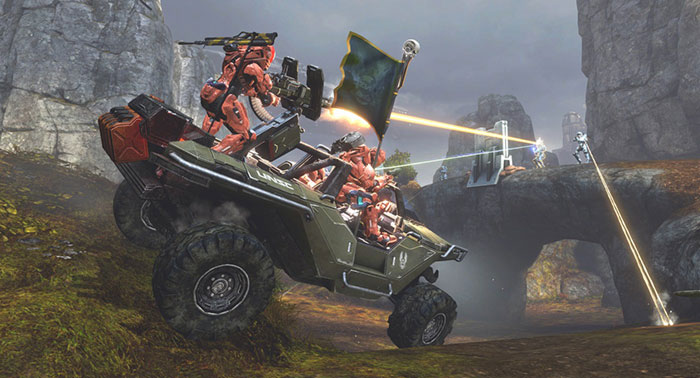 If you buy an Xbox Series X or Series S the Master Chief Collection will be available on these new consoles too, including the Halo 4 remaster. This will give the new console gamers some Halo to play while they wait for the delayed Halo Infinite.

Posted by MarkI - Fri 20 Nov 2020 11:08
It still gives me a shock to see Halo advertised on PC platforms like Steam, even after being around to play Halo + Halo 2 on pc. Looking forward to the obligatory “lessons we learned” post from the devs again
Posted by bowepa - Mon 30 Nov 2020 07:19
Halo was my favourite game couple of years ago.Maybe I will give it a chance again when I complete building my PC.