Microsoft has announced the release date for its highly anticipated PC flight simulator. The Microsoft Flight Simulator game will be available to purchase and play from 18th August, according to an Xbox Wire news bulletin. You can pre-order the sim right now via the Windows Store, if you are running Windows 10. If you are really keen to take off you might even be tempted to sign up for the Xbox Game Pass for PC which will give you immediate beta access to Microsoft Flight Simulator.

Microsoft plans to make its flight simulator available in three editions. The entry price is $59.99 for the Standard Edition. This includes "20 highly detailed planes with unique flight models and 30 hand-crafted airports". This is the version you can play now if you get beta access. The Microsoft Flight Simulator Deluxe Edition costs $89.99 and adds five additional planes with unique flight models plus five more handcrafted international airports. 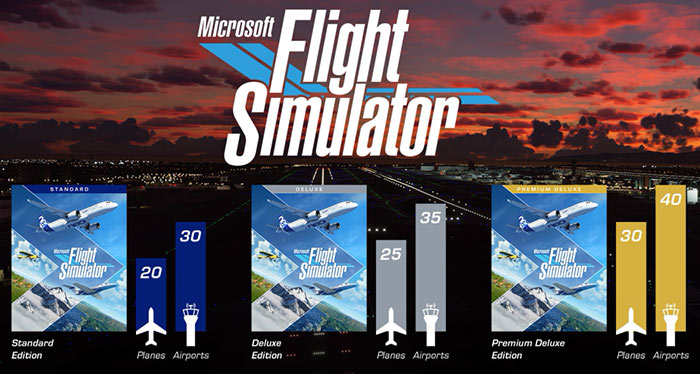 Some of the world's biggest airports seem to be reserved for the more expensive game editions, and UK dwellers might be disappointed that the only airport available on the UK mainland, Heathrow, is one of the Premium Deluxe Edition extras. 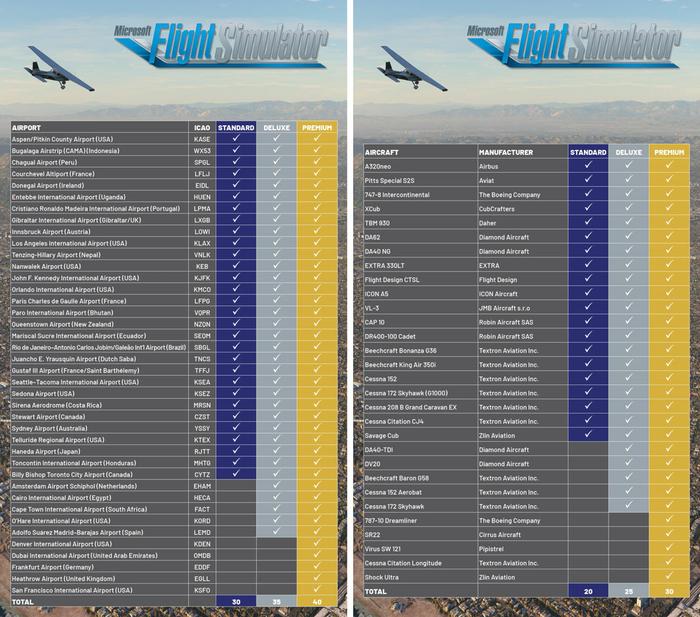 You won't be limited to digital purchases for this game, Microsoft is going to distribute retail disc versions in Europe via Aerosoft.

To recap on the appeal of the latest outing of the Microsoft Flight Simulator, which first launched for PC in 1982, I have reproduced Microsoft's key features promotional blurb below. It is also worth a peek at the 4K trailer I have embedded, top.

There are 37000 airports, including 30 detailed airports in the basic version.
Posted by Spud1 - Tue 14 Jul 2020 11:39
Indeed the premium airports are the more detailed “hand crafted” ones - you can still fly to/from pretty much anywhere, but you will get a more basic and potentially templated airport afaik.

Has anyone figured out how to do this? I have gamepass for PC and have done the “Pre install” (which is just a 12mb download, probably just the launcher…) but can't find anything about beta access.

edit: according to https://www.extremetech.com/gaming/312591-flight-simulator-2020-beta-starts-july-30 and other sources, the beta isn't until the 30th and you are not guaranteed access…maybe a confusion due to the constant use of the “Beta” tag by microsoft whenever they mention gamepass for PC? :)